Accessibility links
Nearly 10 Million Filed For Unemployment In Last 2 Weeks, A Dismal Record : Coronavirus Updates The staggering number of people claiming jobless benefits set a new record for the second week in a row. Much of the country has been ordered to stay at home, bringing the economy to a lurching halt. 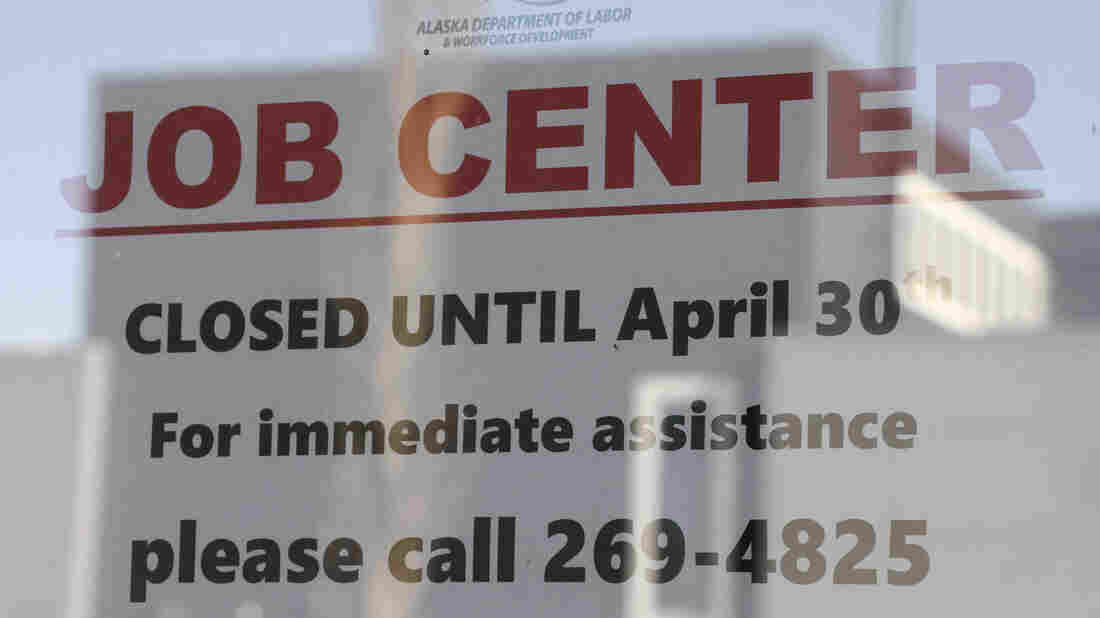 With much of the country ordered to stay at home, countless businesses have shut down and millions are out of work. Mark Thiessen/AP hide caption 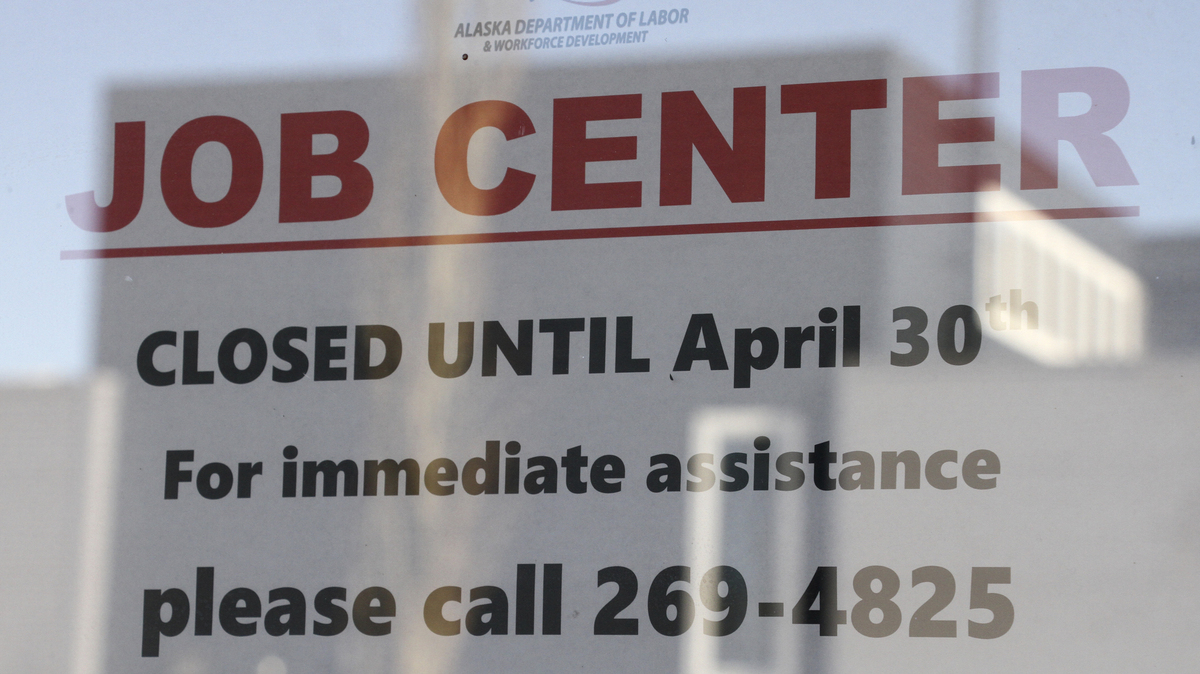 With much of the country ordered to stay at home, countless businesses have shut down and millions are out of work.

In the prior week, ending March 21, a revised 3.307 million initial claims were filed.

In just two weeks, nearly all of the jobs gained in the last five years have been lost.

Much of the country has been ordered to stay at home for at least several weeks to help fight the spread of the coronavirus. That has forced most businesses to close — bringing the economy to a lurching halt and throwing millions of people out of work.

Analysts said the numbers for the earlier week would have been even higher but many states' employment websites were overwhelmed, making it difficult for applicants to get through. A year earlier, the weekly total was just 211,000.

Thursday's report is only a hint of things to come for the economy.

The unemployment rate — which has been at a nearly 50-year low of 3.5% — is expected to shoot up, with some estimates putting it at 15%. Friday's employment report for March is not expected to reflect the full impact because it's based on surveys conducted before massive layoffs began.

But forecasters at Oxford Economics project about 20 million people will lose their jobs in the coming weeks. And Goldman Sachs expects the economy to shrink at a record 34% annual rate in the next quarter.