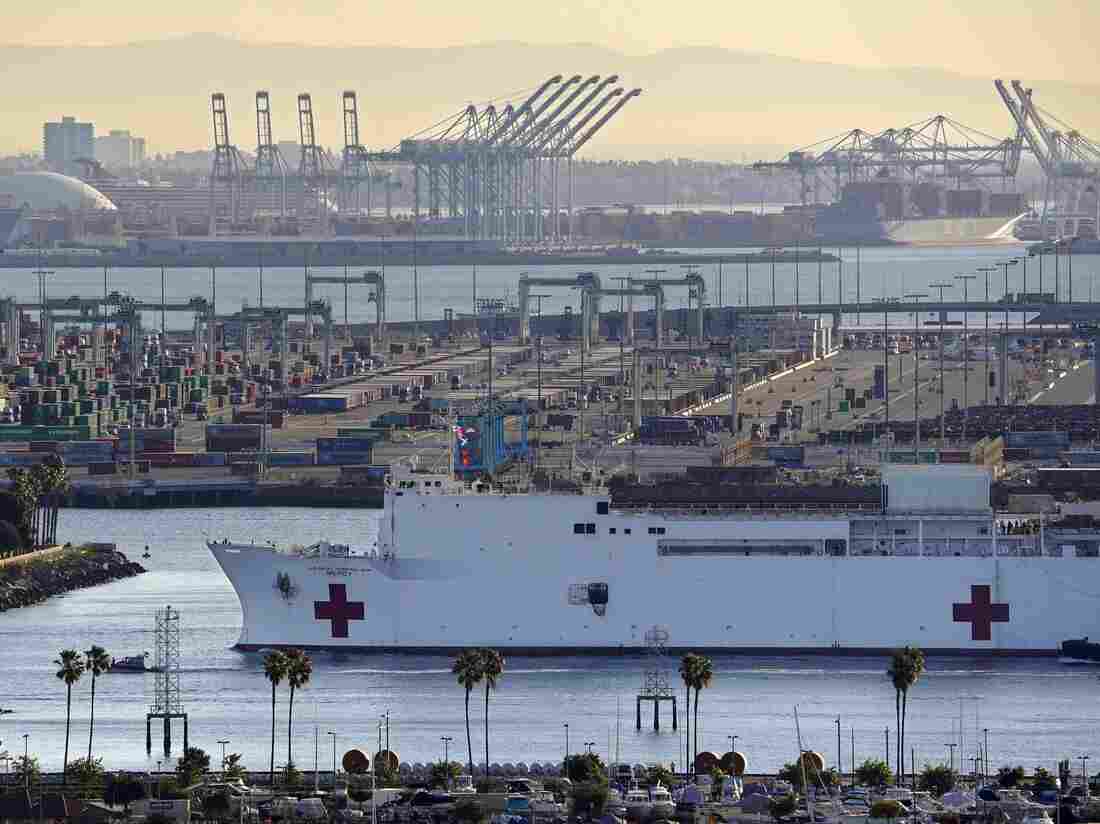 Prosecutors say the USNS Mercy, seen last week entering the Port of Los Angeles, was the target of a train engineer's unsuccessful attack on Tuesday. The derailed train slid to a halt more than 250 yards from the hospital ship. The Mercy was unharmed, and no one was injured. Mark J. Terrill/AP hide caption 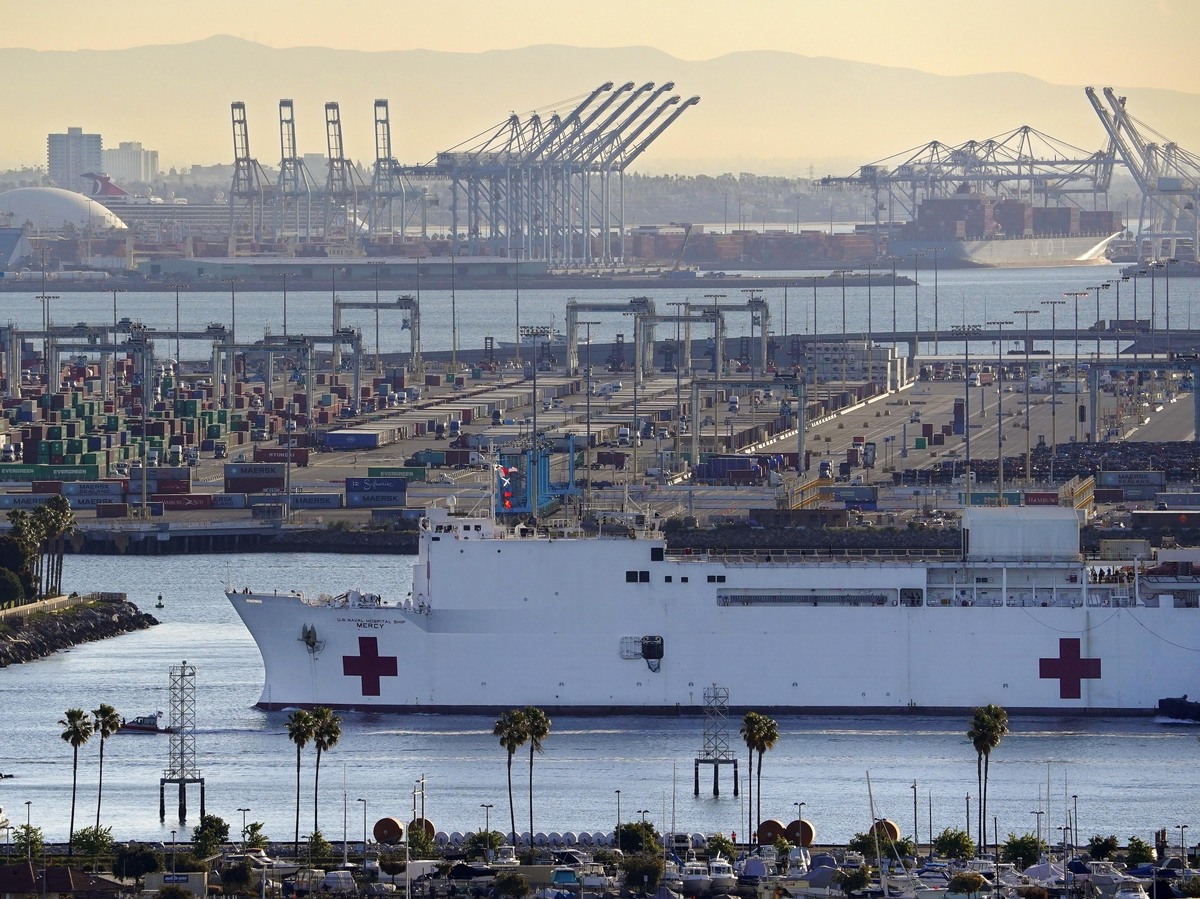 Prosecutors say the USNS Mercy, seen last week entering the Port of Los Angeles, was the target of a train engineer's unsuccessful attack on Tuesday. The derailed train slid to a halt more than 250 yards from the hospital ship. The Mercy was unharmed, and no one was injured.

A train engineer told police in Los Angeles that he intentionally crashed his locomotive at high speed near the USNS Mercy hospital ship in what seems to be a bizarre attempt to expose a perceived conspiracy.

Eduardo Moreno said he doesn't believe "the ship is what they say it's for," according to the U.S. Attorney's Office in Los Angeles.

The freight locomotive was traveling at a very high speed when it crashed through barriers, plowed under a highway overpass and skidded to a stop more than 250 yards from the Mercy. The ship was not harmed during the attempted attack, and no injuries were reported.

The Mercy is stationed in the Port of Los Angeles to help cope with the coronavirus crisis. But Moreno, 44, told law enforcement officers after the incident Tuesday afternoon that he is suspicious of the U.S. military vessel.

"You only get this chance once. The whole world is watching. I had to. People don't know what's going on here. Now they will," Moreno allegedly told a California Highway Patrol officer who apprehended him immediately after the incident.

Moreno then attempted to flee the scene, only to be taken into custody by the highway patrol officer.

The attorney's office adds that video footage recorded from inside the locomotive shows that at the time of the crash, Moreno was in the cab holding a lighted flare.

Admitting to driving the train off its rails and toward the water, the engineer said that "he did it out of the desire to 'wake people up,' " the U.S. Attorney's Office says, citing an affidavit filed along with the criminal complaint.

Moreno now faces a federal charge of one count of train wrecking — a crime that carries a maximum penalty of 20 years in prison.

The freight locomotive was operated by Pacific Harbor Line, which handles rail transportation and related services at the Port of Los Angeles.

The Mercy arrived in L.A. over the weekend, part of a plan to use its 1,000 beds to relieve pressure on hospitals that are struggling to cope with COVID-19 patients. The white ship is a former oil tanker that was converted into a full-service hospital.