Accessibility links
Greece Records First Coronavirus Cases Among Refugees, Imposes Quarantine On Camp : Coronavirus Live Updates At least 20 refugees in a camp outside Athens have tested positive for COVID-19. Some 60,000 refugees live in camps in Greece, some crammed into tight quarters with little access to water or soap. 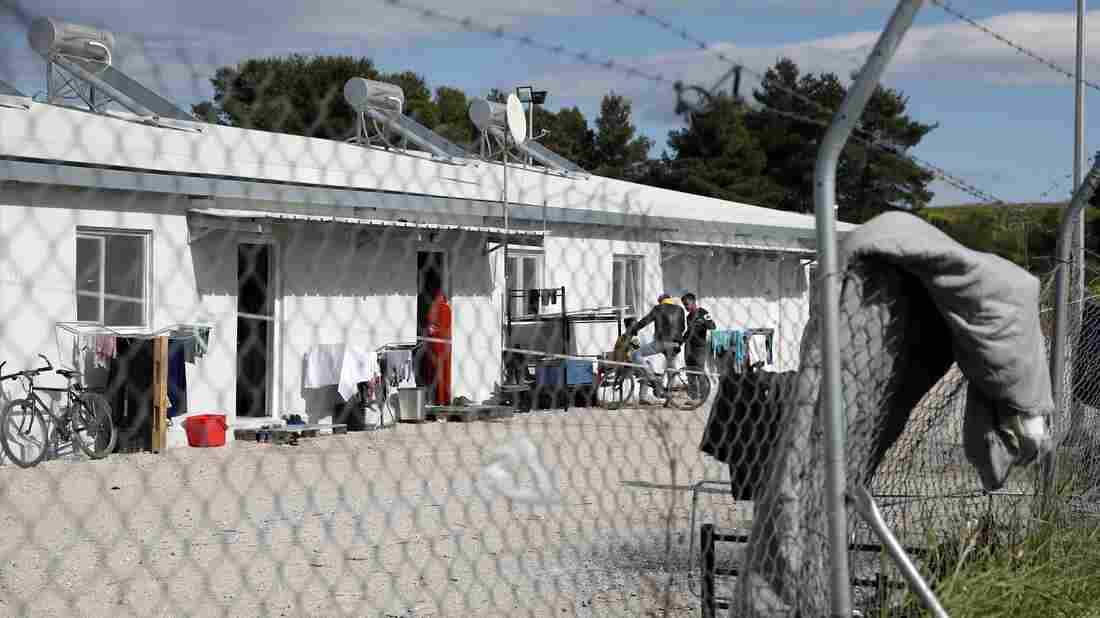 Migrants gather outside at a refugee camp in Ritsona, north of Athens, on Thursday. Greek authorities have placed the camp under a 14-day quarantine, after at least 20 residents tested positive for COVID-19 infection. Thanassis Stavrakis/AP hide caption 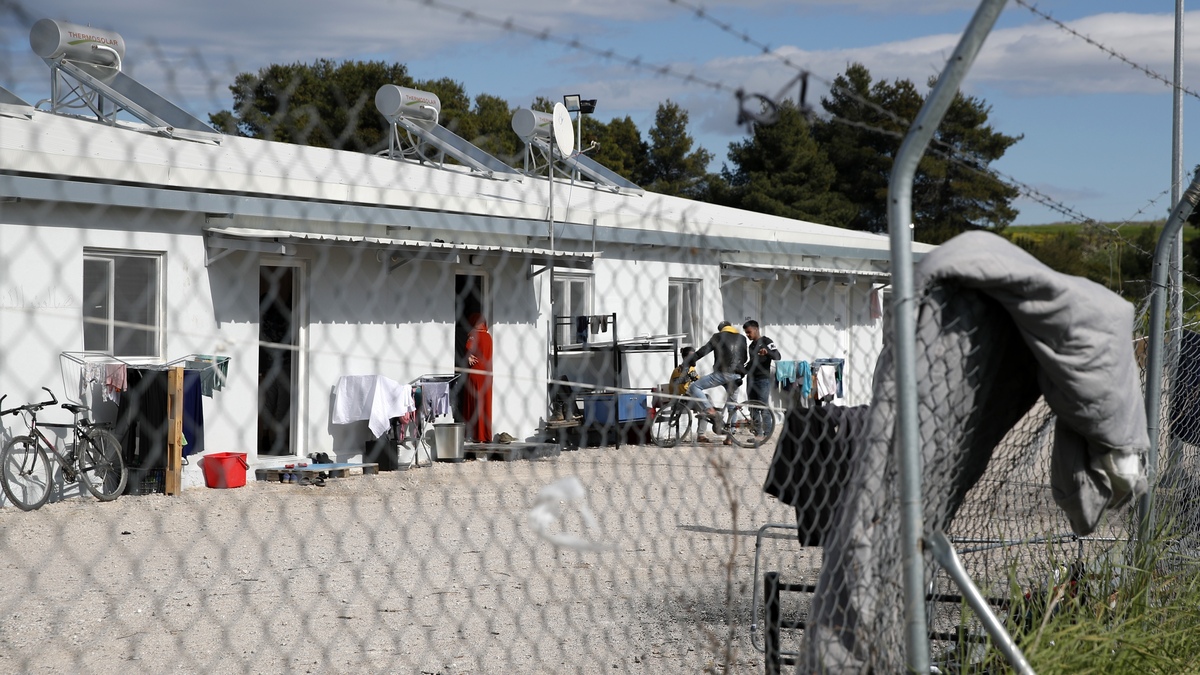 Migrants gather outside at a refugee camp in Ritsona, north of Athens, on Thursday. Greek authorities have placed the camp under a 14-day quarantine, after at least 20 residents tested positive for COVID-19 infection.

Since the outbreak of the coronavirus pandemic, medical personnel, human rights groups and others have warned of catastrophe if COVID-19 spreads to the roughly 60,000 refugees living in often-squalid camps in Greece.

Now the virus has arrived. This week, at least 20 refugees living in the Ritsona camp, near Athens, have tested positive for COVID-19. The camp is now on lockdown for the next two weeks.

"No one can go in or out" except for essential personnel like healthcare workers, Migration Minister Notis Mitarakis told Greece's SKAI radio on Thursday.

Authorities were first alerted earlier this week, when a 19-year-old resident of the camp tested positive for COVID-19 after giving birth at an Athens hospital. Healthcare workers immediately began testing more than 60 Ritsona camp residents who had come into contact with the woman. The 20 who tested positive for COVID-19 currently do not have symptoms, Greece's migration ministry says.

Refugee Camps Face COVID-19: 'If We Do Nothing, The Harm Is Going To Be So Extreme'

Testing of the 2,700 refugees living in Ritsona will continue during the 14-day quarantine.

"It is critical that everyone, including migrant[s] and refugees on the mainland and the islands, are ensured equal access to health services including prevention, testing and treatment, especially in times like these," said Gianluca Rocco, chief of the International Organization for Migration's mission in Greece.

Ritsona is one of Greece's better-maintained refugee camps. The worst camps are on the Aegean islands, where 41,000 asylum seekers are crammed into migrant centers designed to hold a few thousand.

At the most notorious camp, Moria, on the island of Lesvos, some areas have "just one water tap for every 1,300 people and no soap available," Dr. Hilde Vochten, the medical coordinator for Doctors Without Borders (MSF) in Greece, said in a statement in mid-March. "This means that recommended measures such as frequent hand washing and social distancing to prevent the spread of the virus are just impossible."

MSF, Amnesty International and Germany's Protestant Church federation, Evangelische Kirche Deutschland, have pleaded with the Greek government to move the refugees out of these camps and onto the mainland.

"Those seeking protection in the refugee camps face a catastrophe as soon as COVID-19 breaks out there," warned Bishop Heinrich Bedford-Strohm, chair of the Evangelische Kirche Deutschland council.

Mitarakis, the Greek migration minister, told members of the European Parliament's home affairs committee that there is no room on the Greek mainland for the refugees.

"We will strongly welcome any offers of relocation from member states that have capacity," he told the lawmakers Thursday, "because we cannot resolve this crisis instantly and alone."

The European Union is deeply divided on the issue of refugee relocation. On Wednesday, the European Court of Justice said three anti-migrant EU countries — Hungary, Slovakia and the Czech Republic — broke EU law by refusing to accept refugees under a EU-mandated relocation program.