Accessibility links
Coronavirus Relief: Cash Payments May Take 20 Weeks To Reach Some : Coronavirus Live Updates This time frame is longer than the estimate that Treasury Secretary Mnuchin gave when he negotiated the program for cash payments with congressional leaders. 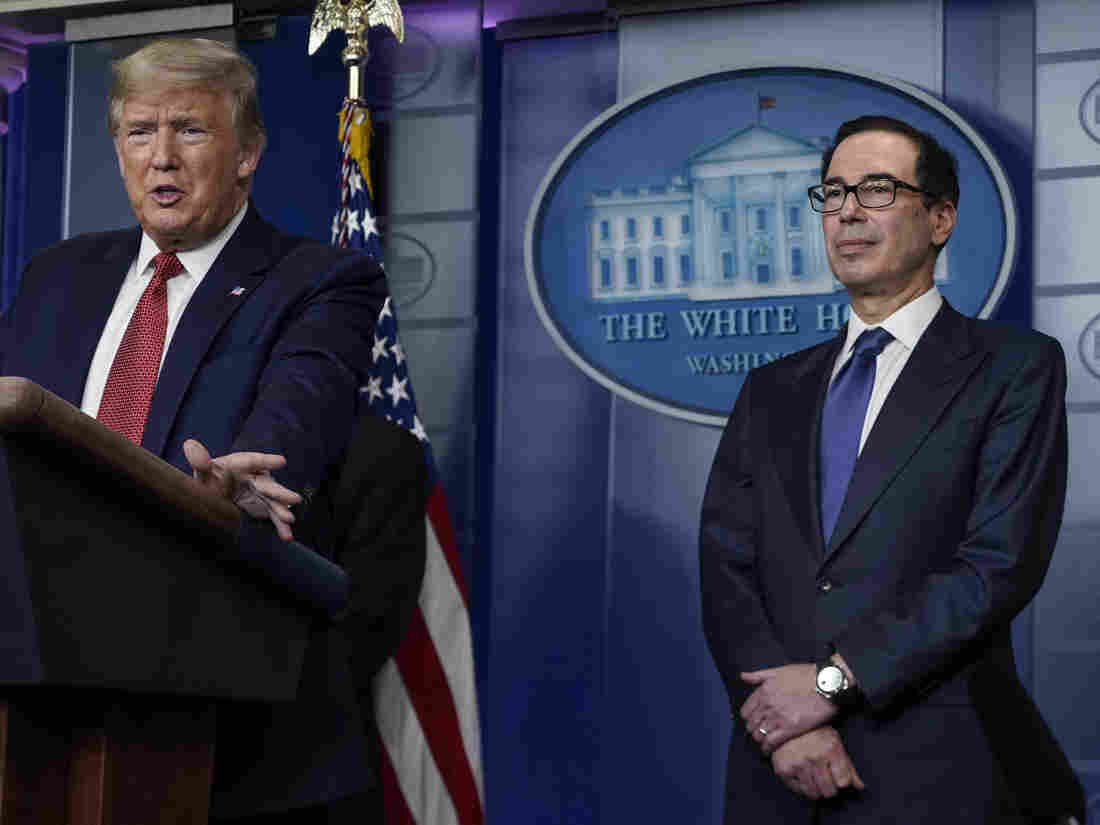 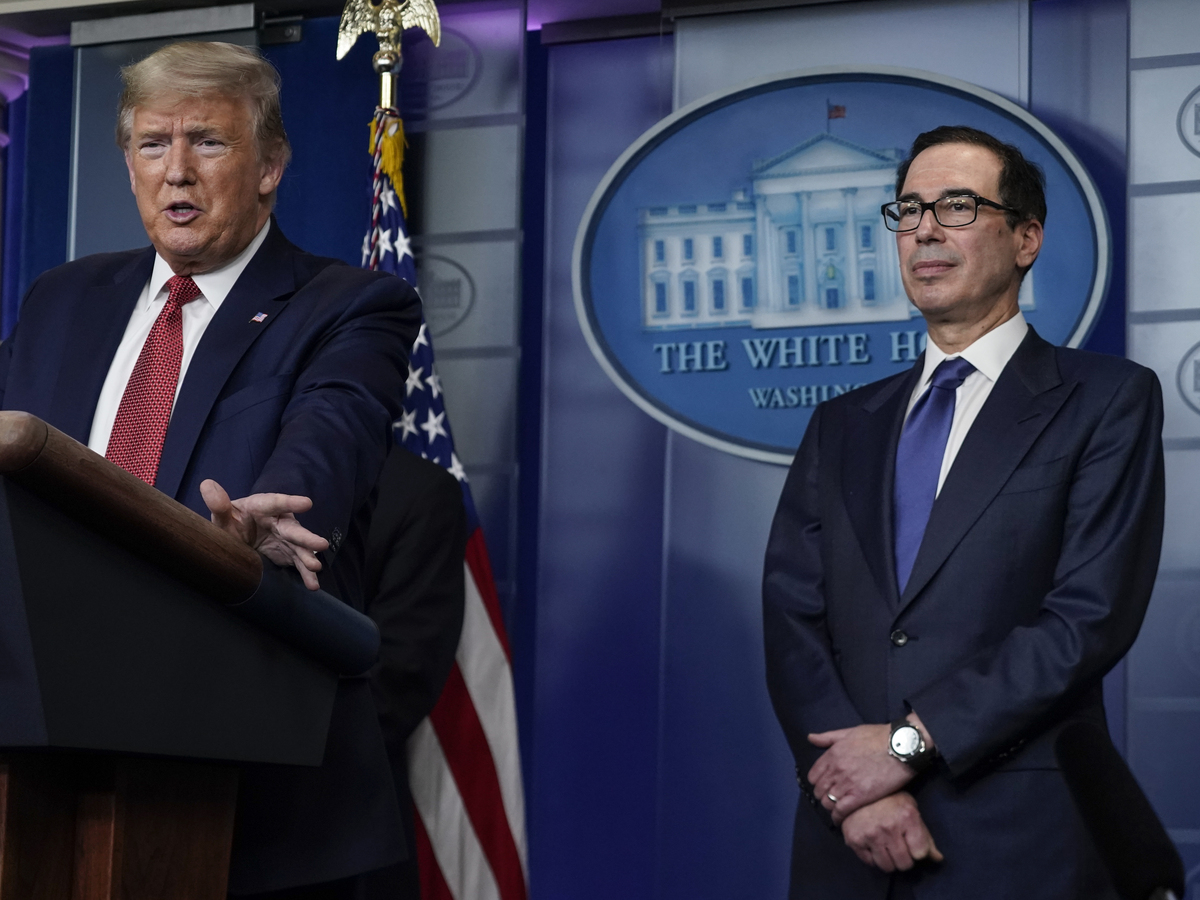 Treasury Secretary Steven Mnuchin previously estimated that payments to qualifying Americans would go out by mid-April.

People who do not have direct deposit information on file with the Internal Revenue Service may have to wait up to 20 weeks to receive cash payments included in the $2 trillion coronavirus relief legislation, according to a memo drafted by House Democrats.

This time frame is longer than the estimate that Treasury Secretary Steven Mnuchin gave when he negotiated the program for cash payments with congressional leaders. He acknowledged it would take more time for those who didn't have addresses on file but suggested on Sunday that he expected payments to go out by mid-April.

The IRS is expected to make roughly 60 million direct deposit payments in mid-April, but paper checks will take significantly longer, according to a copy of the memo obtained by NPR. The IRS is expected to begin issuing paper checks about three weeks after the direct deposits are completed and can issue about 5 million checks per week. The timeline is subject to change, the memo states, but the estimates are based on extensive conversations between staff on the House Ways and Means Committee, at the Treasury Department and at the IRS.

The checks will be distributed to people with the lowest adjusted gross income first with the highest earners receiving payments last, according to the memo. The IRS is encouraging people to file their 2019 taxes quickly to ensure that their latest direct deposit and address information is on file. There will eventually be a "portal" to allow taxpayers to find out the status of their rebate and update their direct deposit but that may not be ready until the end of April or early May.

At the coronavirus task force briefing on Thursday, Mnuchin denied the 20-week timeline, and said "if we don't have your information, you'll have a simple web portal. You'll upload it. If we don't have that, will send you checks in the mail." He said that process would take "weeks and not months."

He said the administration was working with digital companies, prepaid debit cards, and others "to make sure we have a process that every American gets their money quickly. This money does people no good if it shows up in four months, and we will deliver on that promise."

Concerns over the delivery of the cash payments come as Democrats rush to create a system for holding agencies accountable during the rollout of the massive relief bill. House Speaker Nancy Pelosi, D-Calif, announced Thursday the creation of a bipartisan Select Committee on the Coronavirus Crisis that will be tasked with oversight of programs like the cash payments.

"The committee will be empowered to examine all aspects of the federal response to the coronavirus to ensure that taxpayer dollars are being wisely and efficiently spent to save lives, deliver relief and benefit our economy," Pelosi said in a letter to Democrats.

Some Democrats have already begun calling for a broader investigation into the Trump administration's handling of the crisis so far. Pelosi did not rule out the possibility of launching a backwards-looking investigation similar to the 9/11 Commission but said the priority now is making sure the new federal funds are spent appropriately.