Accessibility links
Islanders Question Placing Sailors From USS Roosevelt In Guam Hotels : Coronavirus Updates Hundreds of crew members from the USS Theodore Roosevelt are being quarantined at hotels in the U.S. territory. Some residents say that's putting them at risk. 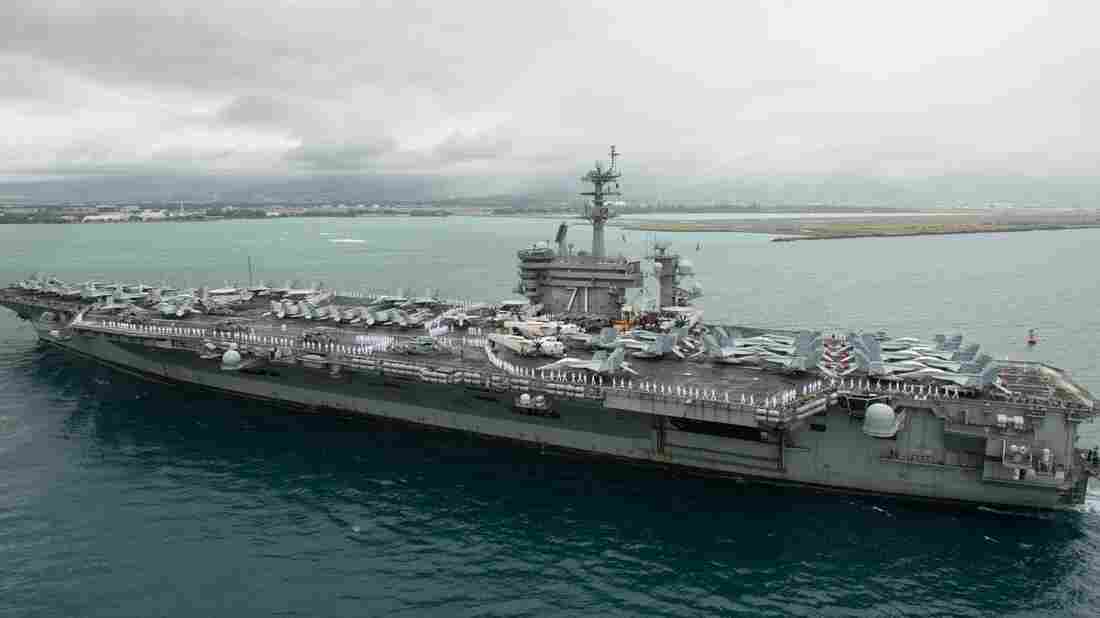 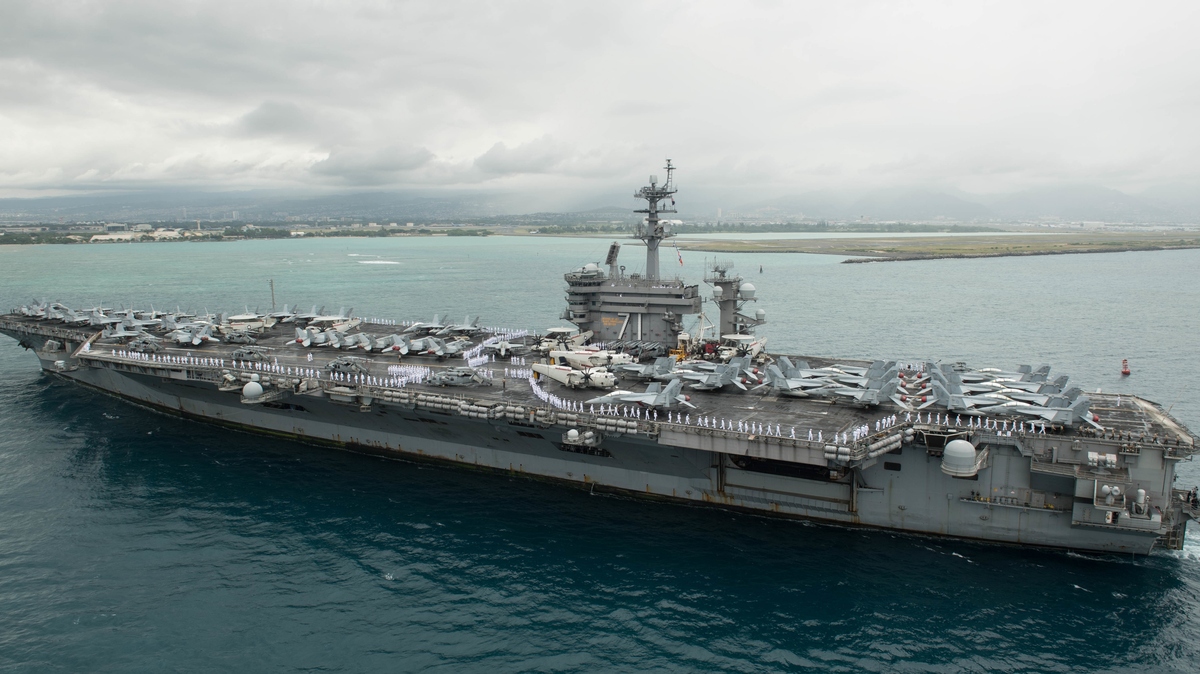 Nearly 3,000 American sailors from the coronavirus-infected aircraft carrier USS Theodore Roosevelt are expected to have disembarked by Friday on the western Pacific U.S island territory of Guam, and plans to quarantine many of them in hotels there are drawing protests from local activists and politicians.

"I am disturbed by the reckless double-standard of potentially placing potentially exposed military personnel in local hotels," writes local Senator Sabina Flores Perez in a letter this week to Guam Governor Lourdes Leon Guerrero. "If sailors are placed in our hotels, we will be exposing lower-wage employees to greater risk, many of whom are older and have limited or no health benefits for themselves and their families."

The Guam Daily Post reports that the first group of sailors from the Roosevelt will be housed at a beach front Sheraton hotel whose rooms normally cost around $200 a night.

"We are really hoping the process works and as much as possible we are going to get a negative tested group that will remain negative throughout their entire stay," Mary Rhodes, the president of the Guam Hotel and Restaurant Association, told the Post. "This is very strict. They will be constrained to the room. They will receive all their meals and beverages directly to the room without any contact with hotel staff. That is all coordinated with the military. There will be no guests."

But local activists doubt those assurances. They point to an anguished letter that Capt. Brett Crozier, the Roosevelt's commander — who has now been relieved of duty — sent to his superiors and that became public earlier this week. In it, Crozier says seven out of 33 sailors on his warship who initially tested negative showed symptoms of COVID-19 infection several days after being tested.

"Being negative today doesn't mean that they won't be in a week or so," reads a statement issued Wednesday by the indigenous activist group I Hagan Famalåo'an Guåhan. "The decision to house them in the middle of our community is playing a game of chance with the health of our people."

At a news briefing in Guam on Thursday, Joint Region Marianas commander Rear Adm. John Menoni was asked what the consequences might be for Guam if sailors who tested negative turn out to have COVID-19.

"So I guess that's the $64 million question," Menoni replied. "I cannot predict the future."

But Menoni insisted the local population will not be exposed to the sailors being housed in as many as seven local hotels.

"They must remain in quarantine in their assigned rooms for the duration of the mandatory 14-day quarantine," the top U.S. military official in Guam said. "Military leadership will be present throughout to make sure sailors adhere to quarantine and remain in their rooms. This will be entirely a military-run operation with no direct contact between the TR sailors and their hotel staffs."

Leon Guerrero, for her part, acknowledged at the same briefing the protests brewing on the 212-square-mile island she governs.

"I know my decision to allow the restricted housing of sailors who have tested negative for COVID-19 off base has left a few of you uneasy," she said. "This decision was not made in haste.

The U.S. military has three bases on Guam, occupying 49,000 acres of its territory.

"As an unincorporated territory we have little power to resist the military. They own one-third of the land on Guam," Guam artist Joshua Barrigada tells NPR. "Our demands are only that they keep the sailors on base."

At least 114 of the Roosevelt's sailors have tested positive for coronavirus, and thousands more have yet to be tested.

As of Thursday, among Guam's population of approximately 170,000 there were 82 known local cases of COVID-19 and three deaths from the disease.