Accessibility links
U.S. Lost 701,000 Jobs In March; Much Worse To Come : Coronavirus Live Updates For the first time in nearly a decade, the economy suffered a net loss of jobs as the coronavirus began to take hold in the country. The unemployment rate shot up to 4.4%. 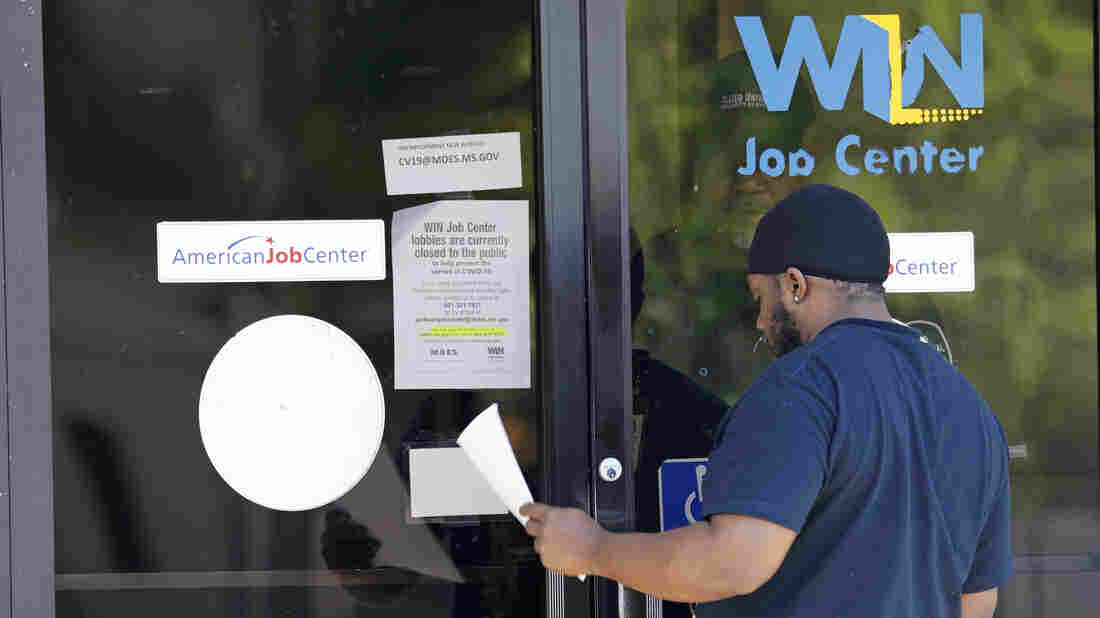 The monthly employment report for March is based on surveys conducted three weeks ago, before the widespread closing of restaurants, retail shops and other businesses began. Rogelio V. Solis/AP hide caption 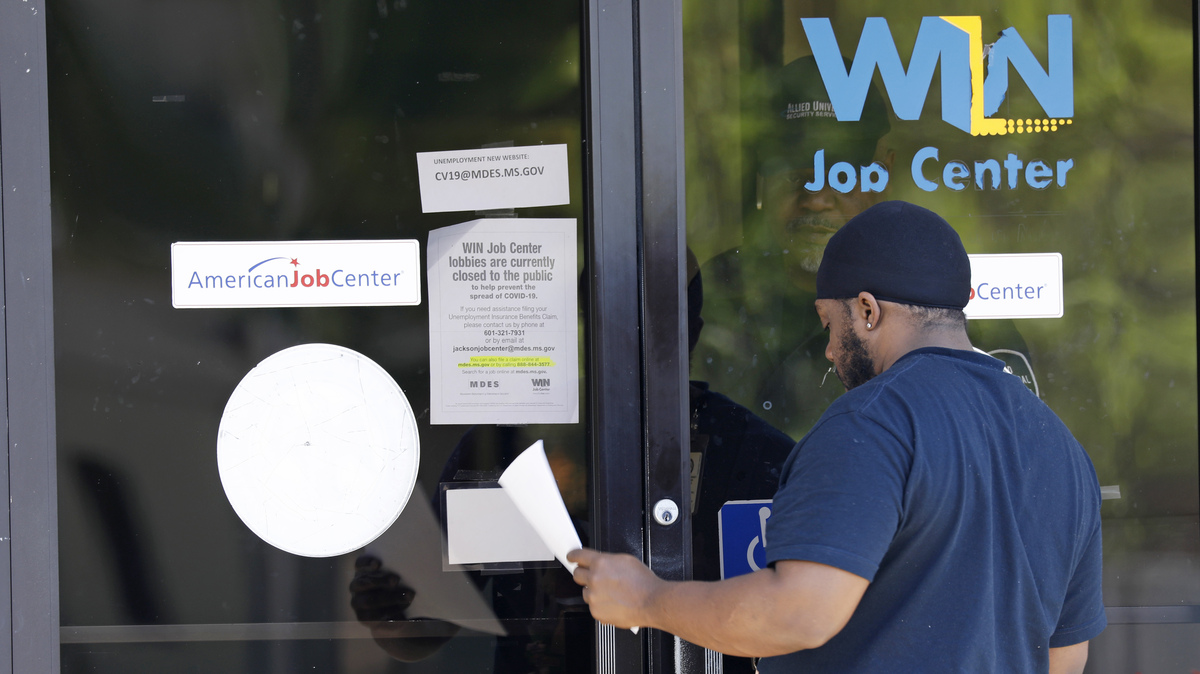 The monthly employment report for March is based on surveys conducted three weeks ago, before the widespread closing of restaurants, retail shops and other businesses began.

For the first time in nearly a decade, the U.S. suffered a net loss of jobs as the coronavirus began to take hold in the country. But a monthly snapshot from the Labor Department shows only the first pinpricks of what will soon be a gaping wound.

U.S. employers shed 701,000 jobs in March — the most since 2009, during the depths of the Great Recession, according to the monthly survey. But that was conducted three weeks ago — before the pandemic forced the widespread closing of restaurants, retail shops and other businesses.

That unprecedented shutdown has already pushed some 10 million people out of work, according to initial claims for unemployment filed in the past two weeks. Most of those job losses won't show up until the April employment report is published a month from now.

Still, Friday's report is a milestone. It snaps a record-long streak of employment gains that stretches back to the fall of 2010. The job losses, while understated, are the worst since March 2009.

The unemployment rate rose from 3.5% in February to 4.4%. That's the highest jobless rate in nearly three years, and it marks the sharpest increase since 1975.

"That will only be the tip of the iceberg," said Lydia Boussour, senior U.S. economist at Oxford Economics. "We think April will be really the month where you will see the full magnitude of that labor market collapse."

Boussour likens the abrupt halt in economic activity to what the Gulf Coast experienced during Hurricane Katrina. But in this case, the shutdown stretches across the country.

She projects that the U.S. will lose as many as 20 million jobs before the pandemic is under control and that unemployment will soar higher than at any time since World War II.

"We wouldn't have thought a few weeks ago that something like this would be possible," Boussour said. "You're basically asking people to stay home and not go to work."

More than 6.6 million Americans applied for unemployment benefits last week alone, 10 times the number who did so during the worst week of the Great Recession.

Losses are concentrated in restaurants, retail, recreation and manufacturing — all jobs that cannot easily be done at home or while practicing social distancing.

Retail and manufacturing were struggling even before the coronavirus pandemic, but restaurants and hotels had been adding jobs at a rapid pace.

About two-thirds of the job losses in Friday's report were in leisure and hospitality, especially bars and restaurants. But few industries were unscathed. Retailers shed 46,000 jobs. Construction companies lost 29,000. Even health care employment declined by 43,000 as doctors and dentists closed their offices for all nonemergency services.