Accessibility links
Some Undocumented Domestic Workers Slip Through Holes In Coronavirus Safety Net : Coronavirus Updates The federal relief package won't benefit some taxpaying undocumented people, such as nannies who care for children, the home aides who care for the elderly and the mostly women who clean homes. 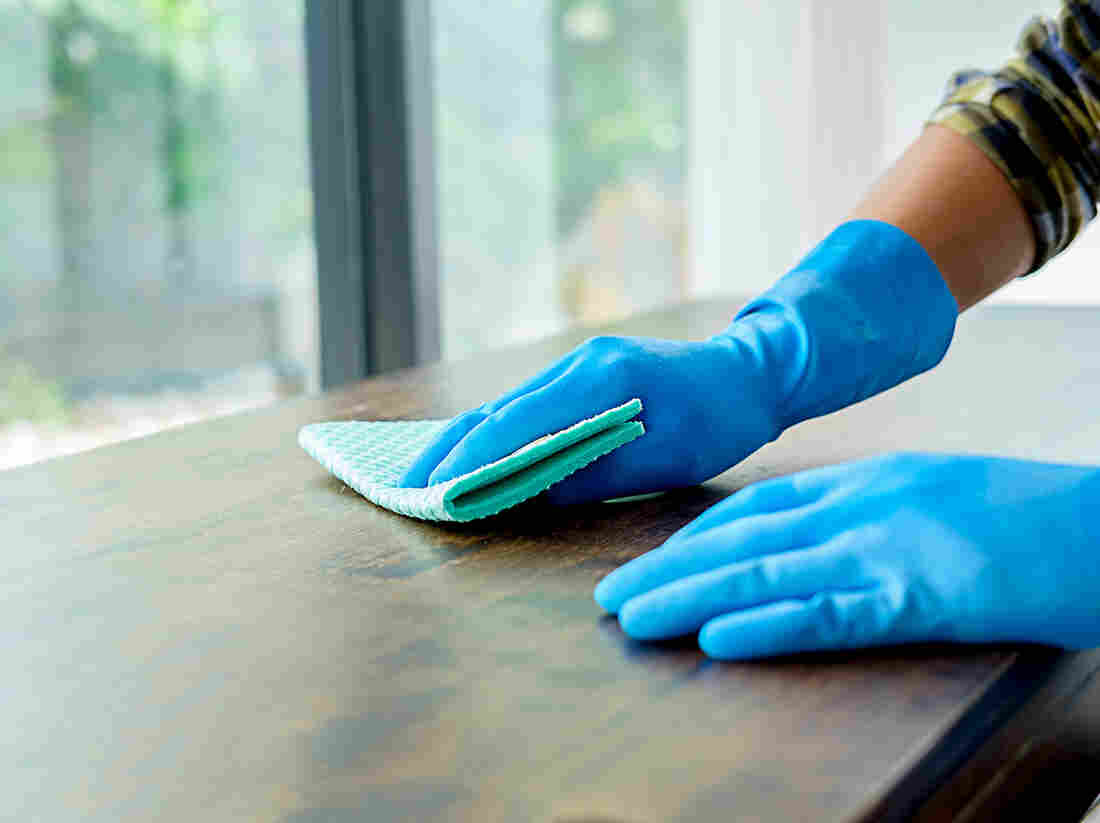 The federal relief package will not benefit taxpaying undocumented people, such as the nannies who care for children, the home aides who care for the elderly and the mostly women who clean homes. Suwannar Kawila / EyeEm/Getty Images/EyeEm hide caption 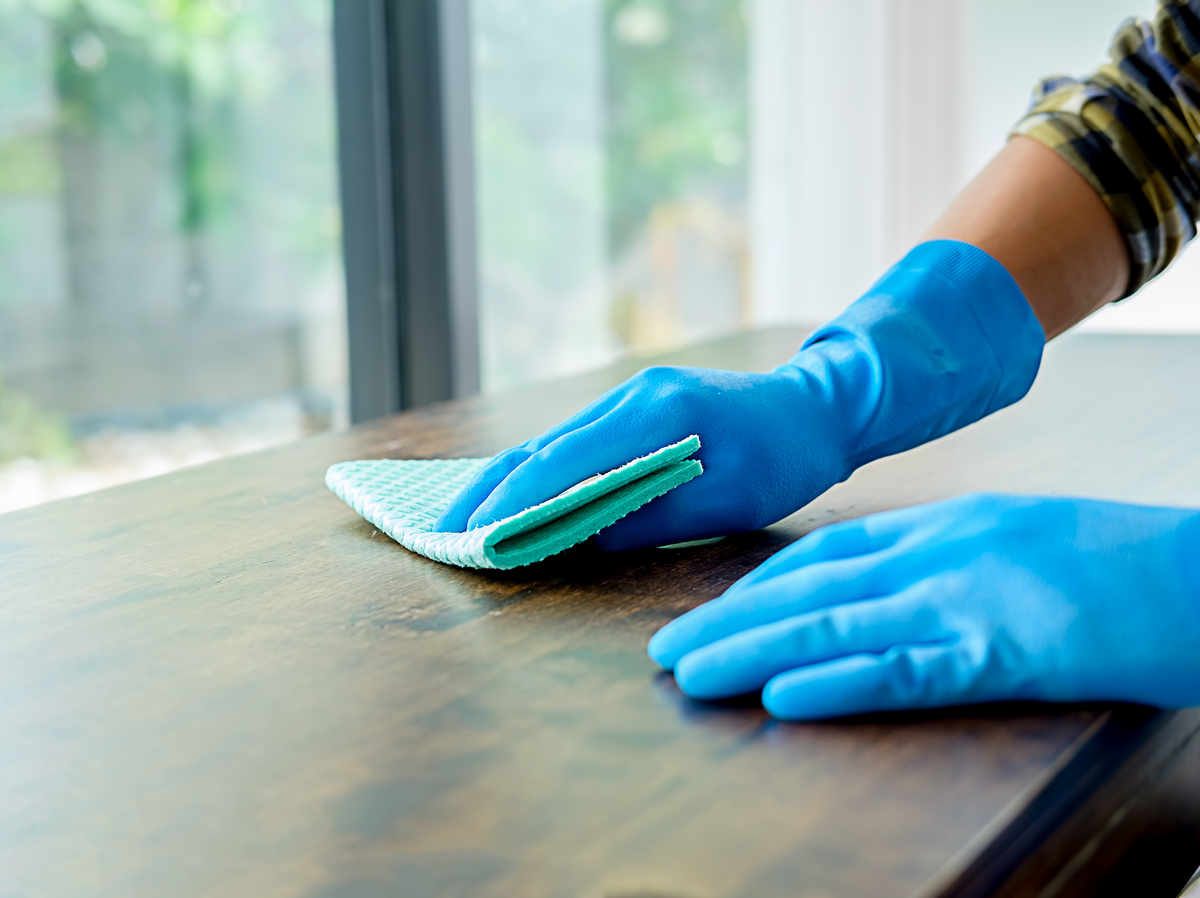 The federal relief package will not benefit taxpaying undocumented people, such as the nannies who care for children, the home aides who care for the elderly and the mostly women who clean homes.

Even before the coronavirus pandemic began, the millions of mostly women of color, mostly immigrant and often undocumented domestic workers in the U.S. had little job security. But now the current health crisis has this workforce reeling.

The U.S. Senate unanimously voted on a third economic relief package last week. Altogether the federal relief fund is about $6 trillion. Families will get direct cash payouts, but this package will not benefit taxpaying undocumented people, such as the nannies who care for children, the home aides who care for the elderly and the mostly women who clean homes.

"It's a real shame that the federal government is offering relief and that we are excluded," says Ingrid Vaca, an undocumented home cleaning worker, in her native Spanish. "We become invisible even though we contribute so much to this country."

Vaca came from Bolivia more than 20 years ago. She is a single mother of two and says she typically cleans between 12 and 13 houses a month. All of her employers have asked her to stay home, and only one continues to pay her fee, she says.

The Senate Relief Bill Provides Economic Relief — But Not To Some Immigrants March 26, 2020

She has an Individual Tax Identification Number or ITIN, which allows undocumented people, like her, to pay taxes.

"We deserve to be treated with dignity and respect," Vaca says sobbing. "These last three weeks have been a nightmare."

Ai-jen Poo is the executive director of the National Domestic Workers Alliance. The Alliance is putting together an emergency relief fund, the Coronavirus Care Fund, to help those in need. The goal is to raise a total of $4 million. But Poo says the federal government shouldn't abandon people like Vaca who "are faced with a series of impossible choices that no human being should face and unprecedented threats to their own safety and health."

Yet another concern for undocumented workers is health care. Many like Rosana Araujo, a single mother of one from Uruguay, aren't insured. Staying healthy, she says, is a priority.

"This pandemic is affecting me emotionally," Araujo says. "I'm very, very afraid of getting sick."

Haeyoung Yoon, senior director of Immigration Policy at the Alliance, says the federal relief package includes a provision that offers free coronavirus testing and treatment for the uninsured through Medicaid. But uninsured undocumented immigrants, like Vaca and Araujo, are barred from Medicaid coverage.

Advocates say that until immigration policy changes, these undocumented domestic workers will be left unprotected in times of national crisis like today's coronavirus pandemic, where social distancing and stay-at-home orders are having a profound impact on those for whom staying home isn't an option.

Hand In Hand is an organization created by domestic employers in 2010. Its main focus is to educate employers on labor laws and best practices, and to help them recognize that your "home is someone's workplace," says Stacy Kono, the organization's executive director.

As more stay-at-home orders were put in place around the nation, Kono says she realized that many more domestic employers could suddenly cancel work for their nannies and cleaning staff.

They launched the domestic employer pledge, says Kono, to encourage those who can to continue to pay their workers to stay home. A simple line in the pledge reads, "I can and will pay the domestic worker I employ during this crisis."

To Kono's surprise, more than 300 employers have signed the pledge since March 26 when it launched. And even though it's a small number — there are an estimated 4.7 million domestic employers in California and New York alone — Kono says it's just the beginning.

"Some [employers] have limited income, but they have chosen to keep paying their worker," Kono says. "But not everyone can do this."

For many employers, Kono says, it's not only about helping the people they employ — it's about keeping a healthy relationship with their nanny or cleaning worker at home.

One of the silver linings of the times, Kono says, "is to see the generosity of this pandemic. To see domestic employers showing up to make this very public statement. It's an inspiring thing. It shows that we can come together in this country."