Accessibility links
In Russia, Health Services Struggle As Exasperation Grows Over Coronavirus Aid Abroad : Coronavirus Live Updates Some Russians are miffed at seeing high-profile deliveries of lifesaving gear to other countries when they know their own health services are under-equipped to handle the COVID-19 outbreak. 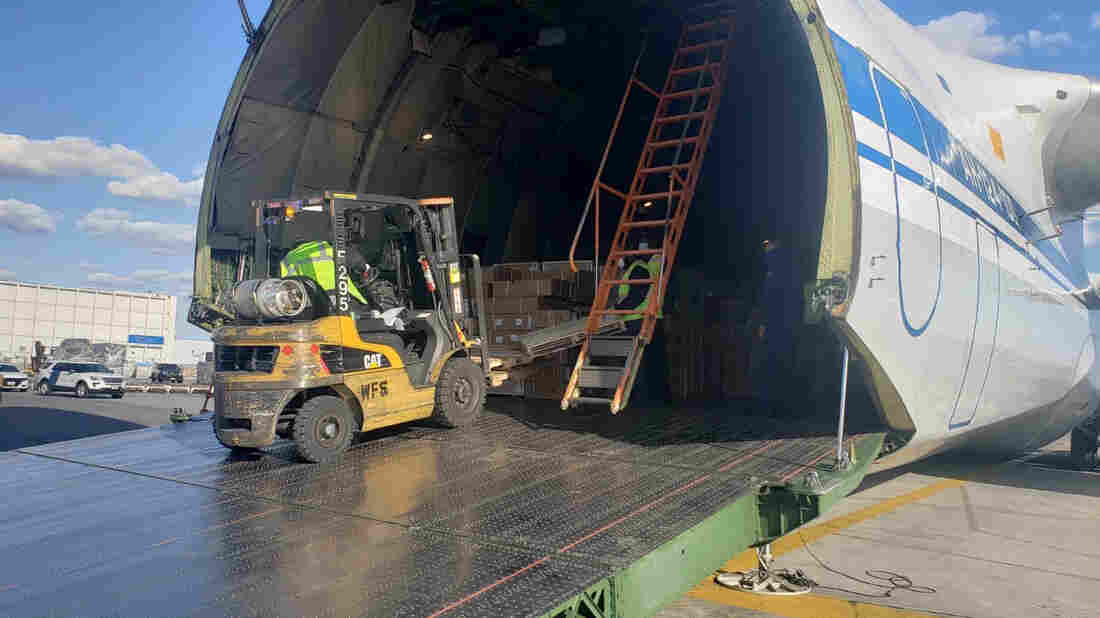 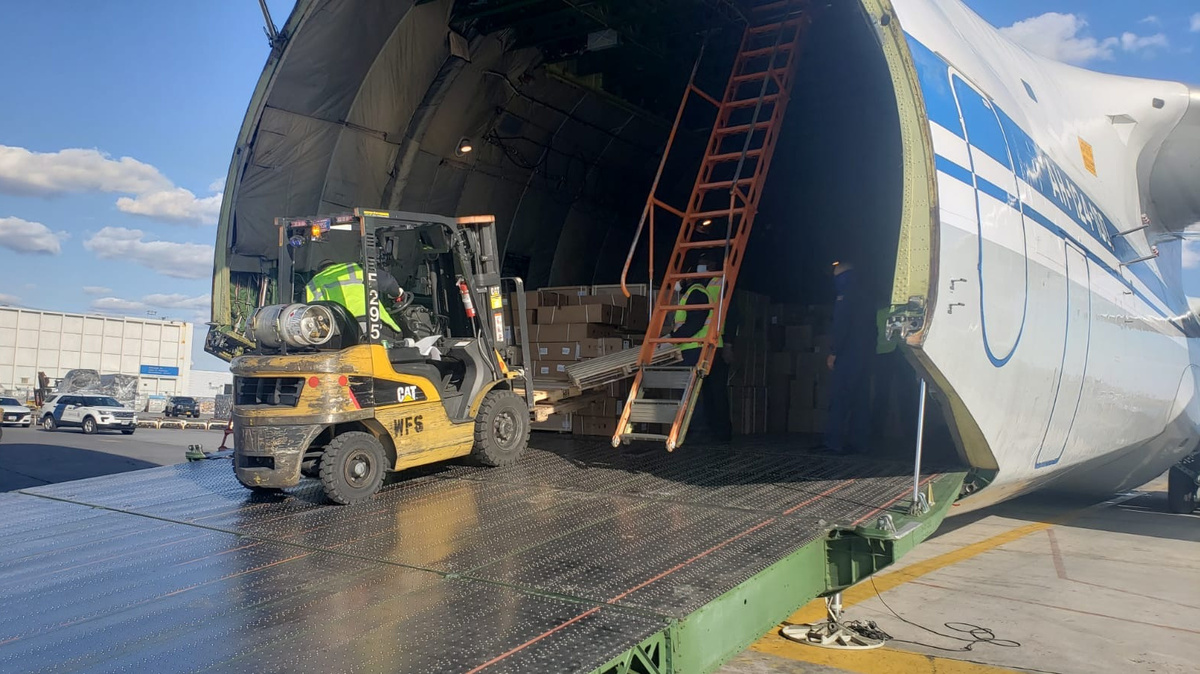 Nearly a dozen Russian military planes filled with medical supplies landed in Serbia on Friday — the latest in a series of controversial Kremlin humanitarian aid missions carried out amid the global spread of the coronavirus.

"Now we have everything to fight the virus," said Serbian Prime Minister Aleksandar Vucic in a statement released by Russia's Defense Ministry. "I want to say a big thank you to the Russian people."

Indeed, to some Russians, these airlifts are examples of generosity and show the country pitching in during a time of global need. But others see the Kremlin pursuing wider foreign policy and propaganda goals.

Delivery of the Serbian aid was preceded by another mission to virus-ravaged Italy, where Russian had already delivered over 15 planeloads of medical supplies along with a team of contagion specialists. Moscow dubbed the effort "From Russia With Love."

Then there's the Russian military transport plane that arrived in New York on Wednesday, under an agreement between President Trump and Russian leader Vladimir Putin.

A U.S. official said the shipment included 60 tons of ventilators, masks, respirators and other items.

The Trump administration said it was grateful for the help. "The U.S. is committed to the global fight against COVID-19 and we are cooperating closely with many countries to ensure we have the supplies we need," State Department's Morgan Ortagus tweeted. "The purchase of personal protection equipment and ventilators from Russia will help shore up supplies in New York."

The arrival of the Russian planes in New York was covered live on Russia's RT international news channel, which described the cargo as Russian humanitarian aid.

Even though Washington insists it paid for the medical supplies, the shipment was controversial for another reason: The parent company of the lab that produced the ventilators, Rostex, is currently on U.S. sanctions lists.

Back in Russia, there's growing public exasperation over giving away vital lifesaving equipment, even as Russia's own health services struggle to prepare. On Friday, a Russian government task force reported suspected cases of COVID-19 had exceeded 4,000.

The Alliance of Doctors, an independent medical workers union, has been among those arguing that Russian hospitals lack basic supplies to combat the virus.

On Thursday, the group's leader, Anastasia Vasilyeva, was arrested and beaten while trying to deliver protective masks to a regional hospital.

Opposition leader Alexei Navalny reacted Friday on Twitter to the shipments to Serbia. "Now it's really getting interesting," he tweeted. "Does Putin plan to leave Russia with any doctors or medical equipment at all?"