Accessibility links
New York Has 562 Coronavirus-Related Deaths In a 24-Hour Period : Coronavirus Live Updates The state had 562 coronavirus-related deaths in the past 24 hours. In a bit of "good news," Gov. Andrew Cuomo said 1,452 coronavirus patients have been discharged from hospitals in the past day. 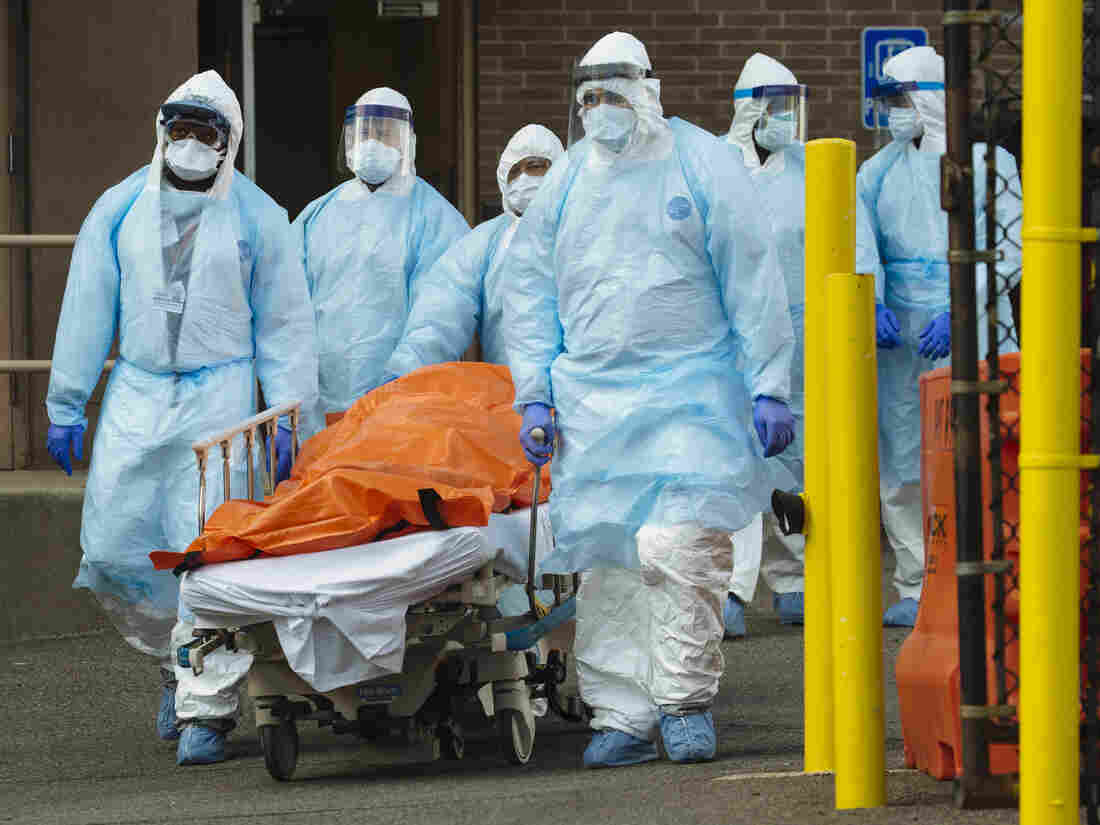 Medical workers in protective clothing move a body to a refrigerated overflow morgue outside the Wyckoff Heights Medical Center in Brooklyn on Thursday. Angus Mordant/Bloomberg via Getty Images hide caption 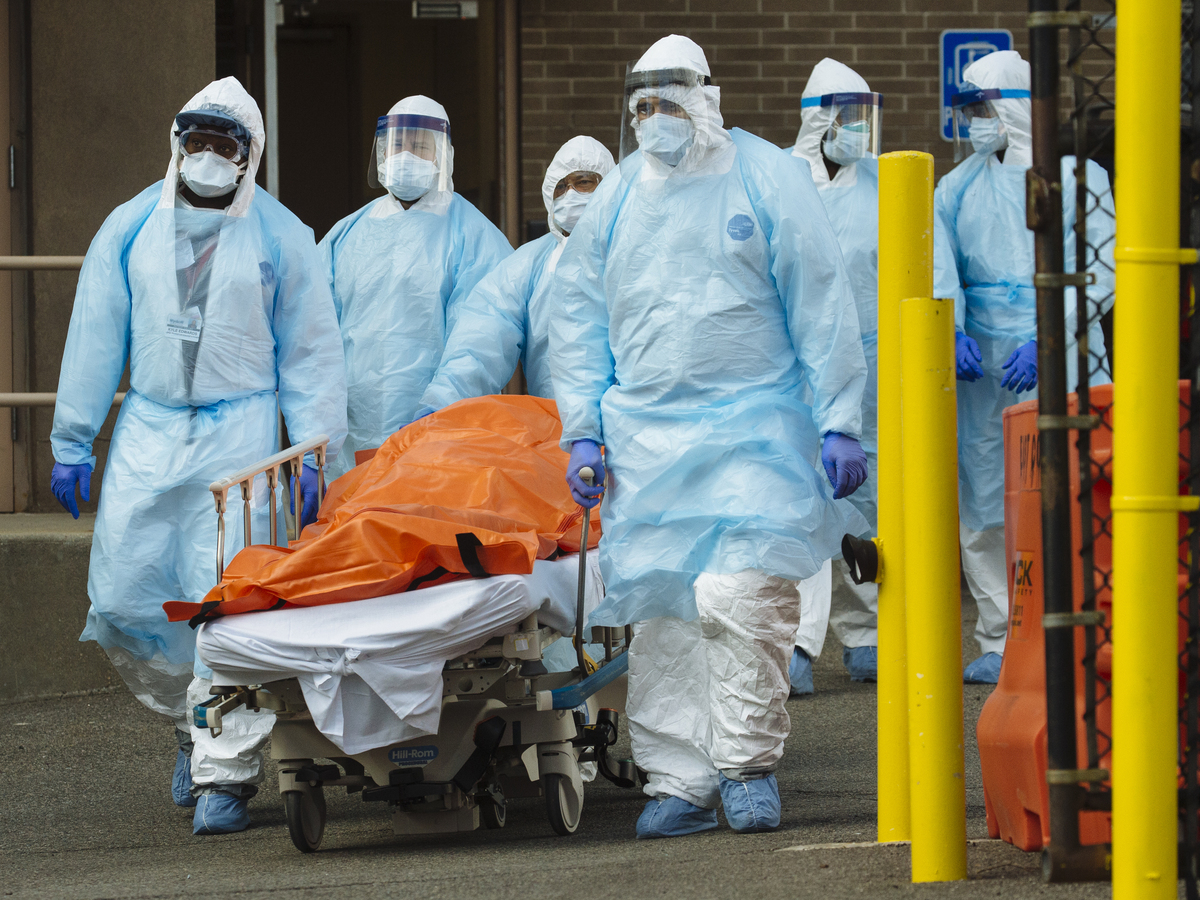 Medical workers in protective clothing move a body to a refrigerated overflow morgue outside the Wyckoff Heights Medical Center in Brooklyn on Thursday.

New York state had it deadliest day yet stemming from the coronavirus, with more than 500 fatalities, Gov. Andrew Cuomo said Friday.

The death toll has gone up from 2,373 to 2,935 in the last 24 hours, Cuomo told reporters during a late morning press conference. He described it as the "highest single increase in the number of deaths since we started."

The governor also warned that more people were going to die if additional ventilators don't become more available. He said he is signing an executive order allowing the state to commandeer ventilators and distribute to hospitals as needed.

He also reiterated his frustration that badly needed personal protective equipment — or PPE — is not being produced more quickly.

We do not have enough ventilators.

I am signing an Executive Order allowing the state to take ventilators and redistribute to hospitals in need.

The National Guard will be mobilized to move ventilators to where they are urgently required to save lives.

"Supplies, PPE are in short supply as they are across the country," Cuomo said. "We need companies to make the materials. It is unbelievable to me that in New York state, in the United States of America, we can't make these materials. And that we are all shopping China to try to get these materials and we're all competing against each other."

"The curve continues to go up," Cuomo added.

New York is currently the epicenter of COVID-19 cases in the U.S., with 14,810 people currently hospitalized throughout the state, an increase of 1,427 since Thursday. Cuomo thanked first responders for their work on the front lines of the crisis.

In a bit of "good news," Cuomo said 8,886 coronavirus patients have been discharged from hospitals. Nearly 1,500 were discharged in the past day.