Accessibility links
'We'll Get Through This': Living In New York City During The Coronavirus Pandemic : Coronavirus Updates Politicians give speeches and scary headlines fill the news, but somehow life pushes on for New Yorkers. 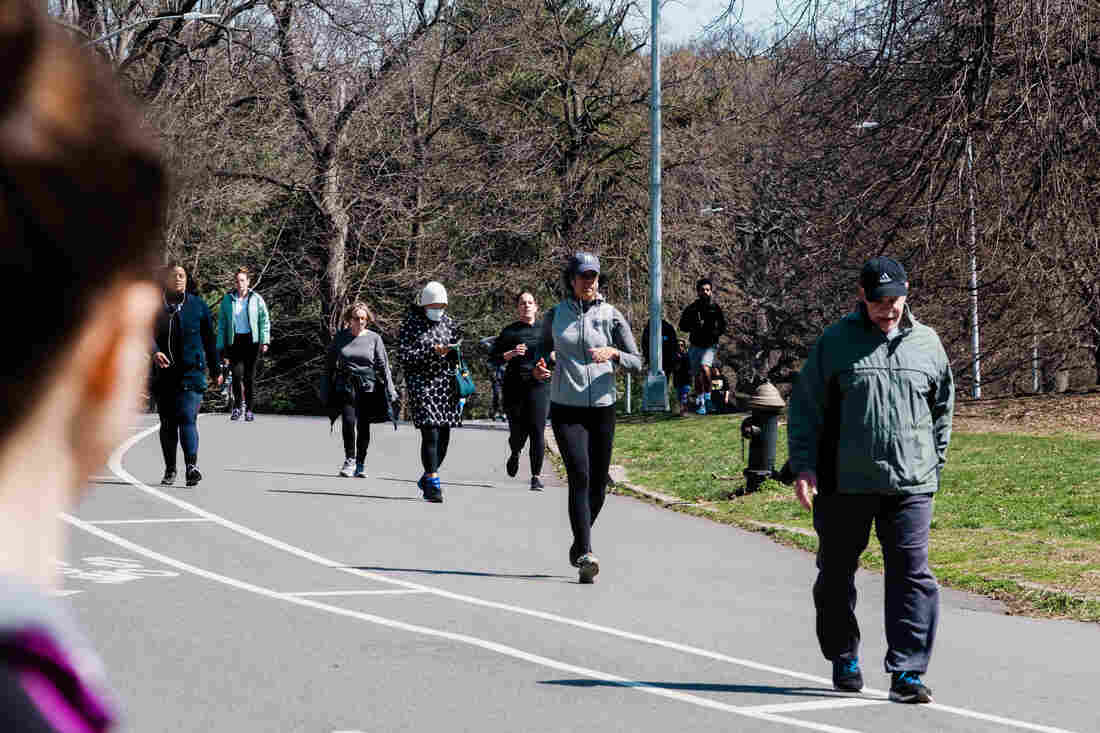 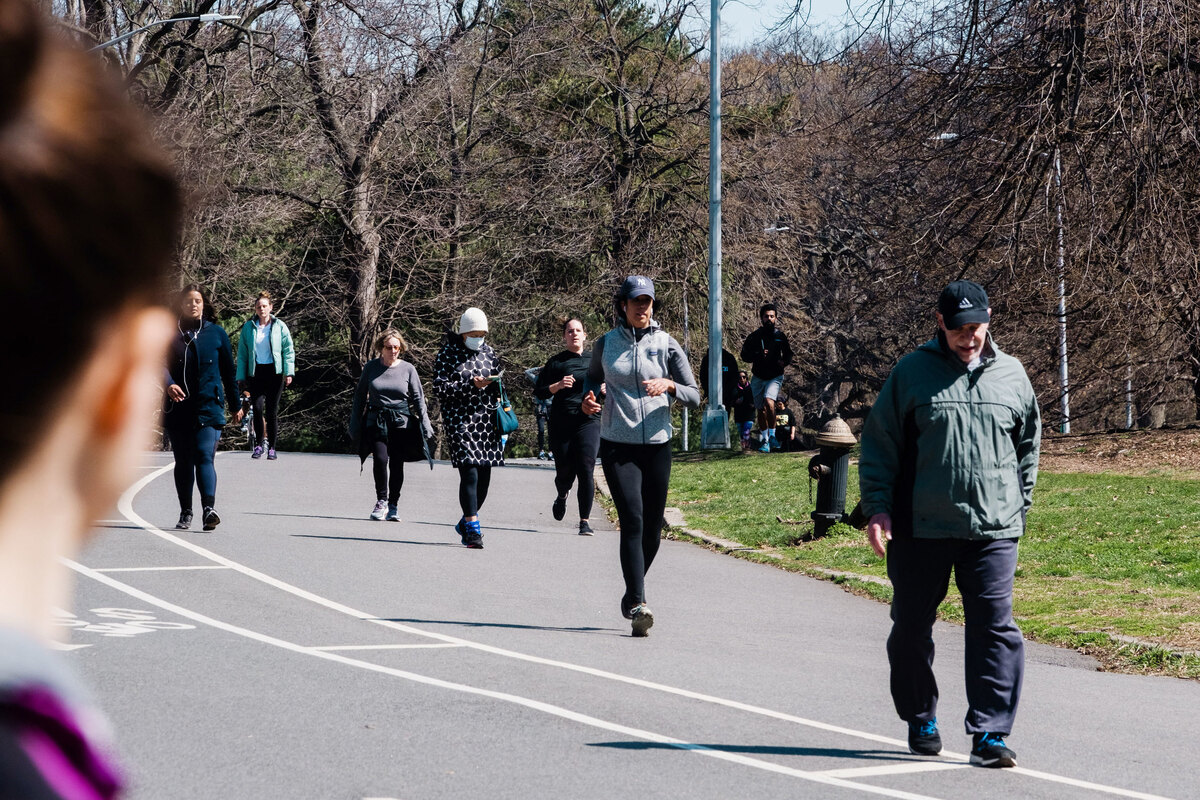 People walk and jog through Prospect Park in Brooklyn last week. New York Gov. Andrew Cuomo said that the restrictions on daily life in New York have slowed the increase in hospitalizations.

Brooklyn's Prospect Park looks normal. It's just after 8 a.m. Joggers are running the loop singing to themselves. Cyclists are whizzing by and dog owners are ignoring their pets, staring at their phones. But Holly Williams says life doesn't feel normal — she's lonely.

"I have seen people in person, but it's not the same, you know, as like going over to a friend's house and watching a movie or having dinner," Williams says.

The number of cases of those infected with the Coronavirus had reached about one million globally by April 3. And, New York City is at the center of the pandemic with more than 50,000 cases as of Friday. So, like many others, Williams is social distancing. For the past four weeks she says her only regular company has been her dog – Bayla.

Williams has been sitting on the stoop with a friend, but at a careful distance. Just like I'm interviewing her – wearing a mask and blue plastic gloves. My mic extended on a long pole. It is not the same.

Nearby, walking down a path, Maddy Fox says she's made some adjustments too. "We actually haven't gone outside in many days."

Fox says she's scared. She doesn't want her kids – 5-year-old Anya or 8-year-old Max to get sick. But on a recent morning the family was at its wit's end. That's why they're at the park early — before things get crowded. A lot is different now. The kids' grandparents live downstairs but they're not allowed to see them. They're too worried about making their grandparents sick.

Even Anya knows life is different.

"We have to be careful about people," she says.

A couple blocks away, the barbershop, Chinese takeout place and the bar on the corner are all closed. But the laundromat is open. Anthony Laccona owns the place with his dad — a gentleman of a certain age. When I walk in, the first thing I do is ask if his dad is still coming to work. Because this is my laundromat, and my neighborhood. Laccona says his dad is fine.

"Listen, life goes on," Laccona says. "Just be friendly to everybody, you know, keep it distant of course, but we'll get through this, one way or another."

The local movie theater closed weeks ago. Where you used to see movie titles, now on the marquis, all black block letters spell out, "See you on the other side."