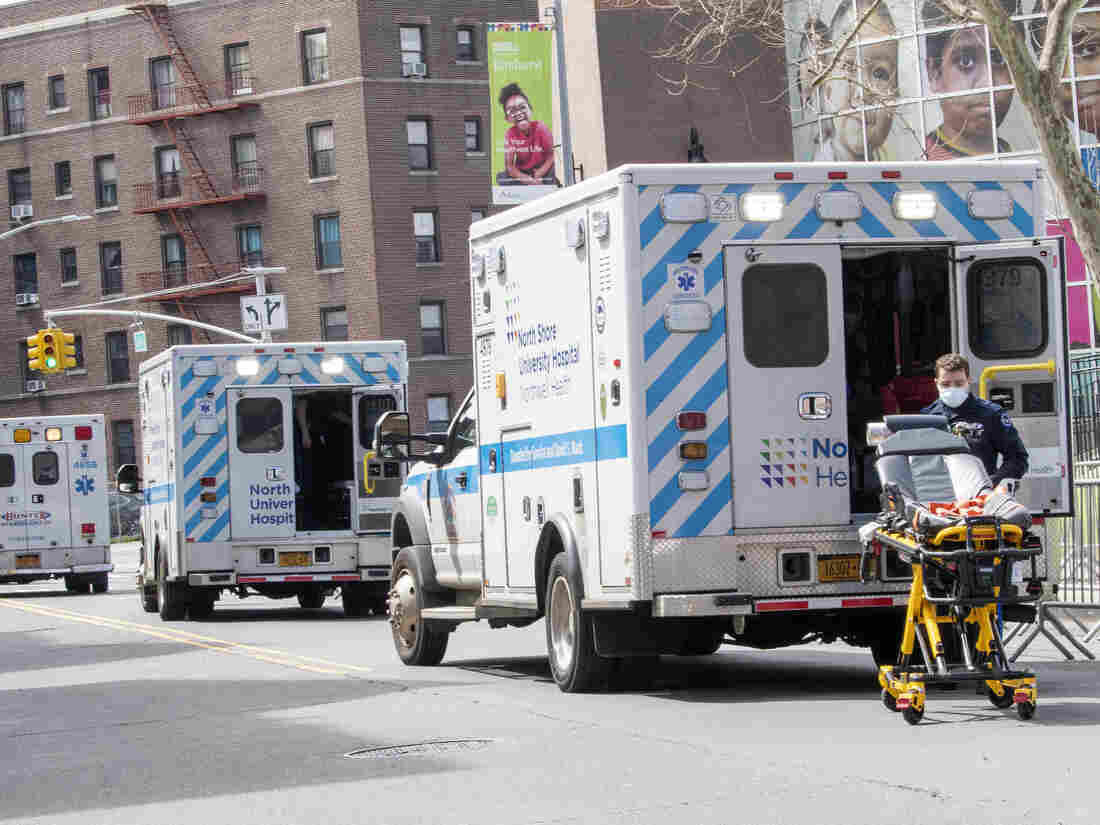 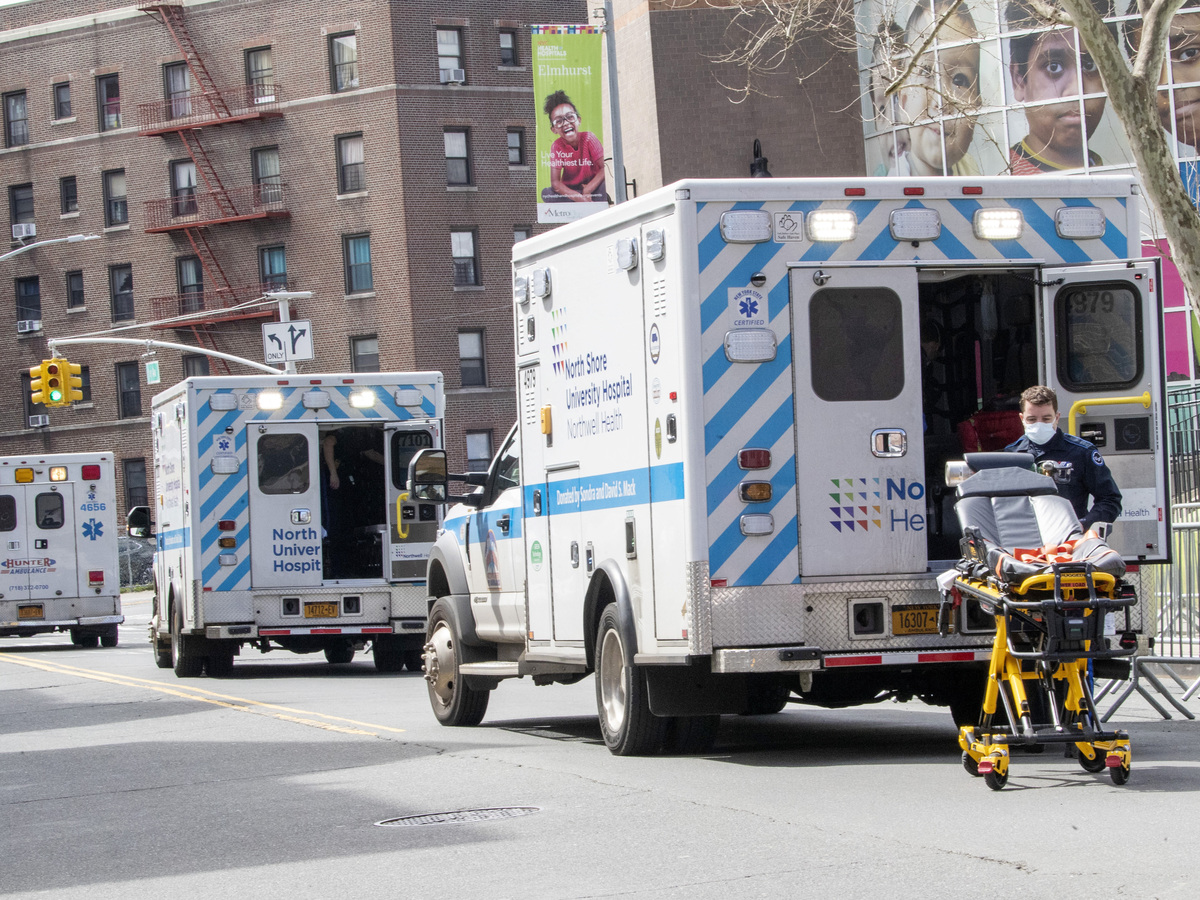 Ambulances line the street outside Elmhurst Hospital Center on Saturday in the Queens borough of New York.

The United States remains the epicenter of the coronavirus pandemic, with confirmed cases now at more than 300,000 and deaths climbing toward 9,000.

In Europe, another global hot spot, Spain has surpassed Italy for the leading number of cases, with Germany and France not too far behind. Worldwide, there are over 1.2 million cases and nearly 66,000 deaths.

At a White House briefing on Saturday, President Trump warned that the coming week will be the toughest yet. "There's going to be a lot of death, unfortunately," he said.

The death toll in the U.S. is already surging, overwhelming not just hospitals but funeral homes too. In places like New York, which accounts for about a third of the nation's cases and has already seen thousands of deaths, funeral directors say they're working at maximum capacity, and crematoriums in the state have extended their hours to nearly around-the-clock.

Dr. Deborah Birx, the White House's coronavirus response coordinator, said the main hot spots in the U.S. continue to be New York, Louisiana and Detroit. However, she noted that new hot spots are emerging across the country in places such as Colorado, Pennsylvania and Washington, D.C.

In an effort to keep those places from becoming like New York, Birx urged everyone to continue to take seriously mitigation measures such as social distancing and staying at home.

"Now is the time to do everything you can," she said.

There is some hope that a few of the countries hardest hit earlier are starting to emerge from the worst toll of the virus. In Italy, for example, the number of new cases each day appears to be leveling off in what experts call "flattening the curve." And in China, where thousands of cases a day were reported in February, the number of new cases reported daily is down to one or two, and restrictive social distancing measures are slowly being lifted.