Accessibility links
Ventilators, Medication Are In Short Supply, Hospital Officials Say : Coronavirus Live Updates As hospitals warn of shortages, President Trump claims without offering evidence that he's hearing from administrators who are pleased with the current levels of supplies. 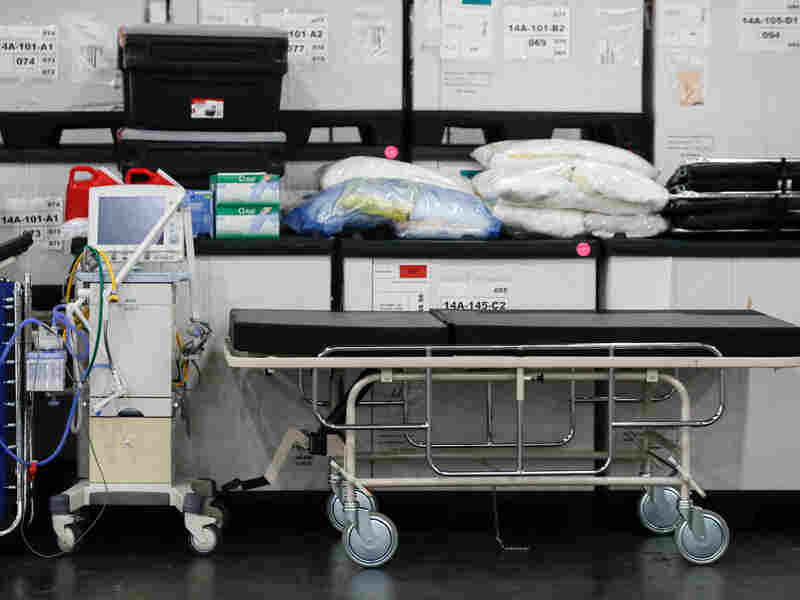 A ventilator alongside medical supplies and a stretcher is displayed before a news conference at the Javits Center in New York City on March 23. John Minchillo/AP hide caption 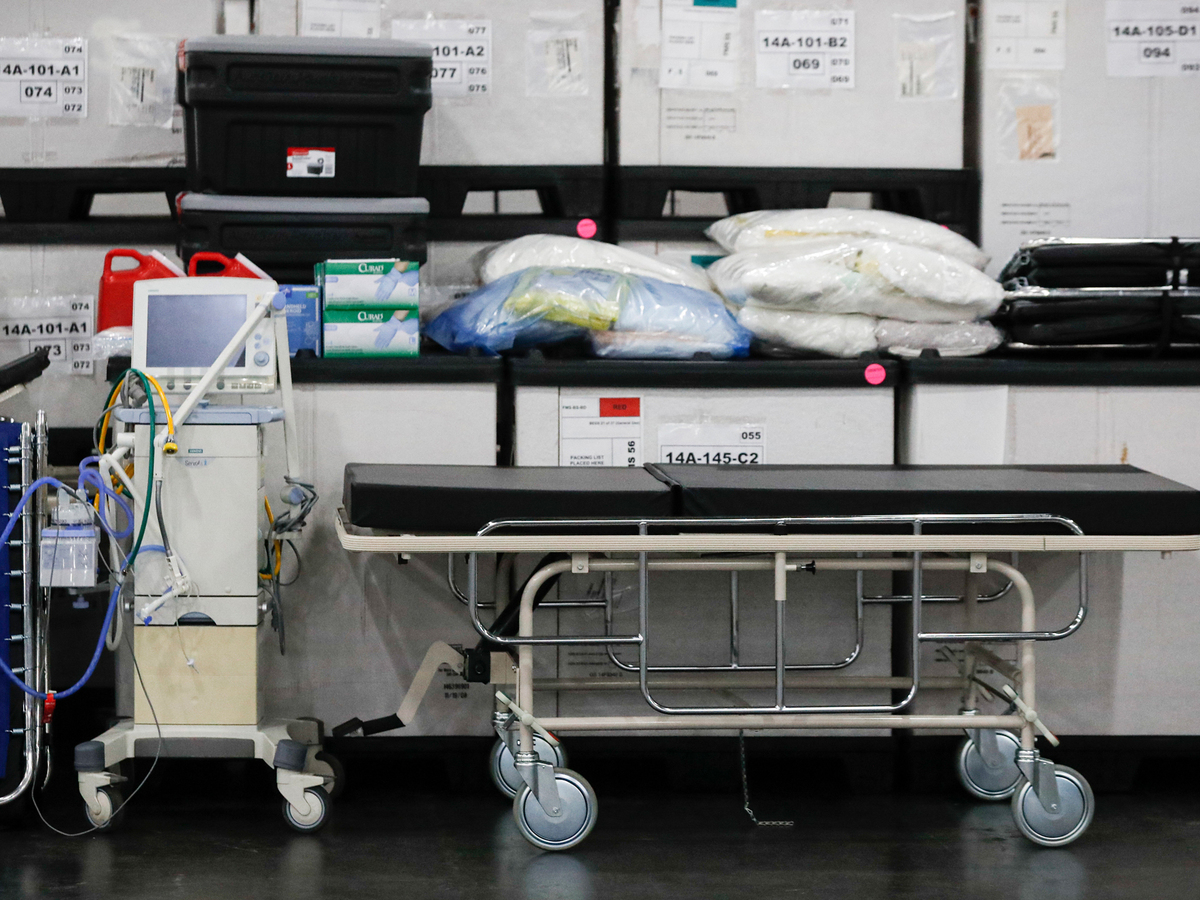 A ventilator alongside medical supplies and a stretcher is displayed before a news conference at the Javits Center in New York City on March 23.

An association representing thousands of hospitals across the country is pushing back after President Trump claimed that hospital administrators are "really thrilled to be where they are."

The American Hospital Association said hospital officials are worried about shortages of critical medical supplies, including medication for patients and personal protective equipment, or PPE, for health care workers.

"Not a day goes by where we don't hear from hospitals and health systems across the country that are concerned about shortages of PPE for their heroic front line caregivers," Alicia Mitchell, the group's senior vice president of communications, said in a statement to NPR.

She said that in addition to concerns about shortages of ventilators and other critical equipment and supplies, the association increasingly hears complaints about a lack of drugs needed for patient care.

"The AHA continues to urge that all levers be used by both the government and private sector to ensure those on the front lines have the resources and support they need to care for their patients and communities," Mitchell said.

During the White House Coronavirus Task Force briefing on Saturday, Trump said that hospital administrators "even in the really hot spots – you know what they are – are communicating directly with us that their level of supplies are meeting essential needs. And at the current time, they're really thrilled to be where they are."

The American Hospital Association and other medical groups have raised repeated alarms about a shortage of supplies like surgical masks needed to protect workers fighting the coronavirus pandemic as the nation's death toll from the virus climbs above 8,000. Governors of hard-hit states including New York and Louisiana also have warned about shortfalls of supplies including ventilators.