Accessibility links
Joe Biden Says He Intends To Wear A Mask In Public : Coronavirus Live Updates The party's nominating convention had already been delayed a month, with a possible format change. 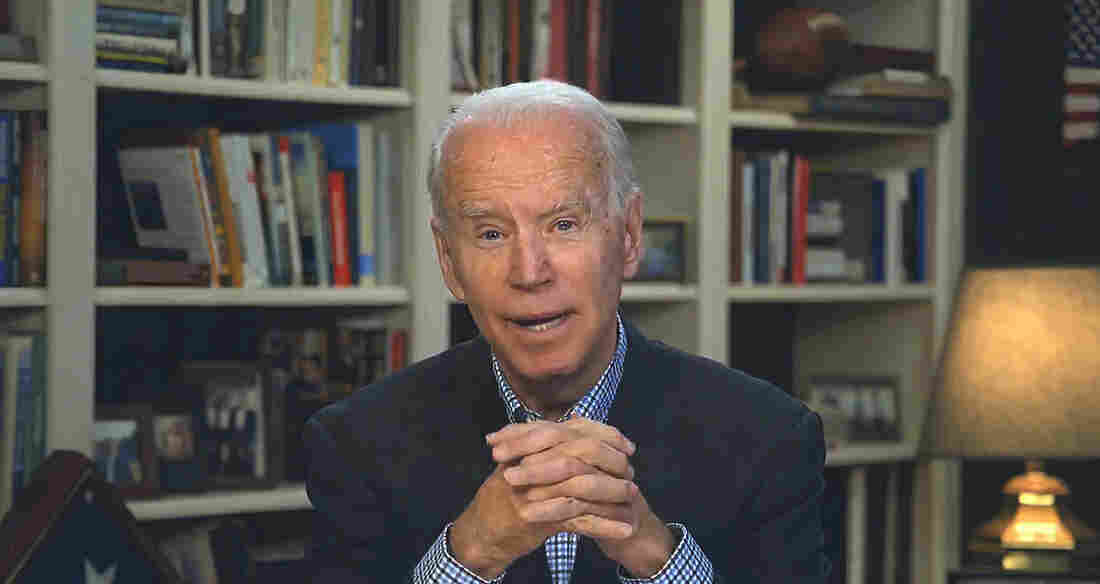 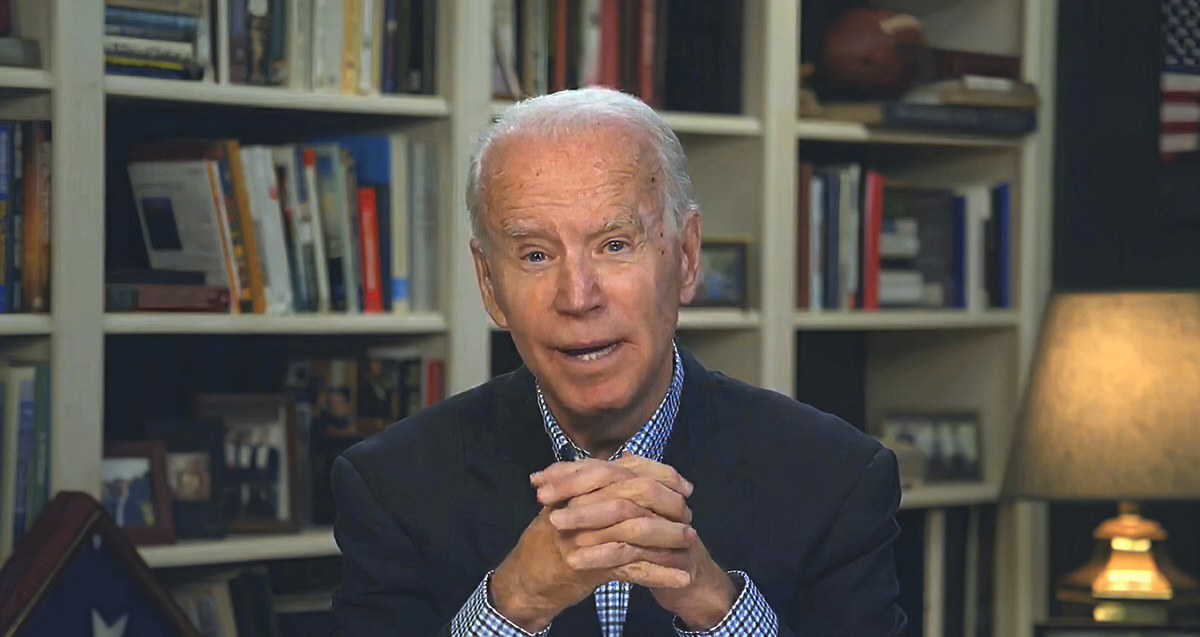 In this image from video provided by the Biden for President campaign, former Vice President Joe Biden speaks during a virtual press briefing Wednesday.

Biden for President via AP

On Thursday the party delayed the presidential nominating convention from mid-July to mid-August over pandemic fears, but Biden on Sunday raised the specter of Democrats choosing their White House nominee online for the first time.

BREAKING: Joe Biden tells @GStephanopoulos that Democrats "may have to do a virtual convention. I think we should be thinking about that right now. The idea of holding the convention is going to be necessary."

Biden maintains a wide delegate lead over Vermont Sen. Bernie Sanders. Both candidates have called off in-person campaign events over the last few weeks, and have tried to rev up supporters through events that can be streamed online.

Democrats had originally planned to hold the Milwaukee convention in July with the aim of building early momentum that could bring the party together in the bid to unseat President Trump from the White House.

But party officials postponed the convention for a month, which means it will take place — whether in person or otherwise — just a week before the Republicans hold their nominating gathering in Charlotte.

Biden also said he intends to wear a mask in public, which is now being recommended by the Centers for Disease Control and Prevention as a measure to slow the spread of the fast-spreading coronavirus.

Trump, however, said he does not plan to heed the federal government's guidance by wearing a face covering himself.

"He may not like how he looks in a mask," Biden said of the president, saying it is a matter of following science.

"That's what they're telling us," Biden said.

Biden said Sunday he recently rang up Sanders as a courtesy to inform him that he was beginning the process of vetting potential vice presidential candidates, despite the fact that the Democratic race for president is not over.

"I was basically apologizing and making it clear I wasn't trying to be presumptuous, in any way push him," Biden said. "And he said he appreciated that."

Sanders has said he is assessing his campaign's future.