Accessibility links
Shinzo Abe Will Declare State Of Emergency In Japan As Coronavirus Cases Surge : Coronavirus Live Updates The prime minister confirmed Monday that he would issue the declaration that allows governors of hard-hit prefectures to issue stay-at-home directives. 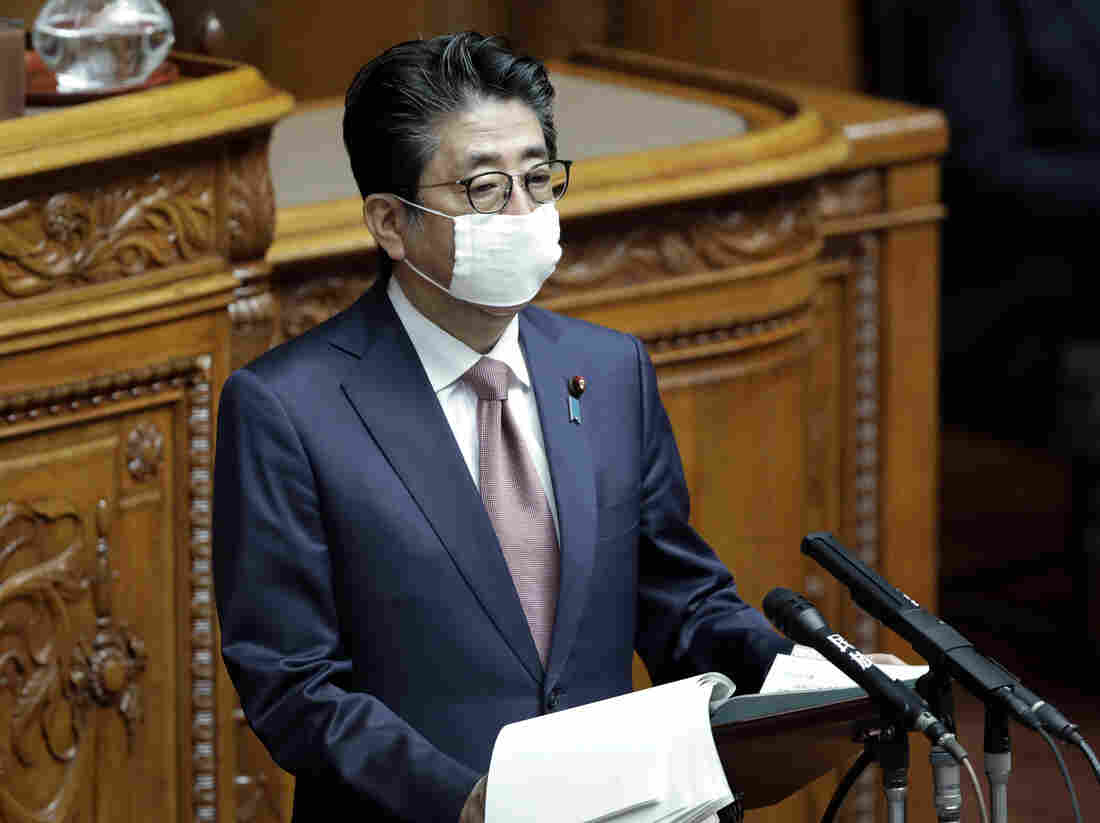 Japan's Prime Minister Shinzo Abe speaks during a plenary session at the upper house of parliament in Tokyo on Friday. Abe says he will declare a state of emergency this week in response to the coronavirus pandemic. Kiyoshi Ota/Bloomberg via Getty Images hide caption 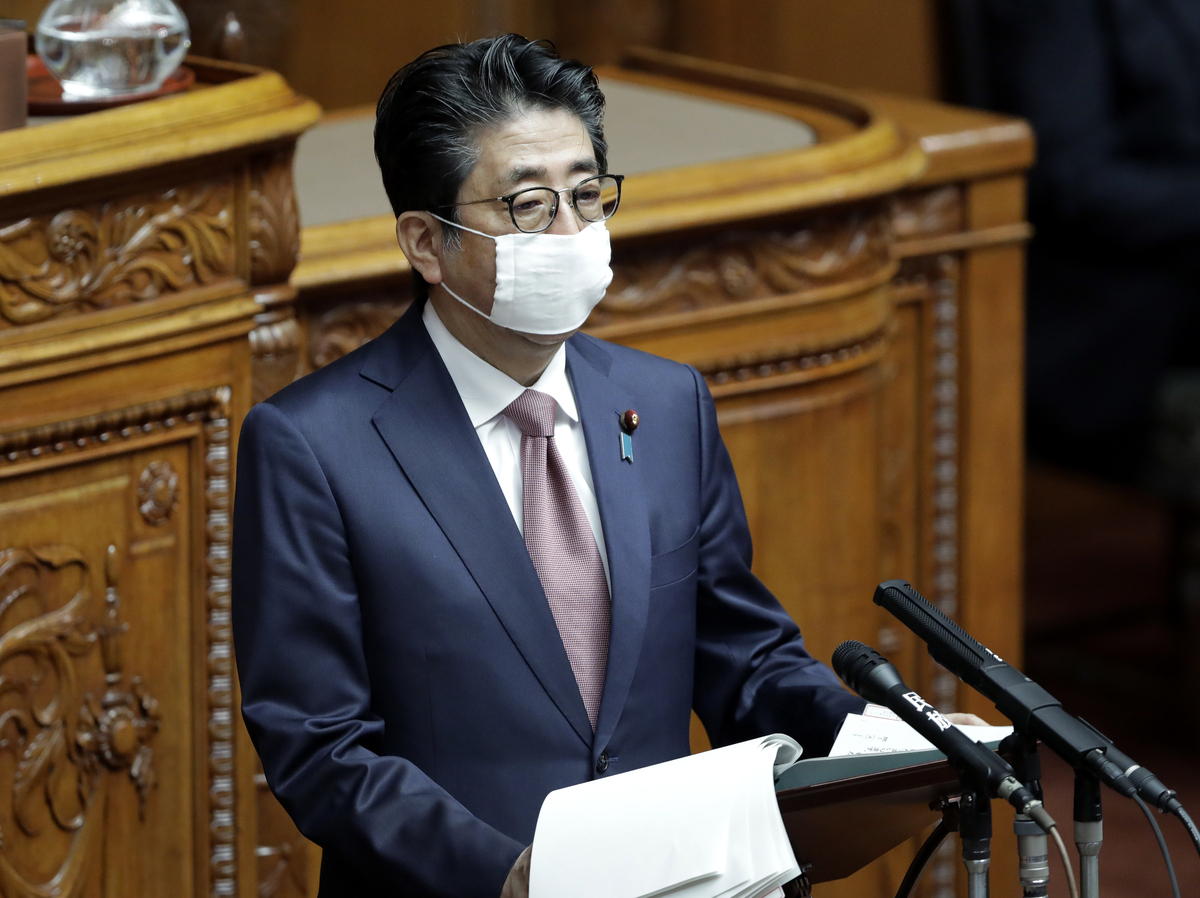 Japan's Prime Minister Shinzo Abe speaks during a plenary session at the upper house of parliament in Tokyo on Friday. Abe says he will declare a state of emergency this week in response to the coronavirus pandemic.

Prime Minister Shinzo Abe is preparing to declare modern Japan's first-ever state of emergency in response to a sudden increase in novel coronavirus cases in the capital, Tokyo, and several of the country's other major cities.

Abe said Monday that he would issue the declaration as early as Tuesday to cover Tokyo, as well as nearby Kanagawa, Saitama and Chiba prefectures and Osaka, Hyogo and Fukuoka.

The declaration, which falls under a law revised just last month in response to the pandemic, would allow governors of hard-hit prefectures to issue stay-at-home directives to contain the spread of the potentially deadly disease.

Even so, Japanese law specifies no punishment for those who do not comply and does not grant the authority to ban business activity.

Without the threat of coercion to back it up, the declaration of an emergency would rely on voluntary compliance. Tokyo has already called on residents to avoid nonessential travel, and surrounding prefectures have asked commuters to avoid heading into the capital. The request seems to have reduced movement.

Before the recent spike in Tokyo, northernmost Hokkaido prefecture had the most cases, and its governor declared a state of emergency there on Feb. 28. The governor admitted he did not have the legal authority to do so, but most residents complied anyway, new case numbers declined and the emergency was lifted on March 19.

The latest order from Abe, expected to go into effect on Wednesday, has been contemplated for at least a week as the number of infections in Japan has spiked in recent days after appearing earlier to have been successfully tamped down.

As recently as March 25, there were fewer than 20 new cases a day in Tokyo, but after that date the daily toll steadily climbed, and on Sunday the capital reported a record 143 new cases. Nationwide, more than 3,600 people in Japan have been infected, with 85 people dying from COVID-19, the disease caused by the virus, according to a tally kept by Johns Hopkins University.

However, even as schools in Tokyo remained closed, in many other parts of the country they reopened on Monday after being shuttered for a month to stem the epidemic.

In Mito, Ibaraki prefecture, 230 students participated in a ceremony marking the new academic year, according to the Kyodo news agency.

During the ceremony, children stood about 6 feet apart in their schoolyard as the principal addressed them, instructing them to wash their hands frequently and thoroughly and to take their temperatures every day, the news agency said.

On Friday, Abe's ruling Liberal Democratic Party approved a government proposal to provide 300,000 yen ($2,800) in cash to households that have taken an economic hit as a result of the coronavirus pandemic.

About 10 million of Japan's 58 million households are expected to be eligible, according to Kyodo.

The move echoes one approved by Congress and signed into law by President Trump late last month.