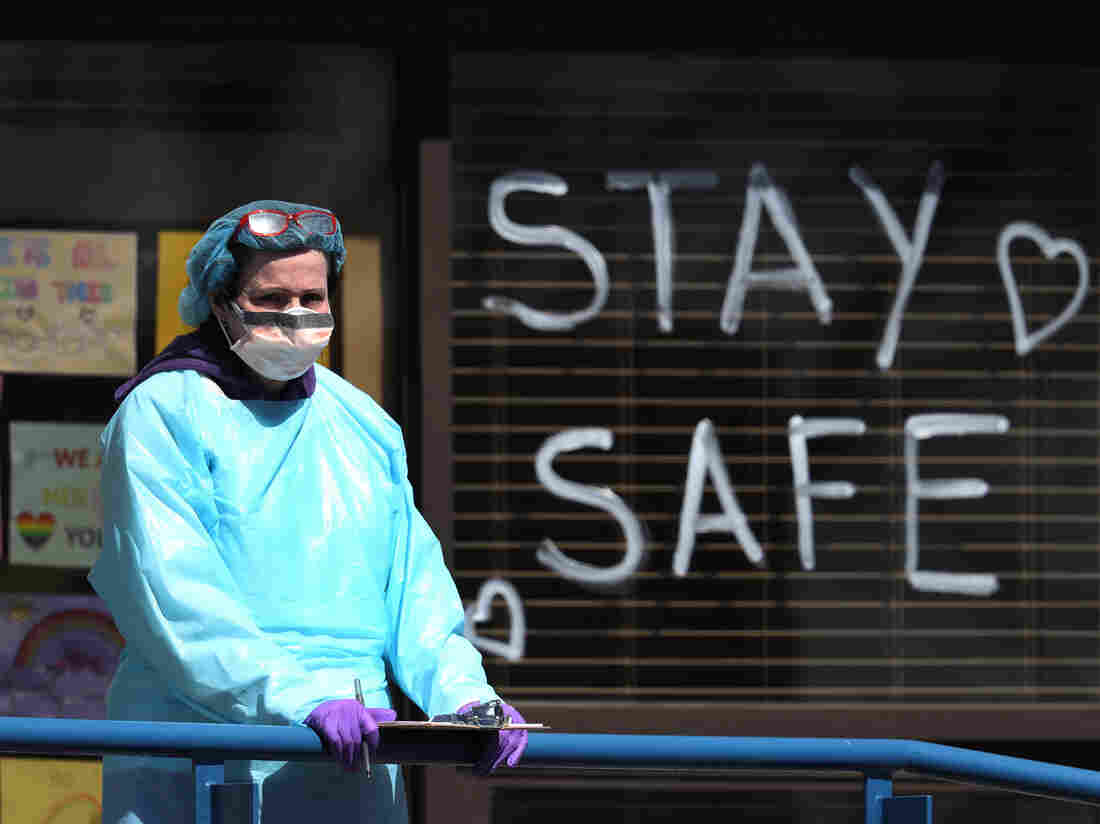 A health care worker staffs a drive-through coronavirus testing site in Jericho, N.Y., the state that remains the hardest hit by the COVID-19 pandemic. The disease has killed more than 10,000 people in the U.S., including 4,758 in New York. Al Bello/Getty Images hide caption 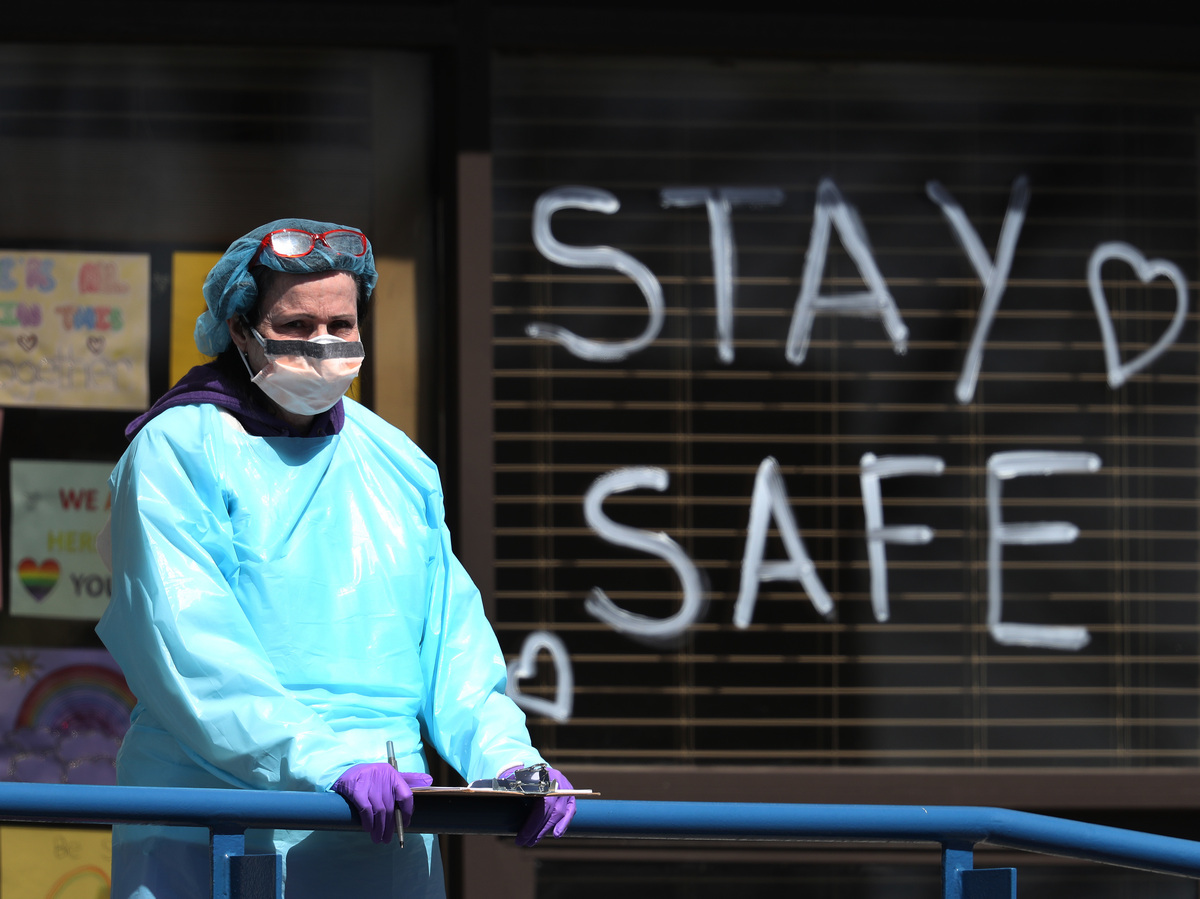 A health care worker staffs a drive-through coronavirus testing site in Jericho, N.Y., the state that remains the hardest hit by the COVID-19 pandemic. The disease has killed more than 10,000 people in the U.S., including 4,758 in New York.

More than 10,000 people have now died from COVID-19 in the U.S., as the coronavirus pandemic's horrible toll hit another milestone on Monday.

The U.S. is reporting more COVID-19 cases than any other country in the world, with nearly 350,000 people testing positive for the coronavirus, according to a COVID-19 dashboard created by Johns Hopkins University's Whiting School of Engineering, which reports coronavirus numbers in near real time.

Italy's population is equal to about 19% of the U.S. total: around 62 million people, compared with some 332 million in the U.S., according to the most recent data from the CIA's World Factbook. Spain is even smaller, with around 50 million people.

The worst-hit U.S. state remains New York, where Gov. Andrew Cuomo said on Monday that the state now has more than 130,000 cases and 4,758 deaths.

The respiratory virus was reported in all 50 states and the District of Columbia just three weeks ago. Health experts warn that COVID-19 is still far from reaching the peak of the damage they believe it will inflict on the United States.

The U.S. crossed the 10,000 mark days after President Trump warned that the country is facing "one of the toughest weeks" of the outbreak. He added, "There's going to be a lot of death, unfortunately. There will be a lot of deaths."

Because of a persistent lack of widespread and reliable testing, the true scope of the outbreak is still largely unknown.

New York, which has been a leader in testing for the coronavirus, has tested more than 320,000 people. But its ratio of overall tests to positive results is less than 3-to-1 — far short of the ratio that the World Health Organization says is optimal for discerning the presence of a disease in the public.

"If 80-90% of the people test positive, you are probably missing a lot of cases," Michael Ryan, the WHO's executive director for emergencies, said last week.

Three European countries — Spain, Italy and Germany — are now reporting more than 100,000 cases each, with France poised to cross the same threshold.

China, where the virus was first detected in late 2019, is still reporting fewer than 83,000 infections and 3,335 deaths — numbers that haven't changed substantially in weeks.