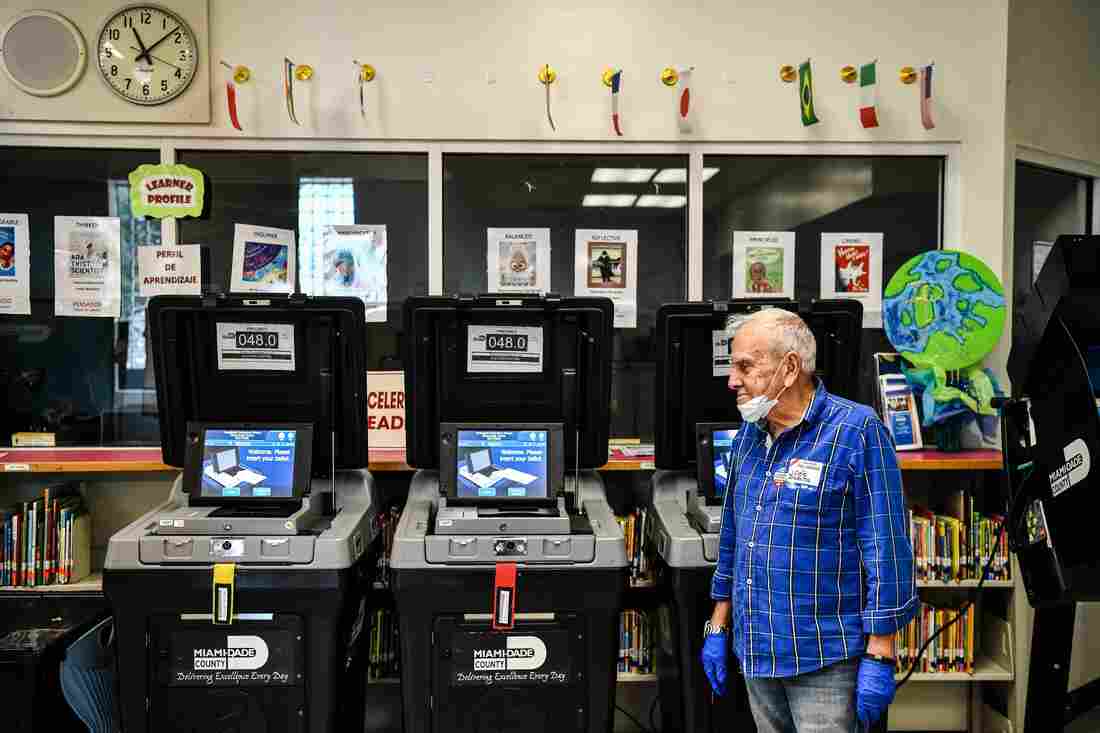 An election worker at a poling station in Miami during last month's election there. The coronavirus pandemic is challenging election officials, whose own staffers are coming sick with the virus. Chandan Khanna/AFP via Getty Images hide caption 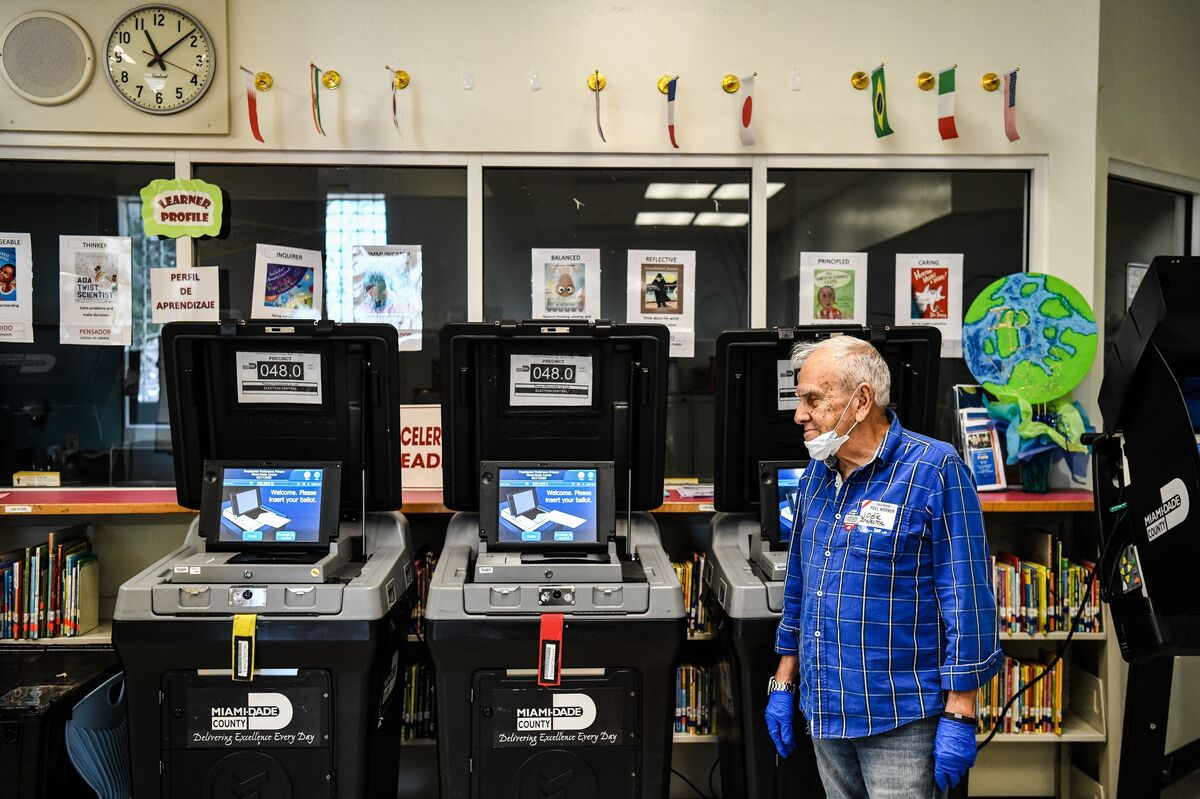 An election worker at a poling station in Miami during last month's election there. The coronavirus pandemic is challenging election officials, whose own staffers are coming sick with the virus.

Election offices around the country already were having trouble retaining staff before the COVID-19 pandemic hit. They're now dealing with more serious personnel strains even as the workload becomes increasingly intense.

Two staffers at the New York City's Board of Elections, have died of the infection and fifteen have tested positive, reports NPR member station WNYC.

New York's April primary was postponed until June, but the elections office continues to have work to do.

"We at the Board have a legal mandate to conduct our jobs. The continuity of government depends in part on some of the work that we're doing," election director Michael Ryan told WNYC.

About 100 of the city's 900 election workers are still showing up at the board's offices to process voter registrations and candidate petitions to appear on the June ballot.

Across the Hudson River in New Jersey, Hudson county clerk E. Junior Maldonado, whose office oversees elections there, has tested positive for the virus. And in Washington, D.C., the Board of Elections shut it's offices to the public because several employees showed symptoms of the disease after coming in contact with a resident who had tested positive.

Around the country, election clerks have expressed concern about working during the pandemic. They're under increased pressure because of the push by many states to expand mail-in voting, which requires tens of thousands of applications and ballots to be processed. Some offices have turned to telework, but that's not always possible or ideal.

"Seriously! It's election season. How do we telework?! We're on public lockdown but its candidate filing time for Primary...Have a May runoff election and Aug statewide Primary, Work from home and telecommute? Sure. That works. #not" tweeted Lisa Marra, director of the elections office in Cochise County, Arizona.

The pressure was even more intense in Wisconsin where officials were preparing for in-person voting on Tuesday until Gov. Tony Evers effectively postponed the election Monday via an executive order. Volunteer pollworkers had dropped out by the thousands, putting even more responsibility on full-time election workers.

Last week, the clerk in Waterloo, WI, Ted Faust, quit rather than administer the election in his town. He noted that he, many voters and pollworkers are over 60 and at higher risk, and encouraged his fellow clerks to also boycott the election.