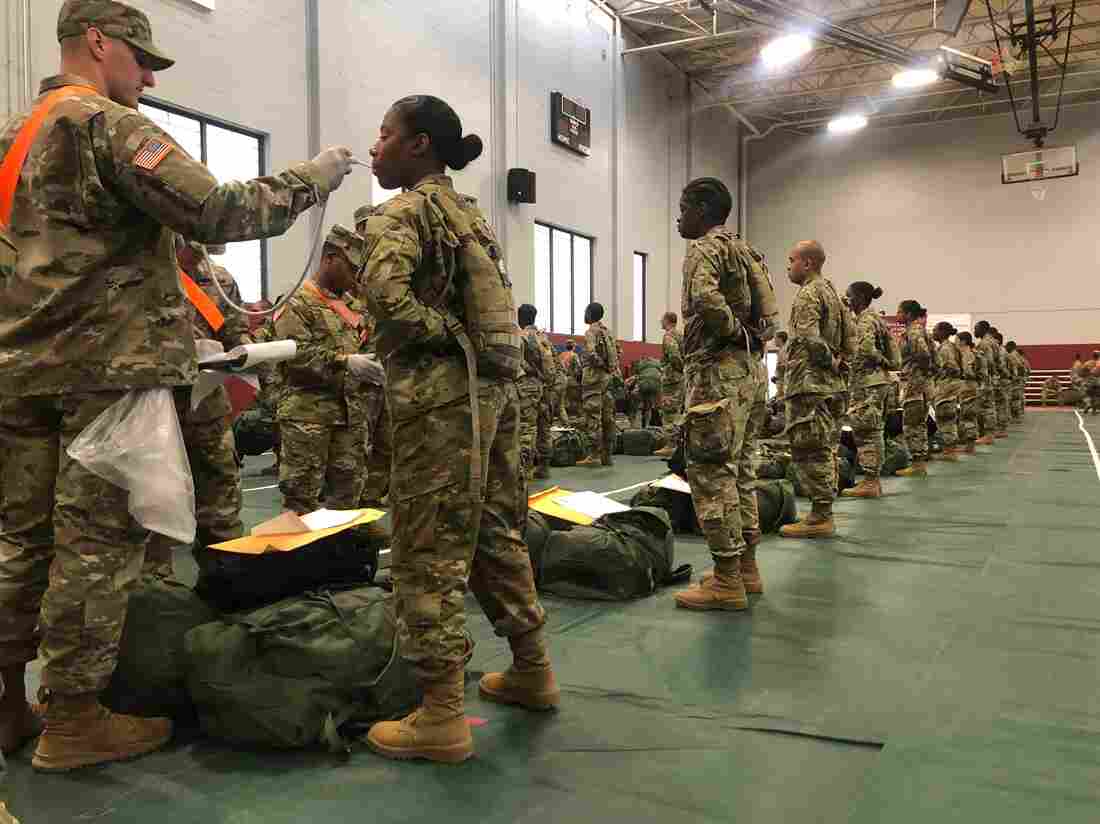 Recent Army basic combat training graduates have their temperatures taken as they arrive at Fort Lee, Va., on March 31, after being transported using sterilized buses from Fort Jackson, S.C. The Army says it will delay basic training due to COVID-19. U.S. Army photo via AP hide caption 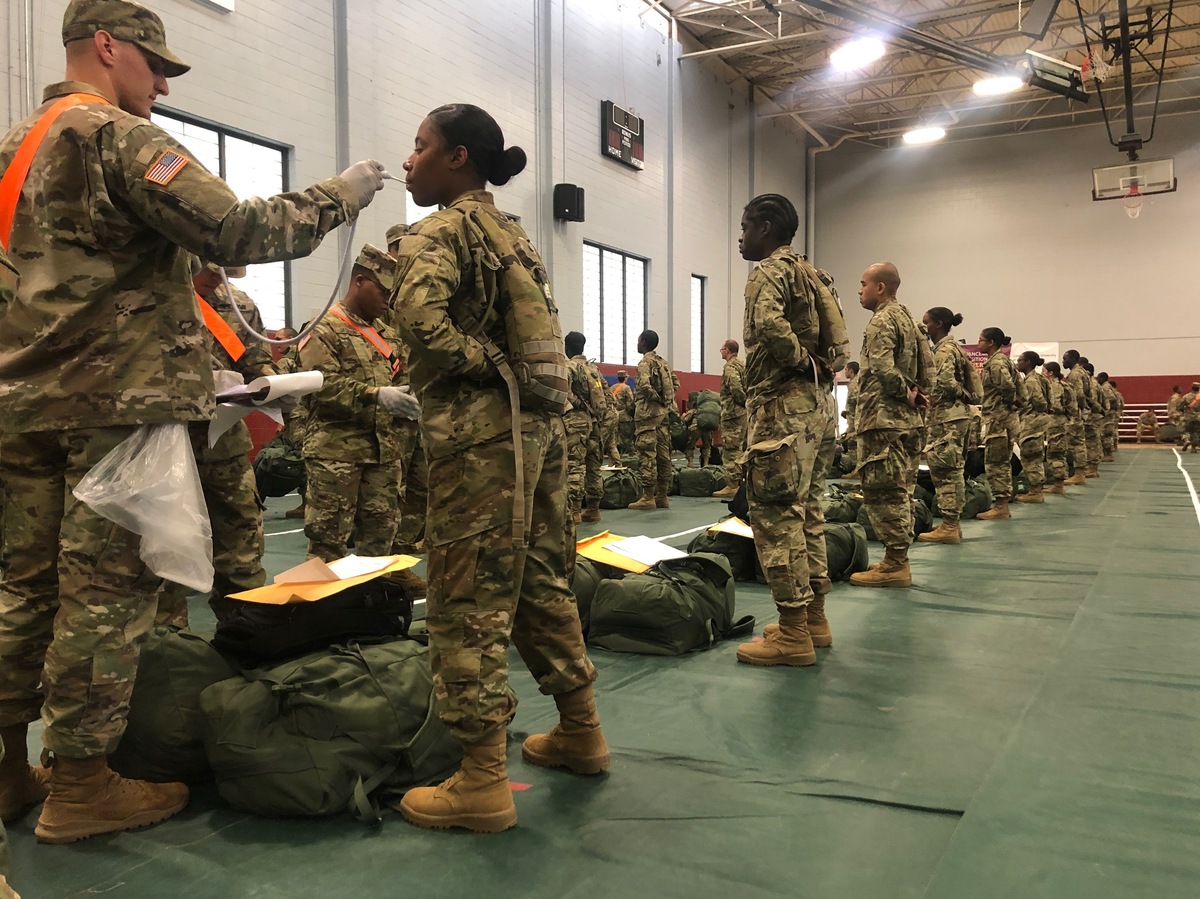 Recent Army basic combat training graduates have their temperatures taken as they arrive at Fort Lee, Va., on March 31, after being transported using sterilized buses from Fort Jackson, S.C. The Army says it will delay basic training due to COVID-19.

The U.S. Army will not bring a new class of recruits into basic combat training due to disruptions and safety concerns about the COVID-19 pandemic, as an order to delay the process for at least two weeks took effect on Monday.

Recruits who have already begun their early training will keep working under recently introduced screening and safety guidelines, the Army says.

"The decision to pause the shipment of trainees to BCT for two weeks will allow leaders to focus on setting conditions so movement can be conducted in a safer manner in the future," said Gen. Paul E. Funk II, commander of the U.S. Army Training and Doctrine Command.

Funk said that trainees who are already in the pipeline of Basic Combat Training and Advanced Individual Training – the second, career-centric portion of the service's initial training process – have been undergoing "social-distanced-enabled training" and other measures to cut down on the risk of spreading the deadly coronavirus.

The Army has also cut down on the amount of movement of its soldiers and trainees.

There are 7 days in a week and we use all 7! Great job @2_39IN and 3-60IN on training and educating our Soldiers in the social distance environment 👍🏾 #StopTheSpread #lead @CSM_Gan @USACIMT @TradocDCG pic.twitter.com/YHTEP1piU7

As it announced the delay of basic training on Monday, the Army stated, "This tactical pause will allow commands to ensure appropriate safety measures are in place and are operating effectively at training installations."

Last week, the Army said recruits and trainees who are experiencing financial hardship because of delays to their basic training could apply for help from a new program that can "provide the pay of an active-duty private to eligible Future Soldiers who have had their basic training dates rescheduled based on the risk level of the virus in their area."