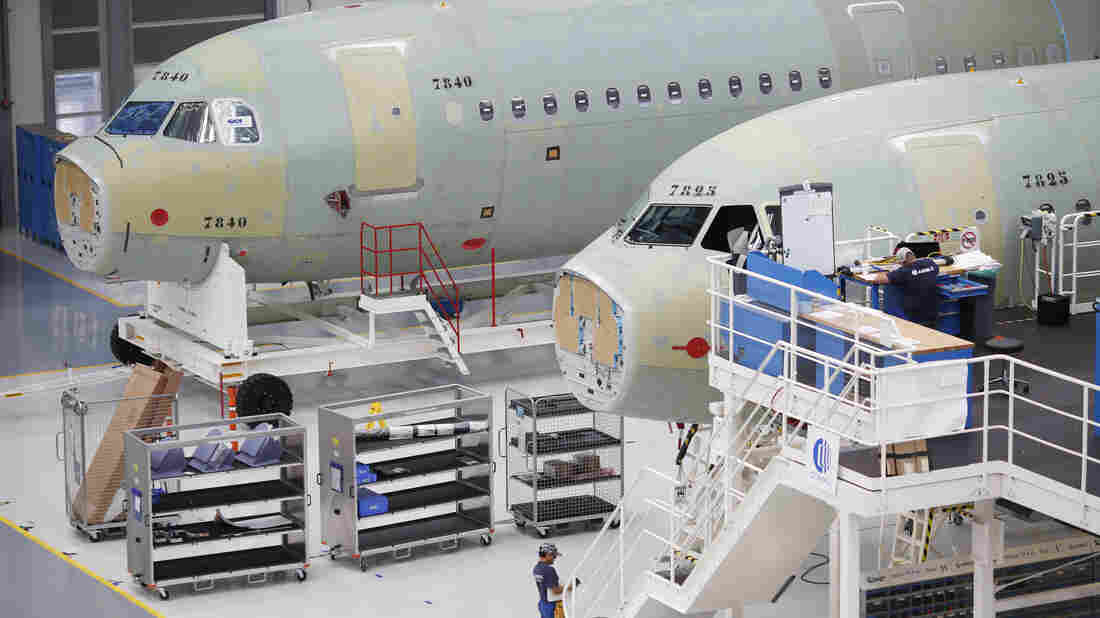 Employees work on Airbus SE A321 fuselages at the company's final assembly line facility in Mobile, Ala. in 2017. Bloomberg/Bloomberg via Getty Images hide caption 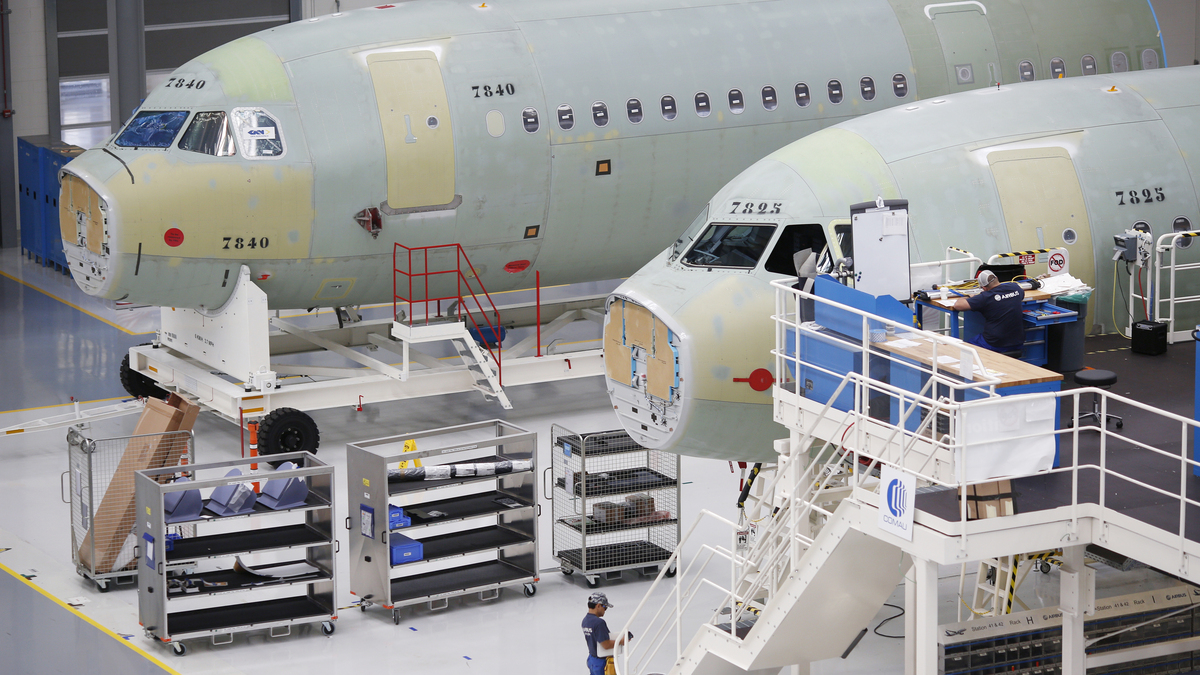 Employees work on Airbus SE A321 fuselages at the company's final assembly line facility in Mobile, Ala. in 2017.

Two more big airplane manufacturing facilities are shutting down because of the coronavirus outbreak.

Airbus is temporarily halting production at its manufacturing plant in Mobile, Ala., where it makes A220 and A320 passenger jets, idling about 1,100 employees. And Boeing is closing down its 787 campus in North Charleston, S.C., affecting about 7,000 workers.

Airbus has already temporarily shut down most of its European aircraft manufacturing plants, as have many industry suppliers here and abroad.

Boeing's decision to shut down the 787 plant comes after South Carolina's governor issued a stay-at-home order. Republican Henry McMaster had been one of eight governors holding out on ordering residents to remain at home except for essential trips, but he reversed course Monday.

Employees who can work remotely at Boeing will continue to be paid during the entire duration of the plant shutdown. Boeing will pay those who cannot work remotely for two weeks. If the shutdown continues longer than two weeks, employees can use paid time off, including sick and vacation days, to remain on the payroll, or they can file for unemployment benefits.

That's what Boeing employees in Washington state will have to do as the company extends plant closings there indefinitely. Those facilities shut down March 25.

Many of those who are leaving their jobs on the airplane factory floors must be wondering if they'll ever be called back to work, as this has suddenly become an anxious time in the aviation industry.

Analysts are predicting a long and slow recovery once travel restrictions are lifted and several airlines have put orders for new airplanes on hold or have even cancelled orders.

In January, Airbus announced it would ramp up production at the Mobile plant and hire hundreds of additional workers, but now, with an unprecedented drop in air travel, airlines are canceling orders for new planes.

Boeing had already begun offering employees pay and benefit incentives to leave the company, as it planned to scale back production of its bigger, longer range aircraft.