Accessibility links
U.S. Surgeon General Sees 'Light At The End Of This Tunnel' : Coronavirus Live Updates "The American people have the power to change the trajectory of this epidemic if we come together like we have after past tragedies in this county," the U.S. Surgeon General told ABC on Tuesday. 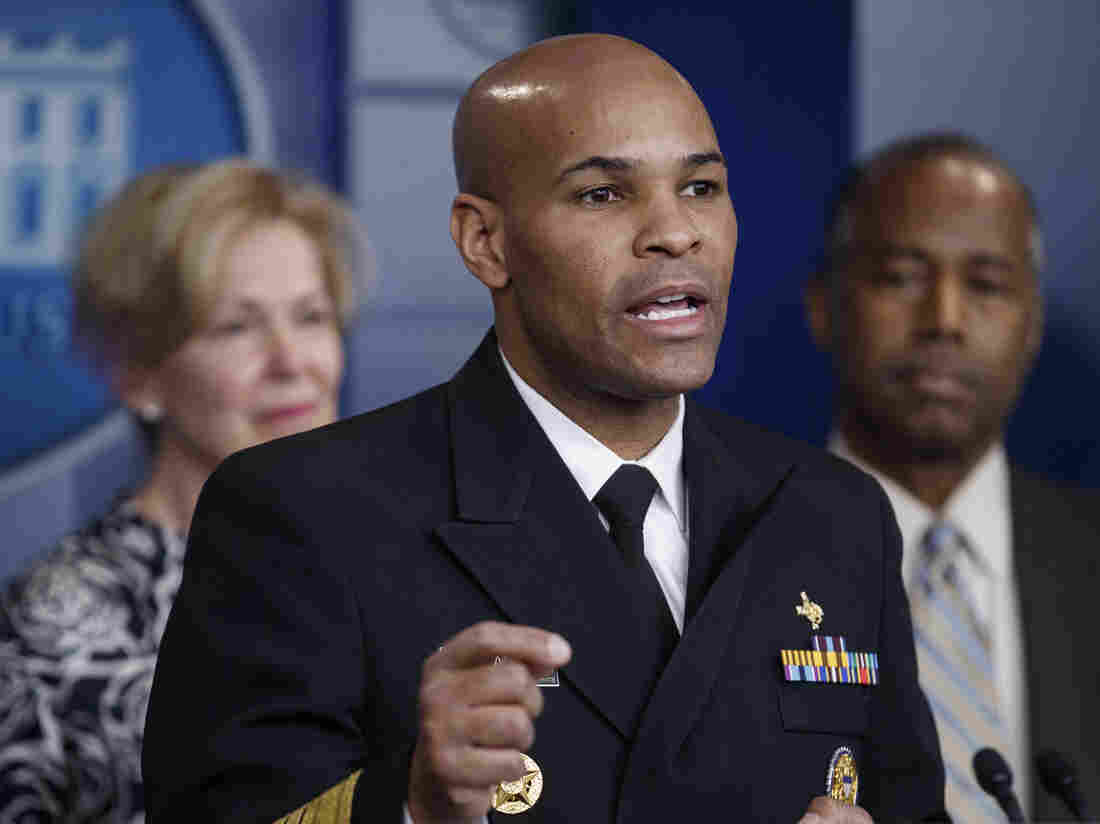 U.S. Surgeon General Jerome Adams, shown here during a news conference at the White House last month, said Tuesday that he expects some places to be able to "slowly reopen" after the end of April. Shawn Thew/Bloomberg via Getty Images hide caption 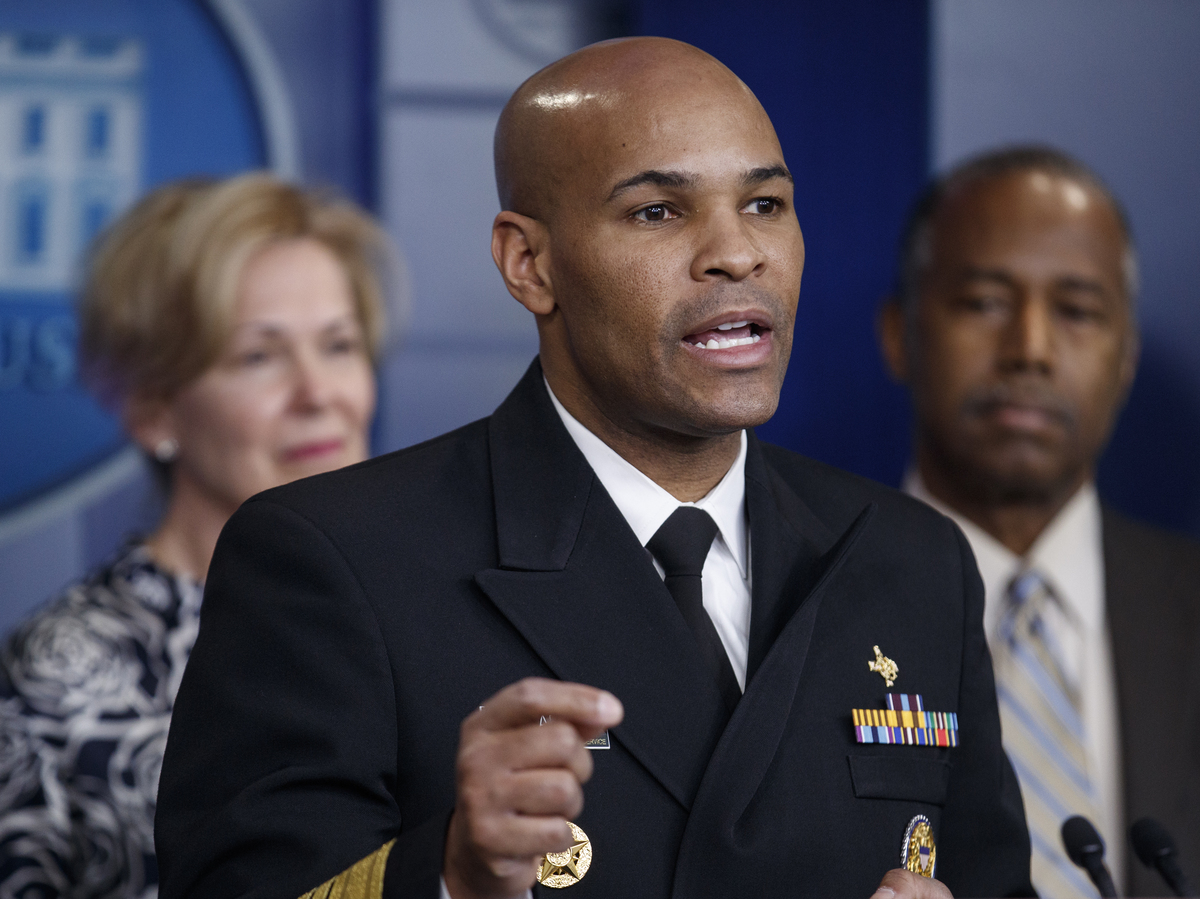 U.S. Surgeon General Jerome Adams, shown here during a news conference at the White House last month, said Tuesday that he expects some places to be able to "slowly reopen" after the end of April.

U.S. Surgeon General Jerome Adams said he sees a "light at the end of this tunnel" in an interview Tuesday. At the same time, he said he still believes the nation will suffer high numbers of coronavirus-related deaths this week.

"I absolutely believe this is going to be an incredibly sad and an incredibly hard week for our country," Adams told ABC's Good Morning America on Tuesday. "But the American people have the power to change the trajectory of this epidemic if we come together like we have after past tragedies in this county."

Adams said the next 30 days are critical to slow the spread of the virus in the U.S. and urged the public to practice social distancing.

"We need you to continue doing your part. And most people actually are — over 90% of the country is actually doing the right thing right now," Adams said.

Over the weekend, Adams warned that the country should ready itself for a week of tragedy comparable to the number of lives lost in the Sept. 11, 2001, terrorist attacks or 1941 air raid against Pearl Harbor.

The Trump administration warned late last month the country should brace for 100,000 or more people to die from the pandemic.

On Tuesday, Adams said he is seeing some causes for optimism.

He pointed to so-called hot spot states — like California, Washington, New Jersey and the current coronavirus epicenter New York — that had showed promising signs in recent days, with the number of new reported coronavirus cases continue to "level off and come down."

"I want the American people to know, there is a light at the end of this tunnel and we feel confident that if we keep doing the right thing for the rest of this month that we can start to slowly reopen in some places," Adams said.

Currently, the U.S. leads the world in total confirmed cases with more than 369,000, according to a tally from Johns Hopkins University. About 11,000 people in the U.S. have died from complications related to COVID-19.

Adams also said a return to normalcy, whenever it happens, will look different from what Americans were accustomed to prior to the pandemic.

"We know that normal is going to be a different normal, whenever we do reopen," Adams said, adding that once a vaccine is developed the nation can likely treat coronavirus "the way we treat flu season."

Adams also had a message for residents of Wisconsin, who are heading to the polls in statewide primaries after the state Supreme Court on Monday overturned an executive order by the governor that would have delayed in-person voting until June.

He suggested voting remotely if that's an option. But if not, people in the polling lines should aim to stay at least 6 feet apart.

"And also please, this is one situation where I would really say consider wearing a cloth facial covering," Adams said. "If you go out in Wisconsin to vote, please wear one to protect your neighbors, because we're all in this together."