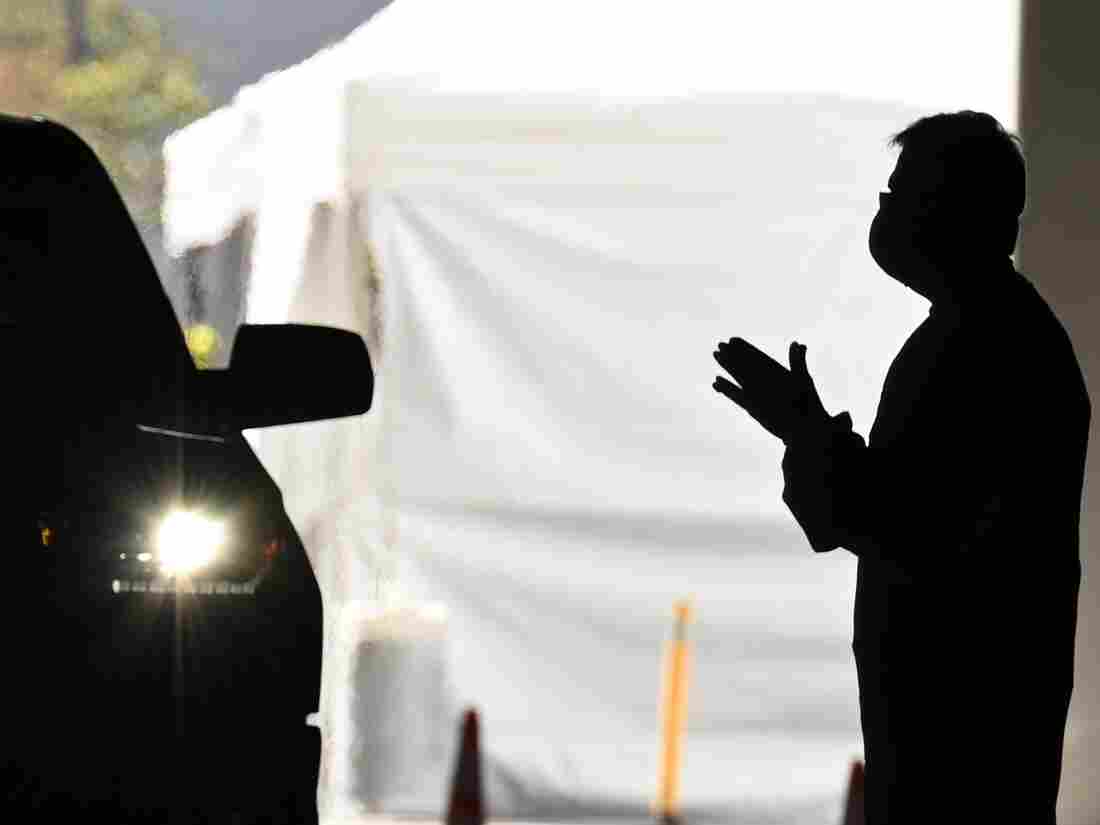 A health care worker instructs people arriving in their cars to be tested for COVID-19 at a new coronavirus drive through testing site in Redondo Beach, Calif. Robyn Beck/AFP via Getty Images hide caption 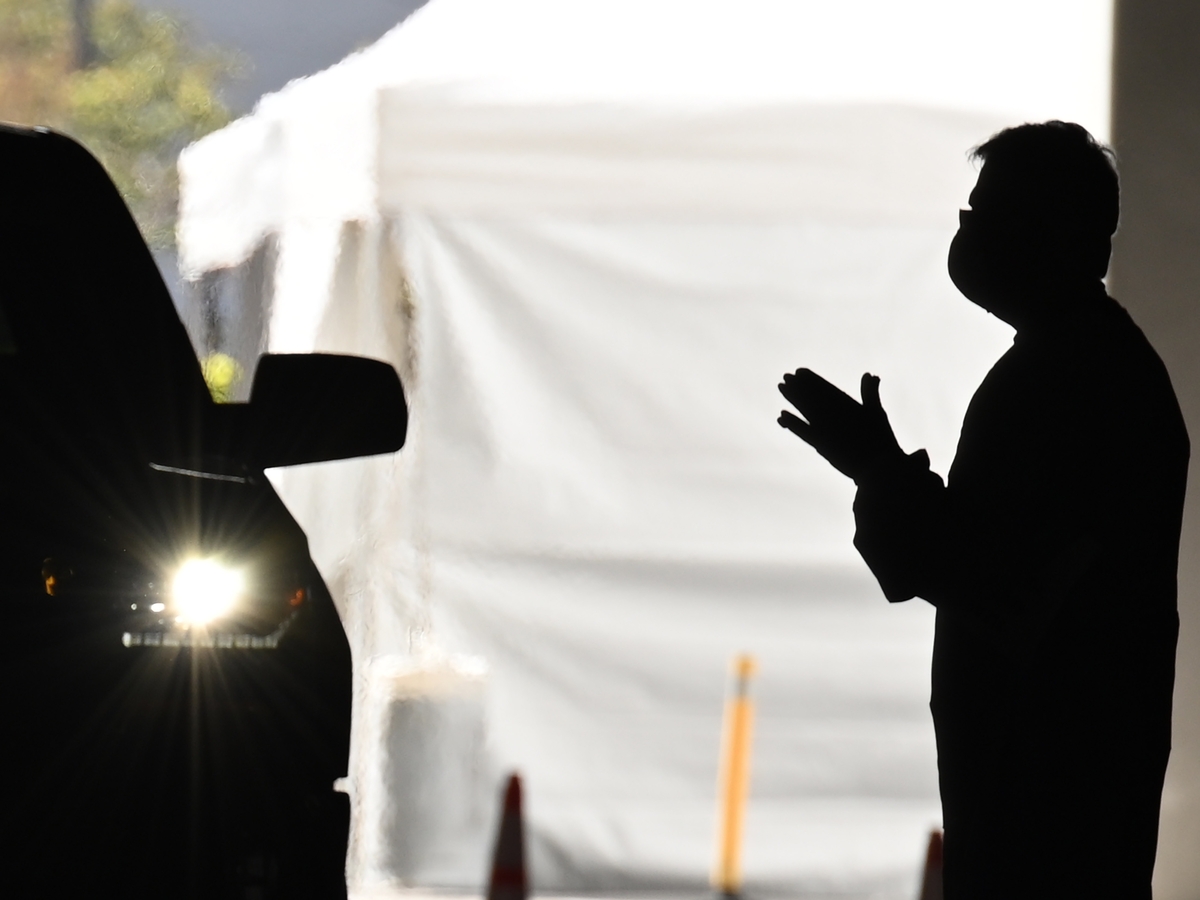 A health care worker instructs people arriving in their cars to be tested for COVID-19 at a new coronavirus drive through testing site in Redondo Beach, Calif.

Senate Minority Leader Chuck Schumer says Democrats will push to include a new hazard pay program for frontline workers in the coronavirus pandemic in the next legislative vehicle that passes Congress in response to the crisis.

"We are asking these workers to take great risks and we should reward them for it," Schumer told reporters Tuesday on a conference call.

The Democratic proposal has two main components: up to a $25,000 pay increase for essential workers, and a one-time $15,000 incentive to help recruit new health care workers during the pandemic.

The pay increase is the equivalent of a $13 per hour pay raise, that would be retroactive to the start of the crisis and authorized through Dec. 31, 2020. It would apply to workers earning less than $200,000 annually, but workers who make more than that would still be entitled to up to $5,000 in hazard pay. It would apply to vast swaths of the workforce, including health care workers, postal workers, transit workers and airport workers. It would not apply to employees who are working from home. The one-time $15,000 recruitment incentive would be more limited, and focused on health care workers that are experiencing shortages such as home care workers and first responders.

Democrats say the federal government would guarantee the money, but their proposal does not include details on the cost, or the specific mechanism for how to deliver this pay to workers. There are no Republican cosponsors of this proposal — a signal that it is unlikely to garner much bipartisan support in the GOP controlled Senate. Schumer declined to comment when asked if Democrats would block coronavirus-related legislation from passing unless this proposal was included, saying only that this is now a top Democratic priority.