Accessibility links
Fenway Park Organist Plays Live From Home Because Of Coronavirus Closures : Coronavirus Live Updates Josh Kantor streams the music show on Facebook Live each day from his house in Cambridge, Mass. He says he'll keep going "until people get sick of it or until baseball starts up." 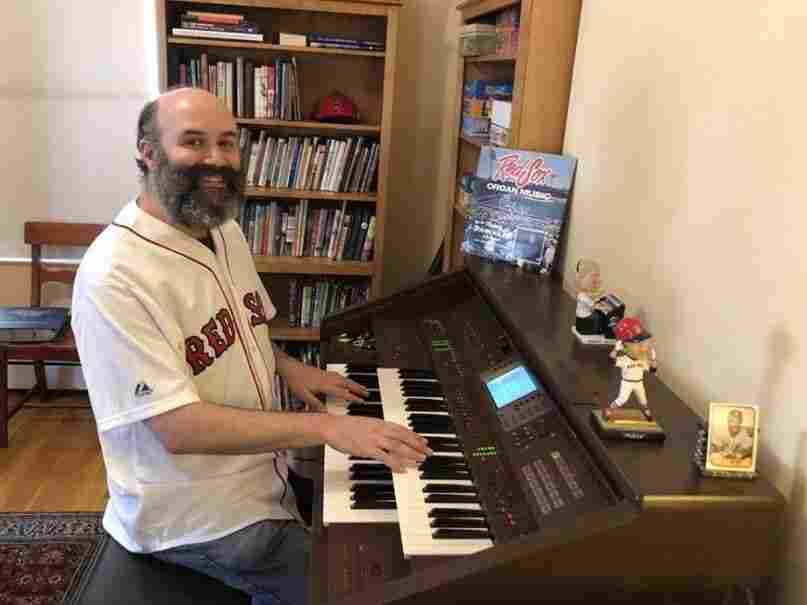 With baseball season on hold, Fenway Park organist Josh Kantor streams a show from his home each afternoon. He uses his encyclopedic knowledge of music to play requests, and he urges donations to local food banks. Mary Eaton hide caption 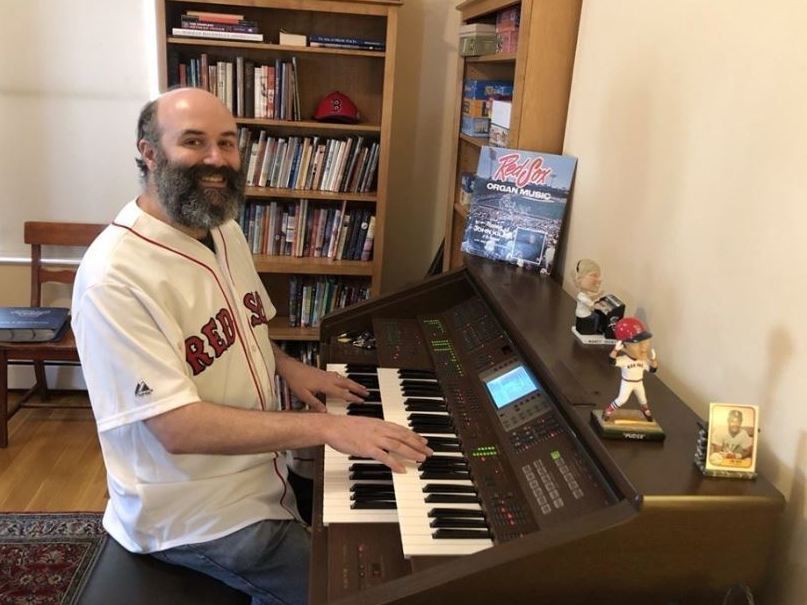 With baseball season on hold, Fenway Park organist Josh Kantor streams a show from his home each afternoon. He uses his encyclopedic knowledge of music to play requests, and he urges donations to local food banks.

This springtime, there is no crack of the bat, no late-inning homers. But there is still the sound of the organ, playing "Take Me Out to the Ballgame."

That's thanks to Josh Kantor, the Fenway Park organist. Each day at 3 p.m., he plays 30 minutes of songs on the organ, live from a room in his home in Cambridge, Mass.

Kantor streams the show on Facebook Live, and he calls it 7th-Inning Stretch. He encourages folks at home to take a stretch, sing along and enjoy some favorite songs together, apart.

The organist also recreates part of what makes his ballpark performances special: He takes requests. Since about 2011, he's been playing songs that people suggest to him on Twitter. Now those requests come in via the live chat on his Facebook page, then are relayed to him on sticky notes by his wife, Mary Eaton, whom he calls "Rev. Mary."

"We started the show on March 26th (what was supposed to be the first day of baseball season), and we were planning only to do it that one day, but by doing it, we learned how much we got out of it and how much others got out of it," Kantor tells NPR in an online message. "We've committed to doing it every single day (what's a weekend?) until people get sick of it or until baseball starts up."

On Tuesday's show, Kantor began with a smile and Smokey Robinson's "I Second That Emotion." He moved on to tunes by REM, Queen and Bob Marley, among others. He even played a few bars of "Piano Man," despite what he said he would charitably call his "indifference" toward Billy Joel. He can apparently play any song.

Kantor rarely looks directly at the camera, but he banters with his invisible crowd the whole time. It's clear he's doing it all for his audience: all those baseball fans missing the ballpark, and the many more looking for some brightness amid long days at home.

Partway through the set, he dons a Johnny Damon Red Sox cap, complete with shoulder-length hair. He suggests that viewers donate to their local food bank, and visit feedingamerica.org to find one nearby.

As the show winds down after 36-odd minutes, Kantor says he's going to play a song requested by his friend Fran. "I'm gonna play us out, he says. "And sing along and just to say thank you so much for being here. This is really a joy for Mary and me to get to do this every day together, and to have this thing to look forward to, today, together."

"We love you," Kantor says. "Be good to yourselves, and be good to each other, and wash your hands, and wear your mask, and all that stuff."

Then he starts playing a familiar song on organ, a song for the times: "Someday We'll Be Together," made popular by Diana Ross and the Supremes.

Eaton starts singing in the background.