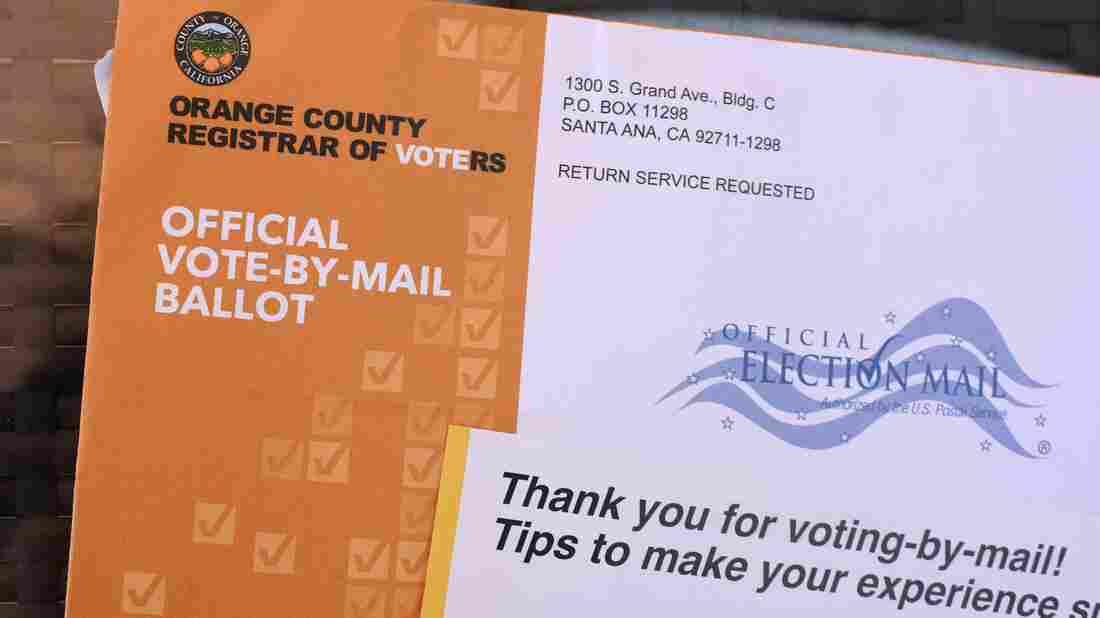 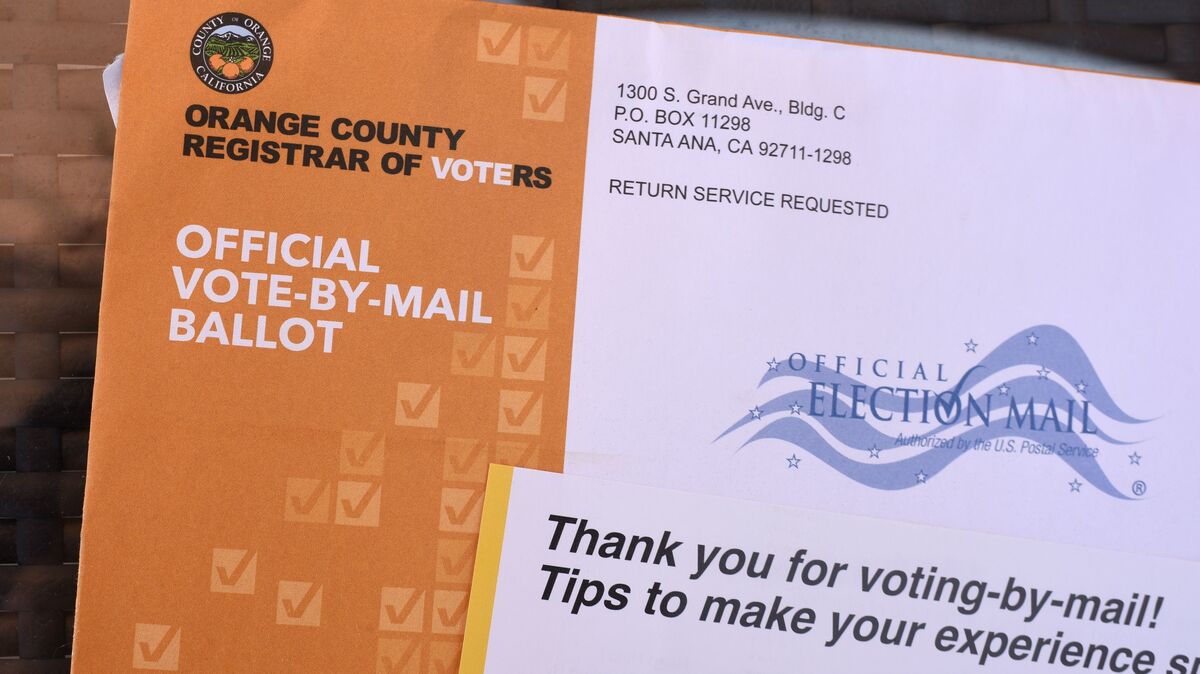 A mail-in ballot is displayed in Laguna Niguel, Calif.

Voting rights groups and many Democrats are ratcheting up pressure to make mail voting more available nationwide in response to the coronavirus pandemic, but President Trump is standing in opposition.

"Mail ballots are a very dangerous thing for this country, because they're cheaters" said Trump, during Tuesday's daily White House briefing. "They're fraudulent in many cases." He was responding to a question about Wisconsin, which proceeded with in-person voting Tuesday despite objections that the election should move to all mail-in ballots.

The president has been arguing mail-in ballots are frequently fraudulent for the past week, after originally saying voting reforms like expanded vote-by-mail shouldn't be implemented because of the political ramifications.

Election experts say Trump is partially correct, that there is slightly more fraud in mail-voting than in-person voting. But they caution that both can be done safely and securely, and that election fraud is extremely rare in all instances.

"Where there is fraud in the system, it really seems to be in mail balloting," said Lonna Atkeson, a political science professor at the University of New Mexico. "There's some, there's not a lot. I think there's a little bit."

In Tuesday's briefing, Trump specifically referred to people collecting other people's ballots, what's sometimes referred to as "ballot harvesting." This sort of collection, and subsequent alleged manipulation, led to an election being overturned in North Carolina in 2018.

But experts, especially those with experience in the handful of states that vote completely by mail, say states can implement things like ballot tracking, as well as pre-paid postage and ballot drop boxes which eliminate the need for voters to hand over their ballots to a third party.

Tammy Patrick, a former election official in Arizona and now a current senior adviser with Democracy Fund, told NPR in 2018 that government officials should resist the urge to write off a voting method that can make voting more accessible (and in the current case safer) for thousands of people because of a few isolated incidents.

"I think it's something we need to resist as a reaction," Patrick said. "If and when a bank gets robbed or a car gets stolen, we don't stop using banks or cars. We enforce the laws we have in place."

Meanwhile, Sen. Elizabeth Warren is proposing that mail-in-ballot to be sent to every registered voter in the country.