Accessibility links
'Where Is This Going To Lead?': Roma People In Europe Face Coronavirus Disaster : Coronavirus Live Updates Many in Europe's largest ethnic minority group live in poor, marginalized communities where conditions could lead to a swift outbreak, say researchers and activists. 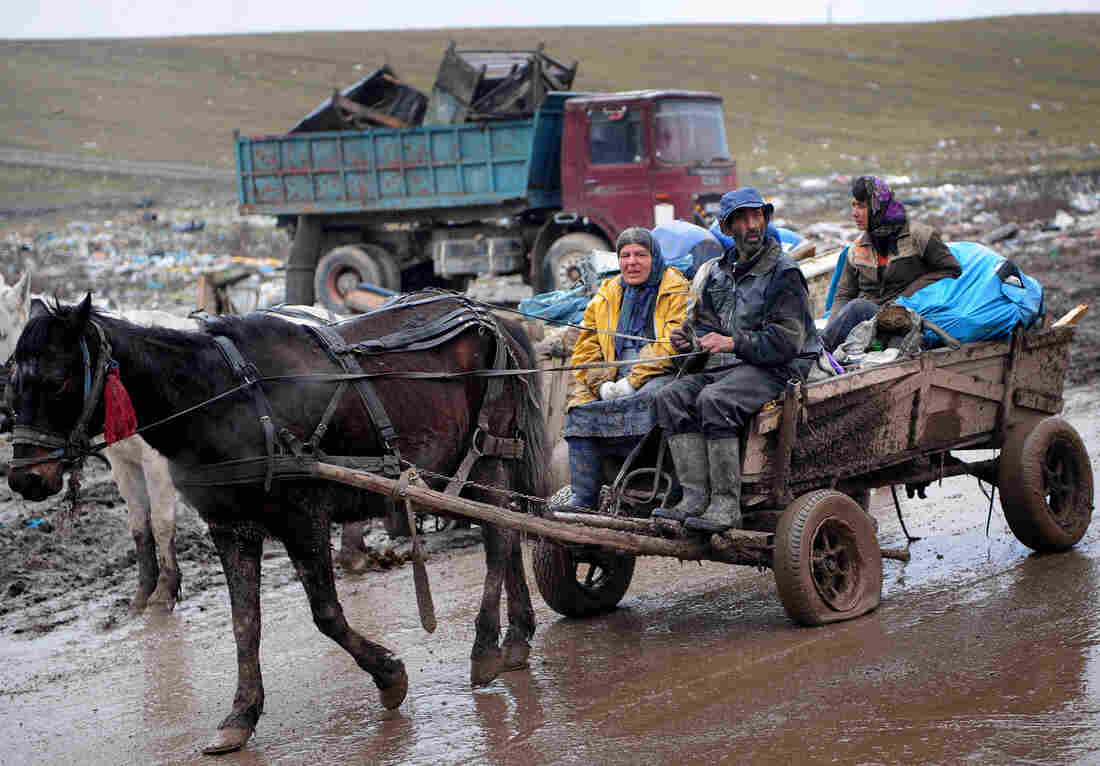 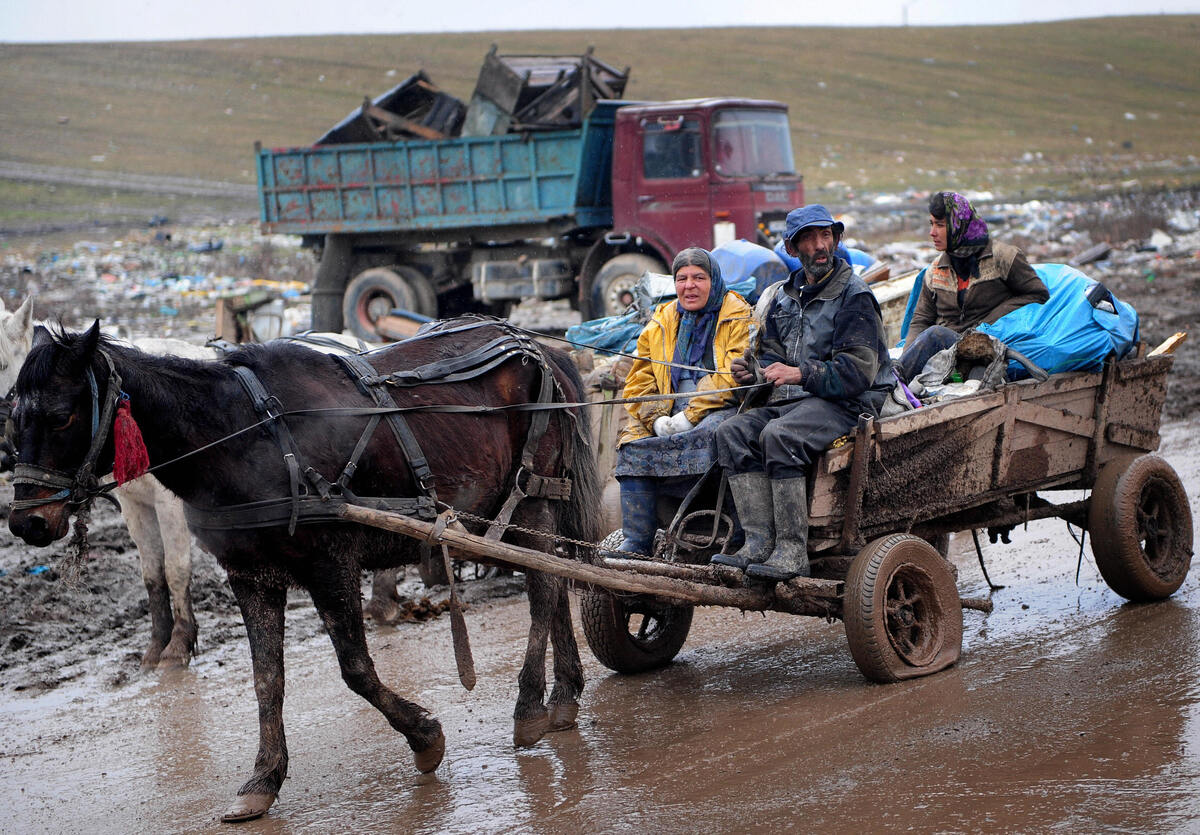 The Roma are Europe's largest ethnic minority — and among the most marginalized European citizens, excluded from society for decades. With the coronavirus pandemic, now they're facing a potential humanitarian disaster.

Many of the estimated 12 million Roma in Europe live in shantytowns without access to water, electricity or sanitation — not to mention with sometimes limited access to doctors.

"You have many family members living in the same improvised structure, when they're supposed to be social distancing to survive," says Ciprian-Valentin Nodis, a Roma and researcher from northern Romania. "And they can't eat because there's no work due to the pandemic. Where is this going to lead?"

COVID-19 testing is limited in Central and Eastern Europe, and it's unclear how many Roma have been infected, though there are some documented cases. But Nodis and other Roma activists say the conditions for a swift outbreak are there.

In northwestern Romania's Pata-Rât, where Nodis has documented conditions, some 2,000 are crammed into huts made of rotting wood that are built right on the local landfill. Residents sort through the trash for recyclables to sell.

"The children there are covered in so much dirt that you can't see the diseases on their skin," he says. "Many residents suffer from tuberculosis and hepatitis."

Nodis contributed to an upcoming report by the European Environmental Bureau, a collection of nonprofit groups, which documents environmental discrimination against Roma communities in Bulgaria, Hungary, Slovakia, Romania and North Macedonia.

At Europe's largest Roma settlement, outside the Bulgarian city of Plovdiv, about 60,000 Roma are cut off from clean water and sanitation. In Hungary, where Roma communities also lack access to basic services, Roma leaders say they cannot obey curfew orders if it means their families will starve. In Slovakia, the government sent the military to quarantine Roma settlements to prevent a potential spread of COVID-19.

In Albania, the Council of Europe is helping municipalities deliver food, water, medicine and hygiene products to Roma settlements.

"People in our community leave to work in France or Italy," says Brisilda Taco, a Roma activist in Tirana, Albania's capital. "When the coronavirus outbreak took over Italy, I knew people who were very afraid to say they were sick because they were afraid how the authorities would react."

She says they grow up hearing insults about the Roma, that they're the cause of society's problems. "We have always been the scapegoats," she says, "but a virus never discriminates."