Accessibility links
Nearly A Third Of Renters Didn't Pay By First Week Of April : Coronavirus Live Updates With so many people out of work, there was a steep jump in renters not paying on time, a trade group says. It says next month could be much worse if government help doesn't reach people in time. 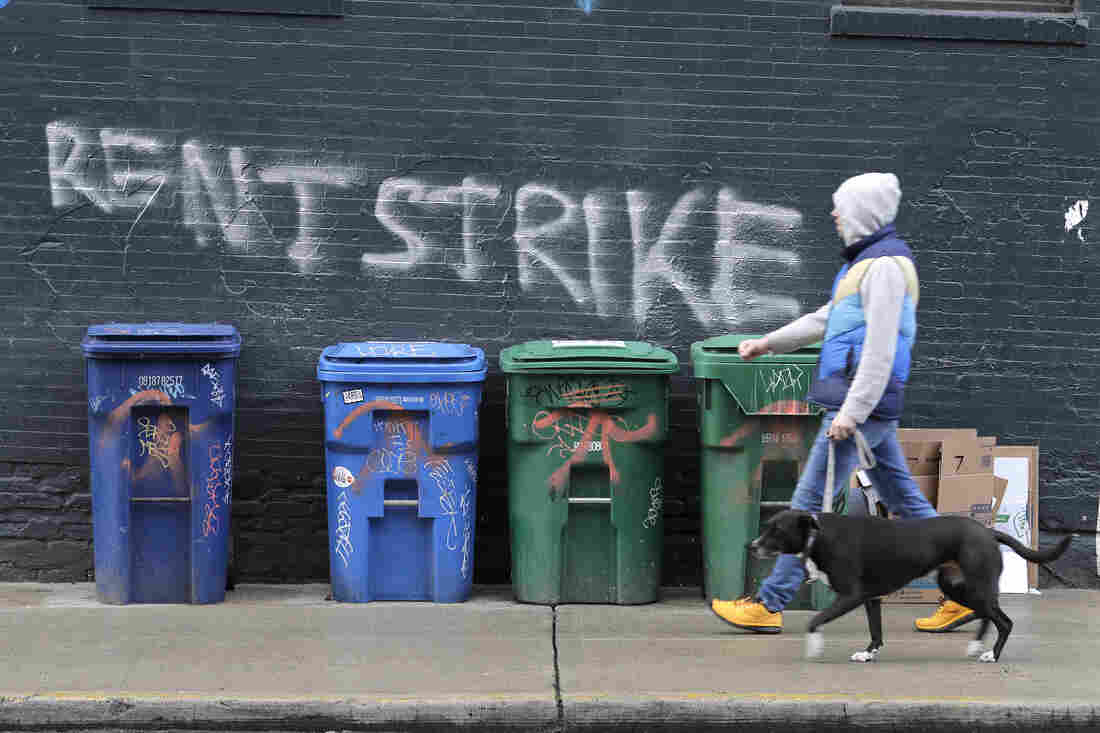 With millions of people out of work, many are having trouble paying their rent, and an industry group says next month could be much worse. Ted S. Warren/AP hide caption 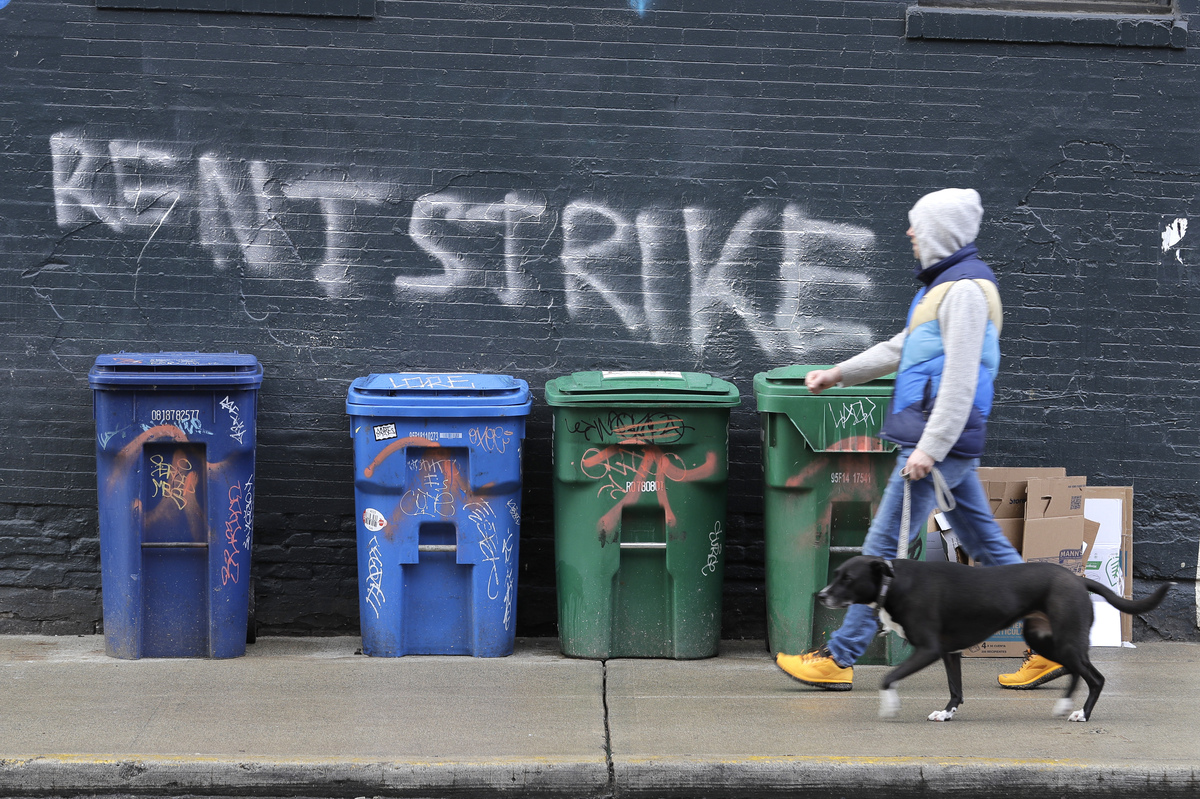 With millions of people out of work, many are having trouble paying their rent, and an industry group says next month could be much worse.

About a third of renters did not pay on time this month as business closures put millions of people out of work.

The National Multifamily Housing Council says 31% of renters didn't make their payment in the first week of April. Normally, about 20% of people don't pay their rent on time. The group tracks more than 13 million units through its survey.

Next month could be even worse if renters don't get government assistance in time, says Doug Bibby, the group's president. He's worried that could spell disaster for many rental property owners.

"I just see this cascading out throughout the whole system and just exacerbating the unemployment problem and the dislocation problem," he adds.

Bibby says the biggest, strongest players in the rental apartment industry should be OK. They have cash reserves and various ways to access money if they need it during the crisis.

But he says rental housing is a very fragmented industry with large portion of the units owned by small businesses with 50 to 100 units. He says they could be in much bigger trouble. There are also many mom-and-pop landlords who only own a few units.

"If an apartment owner has to shut down a 50-unit building, those people have to find shelter somewhere else," Bibby says. That's what "worries me the most," he says.

Congress placed an emergency ban on evictions, but it doesn't cover all properties. Many states and cities have their own eviction bans, but it's unclear how that would work if the business running the property collapsed.

Housing advocates have been calling for more assistance for renters during the crisis. "We need the federal government to step in," says Shamus Roller, executive director of the National Housing Law Project.

He notes that the CARES Act allows homeowners to defer mortgage payments. So, he says, Congress realized that "homeowners are going to need some help to survive this.

"I don't understand why we think that somehow tenants are going to be able to make their payments on time when we don't expect that of anybody else right now," Roller adds.

Bibby's group is urging more help as well. One idea — federal rental vouchers that could be used to pay landlords. There are already existing voucher programs to help some lower-income households pay rent. The proposal would dramatically expand that to reach people who've lost their income in the crisis.