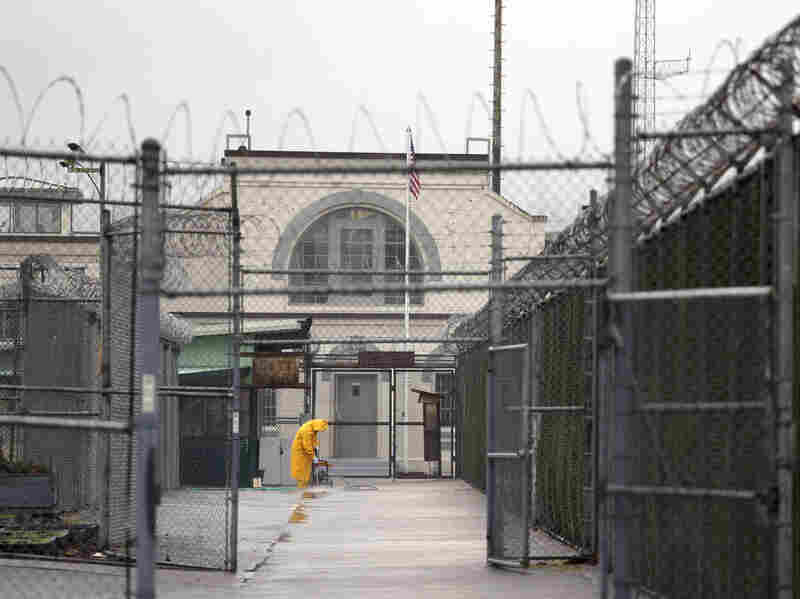 A man does maintenance work at the Monroe Correctional Complex in Monroe, Wash., in a 2016 photo. At least six inmates in a minimum-security unit of the prison have tested positive for the coronavirus. Elaine Thompson/AP hide caption 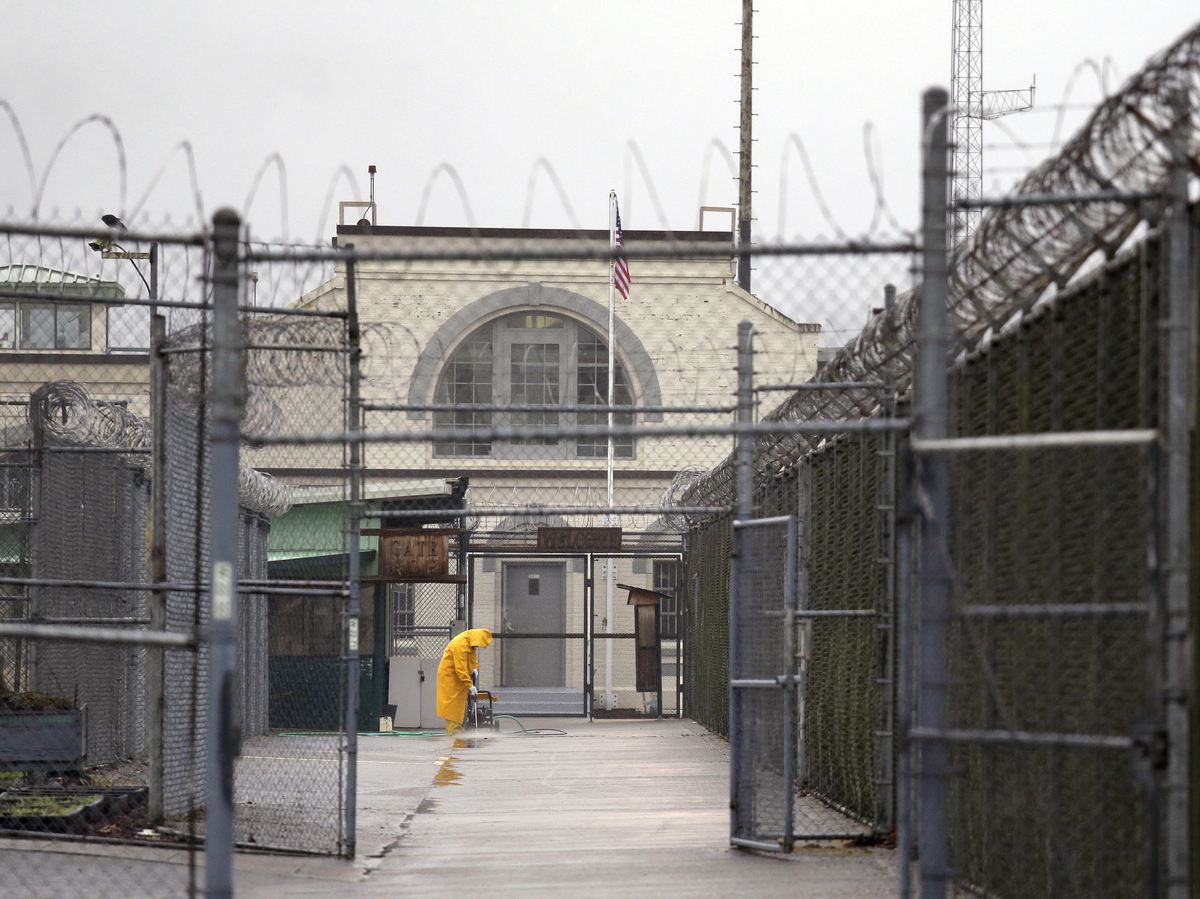 A man does maintenance work at the Monroe Correctional Complex in Monroe, Wash., in a 2016 photo. At least six inmates in a minimum-security unit of the prison have tested positive for the coronavirus.

Dozens of inmates at the Monroe Correctional Complex in Washington state have staged a brief protest after several fellow prisoners tested positive for the novel coronavirus in recent days.

In a statement issued late Wednesday, the Department of Corrections Washington State said that around 6 p.m. local time more than 100 men at the prison's minimum-security unit "began engaging in a demonstration in the recreation yard."

It said fire extinguishers were set off in two housing units at the facility and that verbal directives were obeyed by about half the prisoners, but that the others initially refused to comply.

"All measures to bring individuals into compliance were ignored including verbal directives, pepper (OC) spray and sting balls, which release light, noise, and rubber pellets," the statement said.

It said that the situation was brought under control with no injuries and that the facility is now on restricted movement.

It said inmates in the housing unit where the first positive tests for coronavirus were discovered "continue to have no symptoms of illness or disease (asymptomatic) and are wearing surgical masks for further protection."

The corrections department announced Sunday that an inmate in the minimum-security unit had tested positive for the virus and on Wednesday that two more, a 68-year-old and a 28-year-old prisoner, also had been diagnosed, according to KOMO News.

KOMO reported that prison staff had been ordered to wear N95 masks and that prisoners in the minimum-security unit were required to undergo body temperature checks.

In a telephone interview earlier this month with Northwest News Network, Arthur Longworth, who has served 35 years at Monroe on a sentence of life without parole for aggravated murder, said prisoners in his medium-security unit have been put on quarantine since a staff member tested positive for coronavirus.

Longworth, who is an award-winning prison writer, said he fears that the disease could spread quickly through the prison because of tight spaces, shared quarters and dense populations.

He said he fears an outbreak of COVID-19 could sweep through the facility in the same way as a fire would.

"I've been in fires in the cell block before, it's a scary thing," he said. "And when the virus gets in here, as it has, it feels kind of like that."

A previous version of this story incorrectly spelled Arthur Longworth's surname as Longsworth and said his age was 35 years. It should have said that he has served 35 years.