Accessibility links
Nearing Anniversary Of Devastating Fire, Notre Dame To Host A Good Friday Service : Coronavirus Updates April 15 will mark the first anniversary of the fire that ripped through the cathedral. The Paris archbishop says he wants to send a "message of hope" through a small Good Friday service. 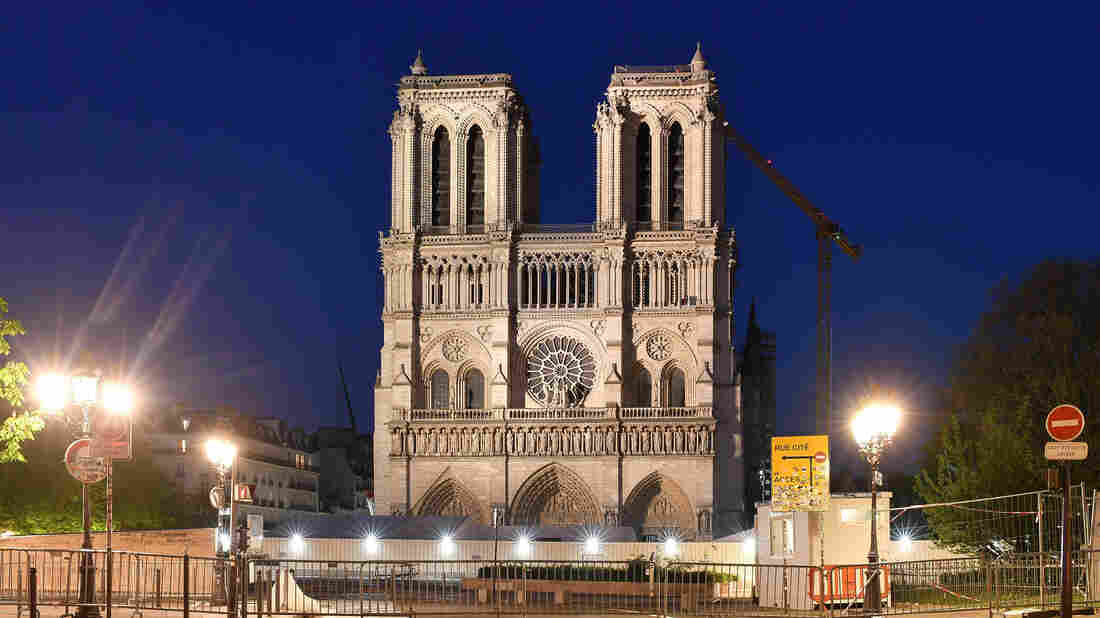 April 15 will mark the first anniversary of the 2019 fire in Notre Dame cathedral. A small service will be livestreamed on Good Friday. Stephane Cardinale/Corbis via Getty Images hide caption 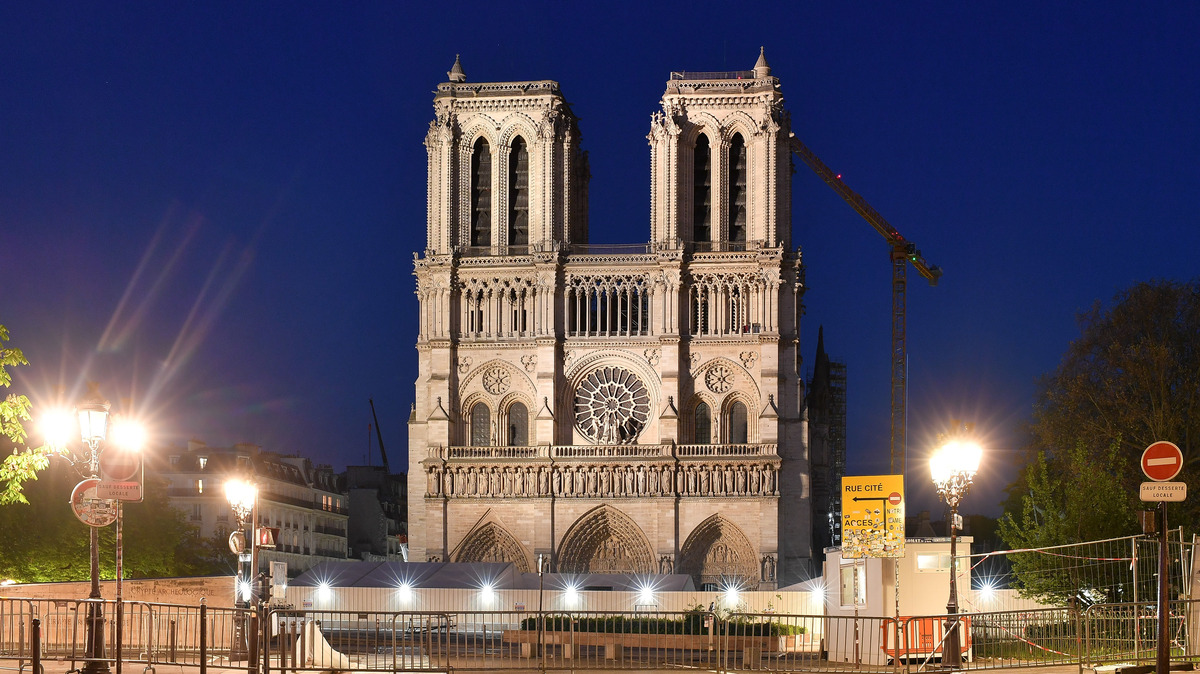 April 15 will mark the first anniversary of the 2019 fire in Notre Dame cathedral. A small service will be livestreamed on Good Friday.

With France, like much of the world, in lockdown because of the coronavirus, the country's Christians will not be able to gather in churches to celebrate Easter this year.

But the archbishop of Paris says he wants to send a strong signal of hope to the faithful by holding a small Good Friday ceremony amid the rubble inside Notre Dame, and beaming it out to the world.

"This message of hope is especially important in these days where we are particularly affected by the coronavirus, which is sowing anguish, death and paralysis in our country and the world," said Paris Archbishop Michel Aupetit, speaking at a video press conference on April 7.

April 15 will mark the first anniversary of the devastating fire that ripped through Notre Dame, destroying the Gothic cathedral's medieval roof, toppling its spire and almost bringing down the main bell towers before firefighters brought it under control.

Notre Dame is still being stabilized. Wooden beams support its flying buttresses. And a gaping hole above its nave lets in the rain and shows the open sky. But the cathedral is still standing.

Just days after the fire last year, hundreds of Parisians were able to gather and pray on Easter Sunday at nearby Saint-Eustache church. But the threat of COVID-19 has made even an Easter procession anywhere in the city impossible this year.

On the day marking the crucifixion of Christ, Aupetit says the tiny ceremony inside Notre Dame — with just seven participants — will revolve around the cathedral's most important relic, the crown of thorns said to be worn by Jesus during the crucifixion. It was brought to France in the 13th century by King Louis IX, later named a saint, returning from one of his crusades.

The crown in its ornate case survived last year's fire, though many other artifacts and artworks in the cathedral were destroyed.

The Good Friday ceremony will include two French actors, who will read texts by Mother Theresa and French poet Paul Claudel. French violinist Renaud Capuçon will perform. The service will be broadcast and streamed on KTO, a French Roman Catholic channel, and on news channel BFM TV, at 11:30 a.m. Paris time, 5:30 a.m. ET.

On Thursday, Aupetit went alone to the Sacré Coeur basilica at the top of the hill in Montmartre to bless, he said, "the city of Paris, all of France and the entire world at this time of a global pandemic."

Speaking to reporters after his visit, Aupetit said, "I asked our savior to help those who are aiding others — from health care workers to simple citizens helping their neighbors."