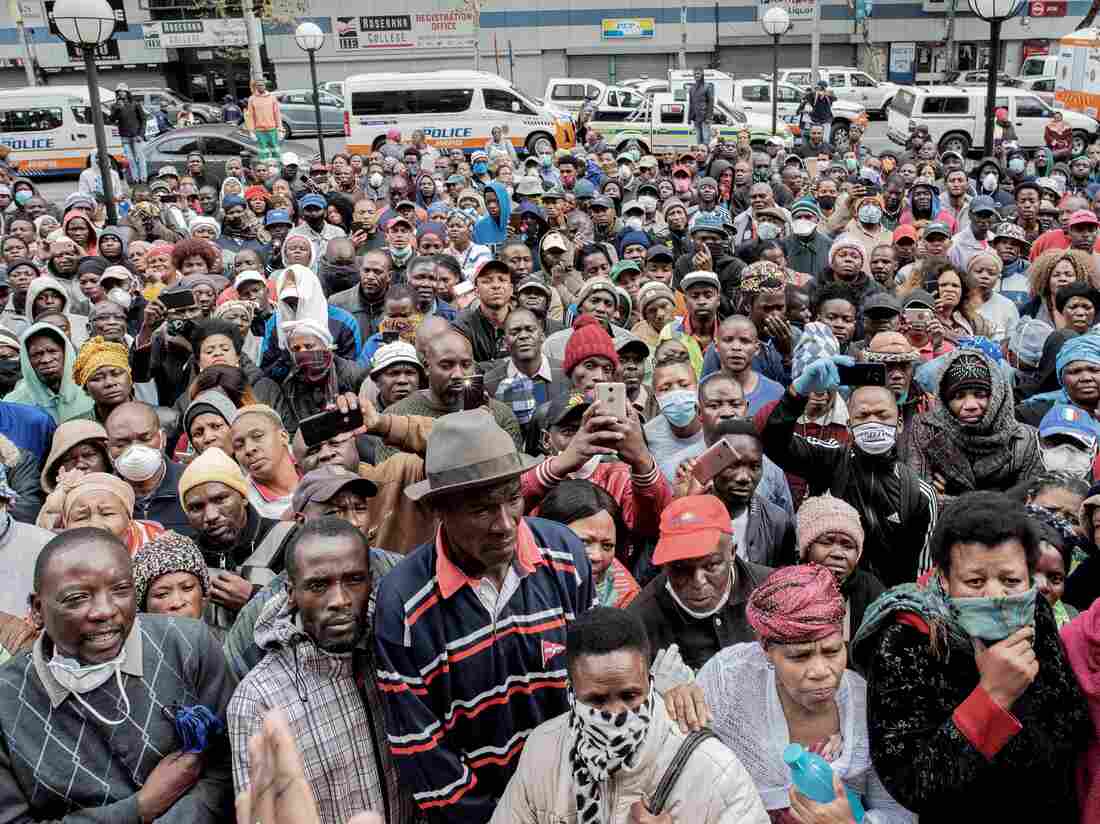 Informal vendors gather on Wednesday in front of a municipal office building in Johannesburg to try to obtain a permit for working amid the national lockdown due to the coronavirus outbreak. Luca Sola /AFP via Getty Images hide caption 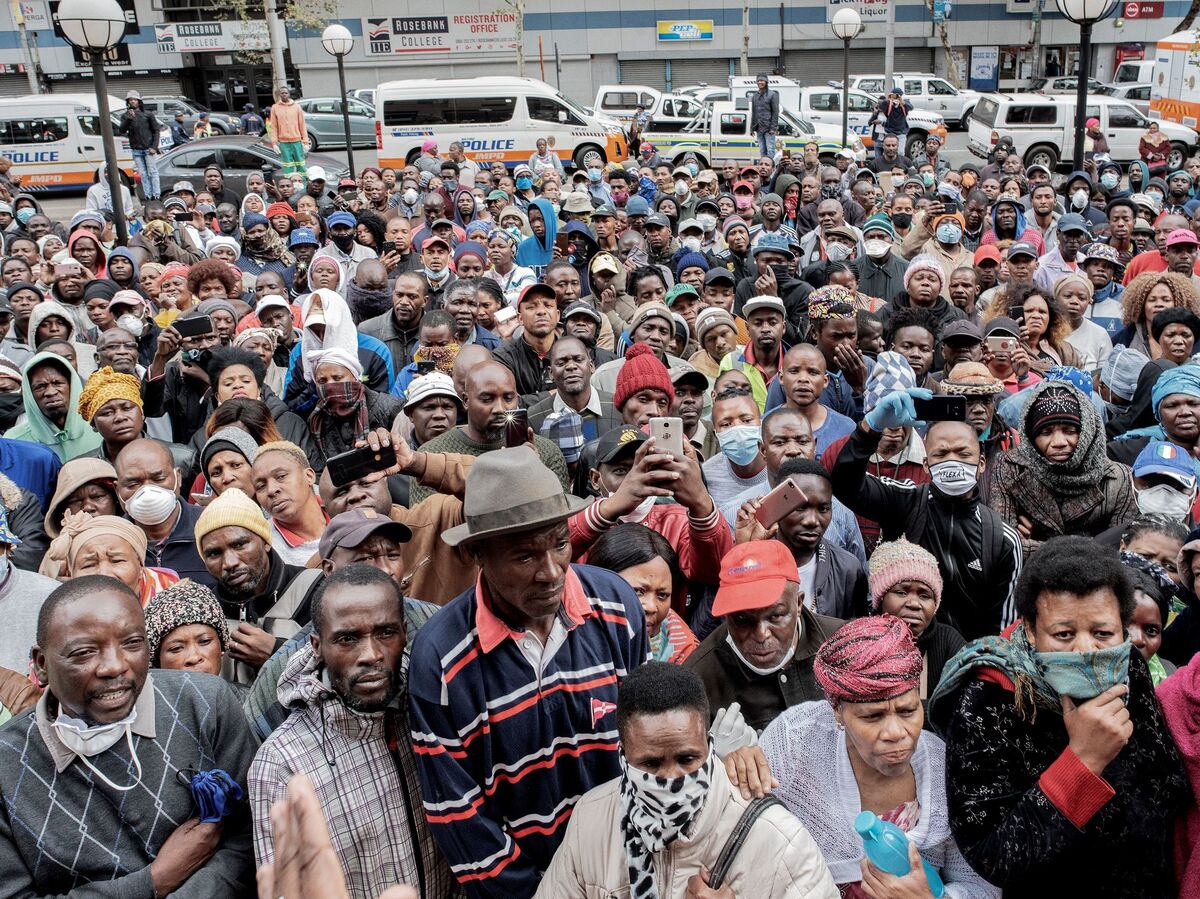 Informal vendors gather on Wednesday in front of a municipal office building in Johannesburg to try to obtain a permit for working amid the national lockdown due to the coronavirus outbreak.

The World Bank has projected that a recession is coming to sub-Saharan African for the first time in 25 years — due to an economic downturn caused by the coronavirus pandemic.

Sub-Saharan Africa is home to some of the world's fastest-growing economies and has been for years, despite concerns about rising debt. But in a report released Thursday, the World Bank says the region's economies could contract by as much as 5.1% this year. In 2019, they charted a rise of 2.4%. The financial institution expects the pandemic will cost the region between $37 billion and $79 billion.

Nigeria, Angola and South Africa, the three largest economies in the region, are expected to be hit the hardest by these economic effects.

The World Health Organization warned on Thursday that the virus was sweeping across the region. "Among 47 countries in the World Health Organization (WHO) African region, nearly 60% are reporting COVID-19 cases in multiple locations compared with around 21% two weeks ago," the WHO said in a press release. The virus is spreading outside major cities in many countries, and there are concerns about the number of beds and medical equipment available.

The World Bank is encouraging countries to focus their economic efforts on beefing up health systems, including "calling for a standstill on official bilateral debt service payments which would free up funds," World Bank Vice President for Africa Hafez Ghanem said in a statement.

There's also rising concern about possible disruption to food supply chains because of the virus' impact on farms and food imports. The report says agricultural production could dip up to 7% due to possible trade blockages. Food imports could contract up to 25%.

The bank is calling for countries to take steps such as cash transfers and food distribution to help workers, particularly those in informal jobs living hand-to-mouth. The African Union said recently that nearly 20 million jobs are threatened across the entire continent "if the situation continues."

On Thursday, Zambian President Edgar Lungu acknowledged the wrenching choices people are making between need to work and needing to protect themselves and their families.

"I am aware that some of you have been saying, 'We would rather die from COVID-19 than from hunger," Lungu said, according to The Associated Press. "But I advise you to choose life. Please choose life."