Accessibility links
NYC Mayor And NY Governor Say Social Distancing Is Working, Warn Not To Let Up : Coronavirus Updates Bill de Blasio and Andrew Cuomo both point to signs of good news in the coronavirus data, but say that restrictions on nonessential workers and businesses must continue. 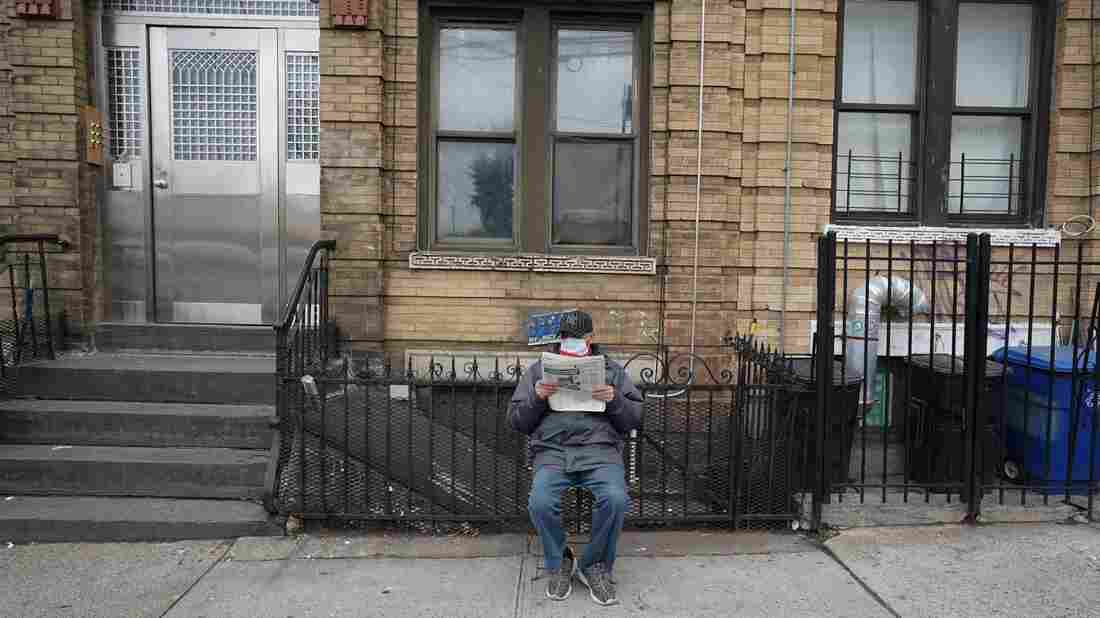 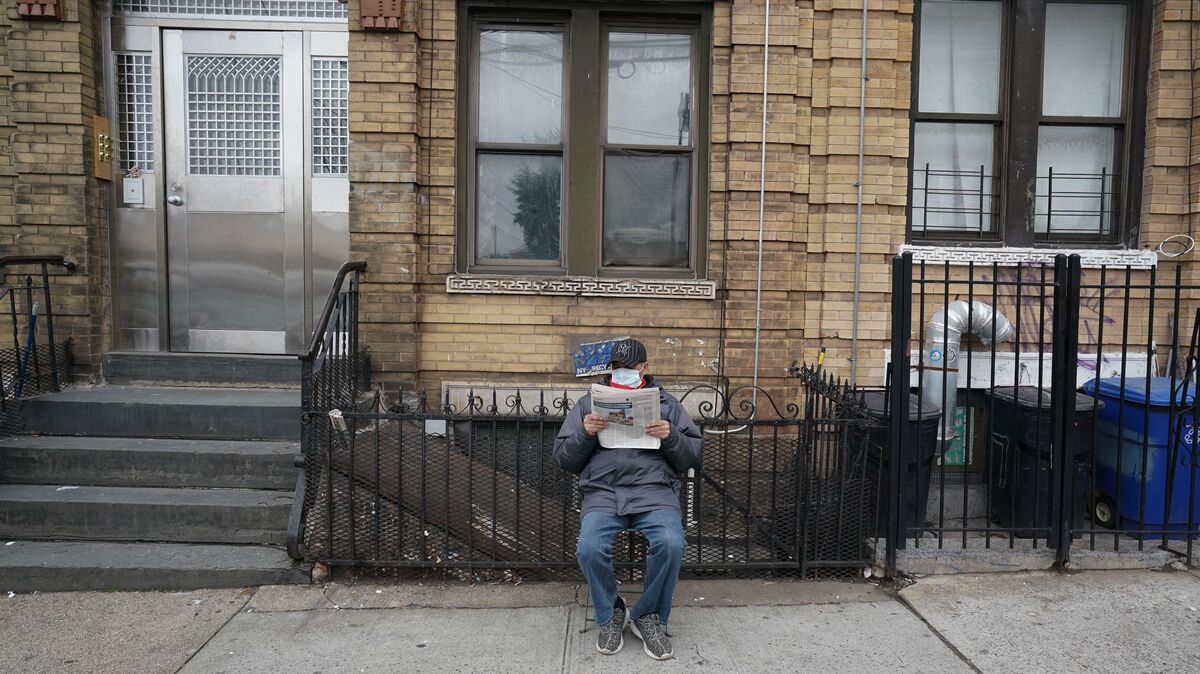 A man wearing a surgical mask reads the newspaper on the sidewalk late last month in New York City. The city's leaders said Thursday that social distancing is still necessary.

In separate press conferences, both the governor of New York and the mayor of New York City said social distancing as well as the restrictions on nonessential businesses are working to flatten the curve of the coronavirus.

Governor Andrew Cuomo, speaking in Albany, pointed to lowering rates in the state of hospitalizations, intubations and people admitted to ICUs, telling reporters, "Our efforts are working. They're working better than anyone projected they would work. That's because people are complying with them."

But he also warned that no one should underestimate the virus and told New Yorkers not to relax yet: "If we stop acting the way we're acting you will see those numbers go up."

New York City mayor Bill de Blasio was also cautiously optimistic. He said the city was still in what he called the first phase of the disease which includes widespread transmission and new cases that are so regular they can't be traced to an initial source.

The mayor outlined what he hoped would be possible by late May or June — a second phase with transmission at a low enough level that the disease would be traceable again. He said the city cannot get to this phase without more widespread testing, and slammed the federal government for not stepping up to help.

The mayor also said that starting on Monday the New York City Department of Health would begin releasing three daily statistics to the public:

He told New Yorkers to watch for those numbers to move together in the same direction for several weeks, saying "that's when we can start talking" about loosening the restrictions.

Both men pointed out that while the numbers do give some reason to be hopeful, this is still an unfolding tragedy. Cuomo compared the situation to the attacks of September 11, 2001: "9/11 was supposed to be the darkest day in New York for a generation. ... We lose 2,753 lives on 9/11," he said. "We've lost over 7,000 lives to this crisis."