Accessibility links
NYC Could Need Up To 45,000 Additional Medical Workers This Month, Mayor Says : Coronavirus Live Updates In what he calls a "worst-case" scenario, Mayor Bill de Blasio says the city will be unable to meet the demand for medical workers without help from the federal government.

NYC Could Need Up To 45,000 Additional Medical Workers This Month, Mayor Says

NYC Could Need Up To 45,000 Additional Medical Workers This Month, Mayor Says 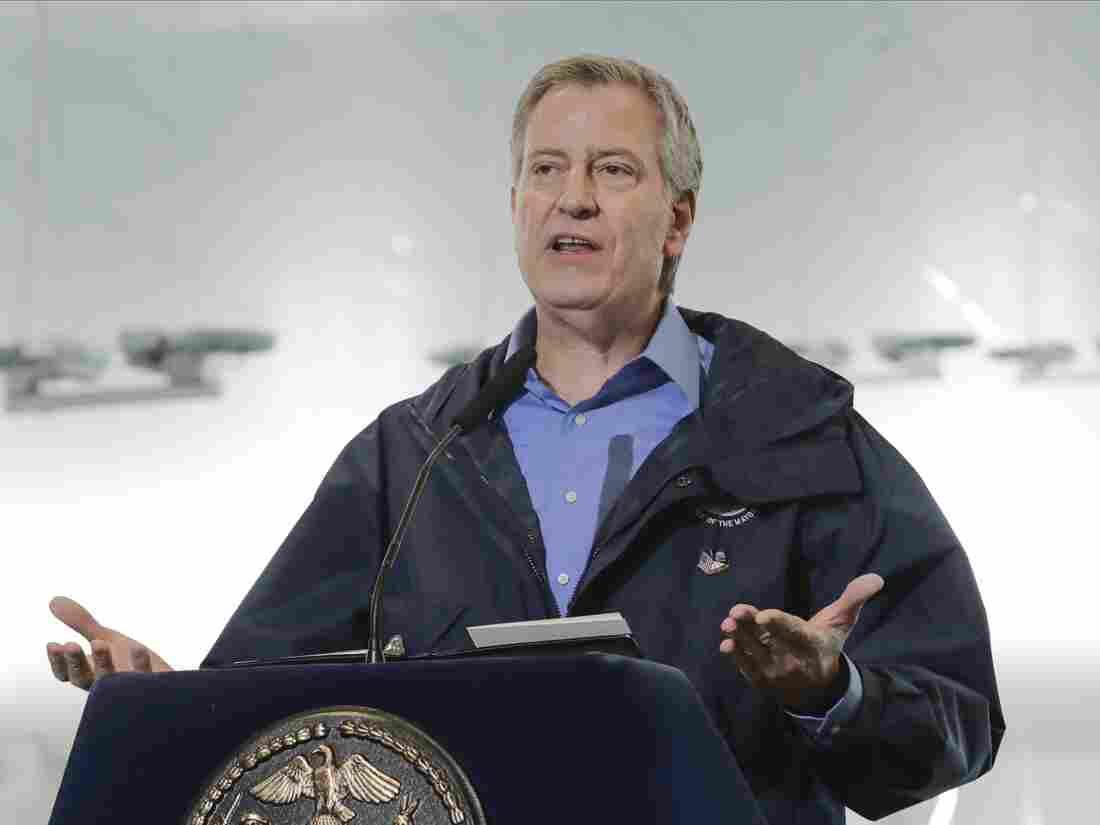 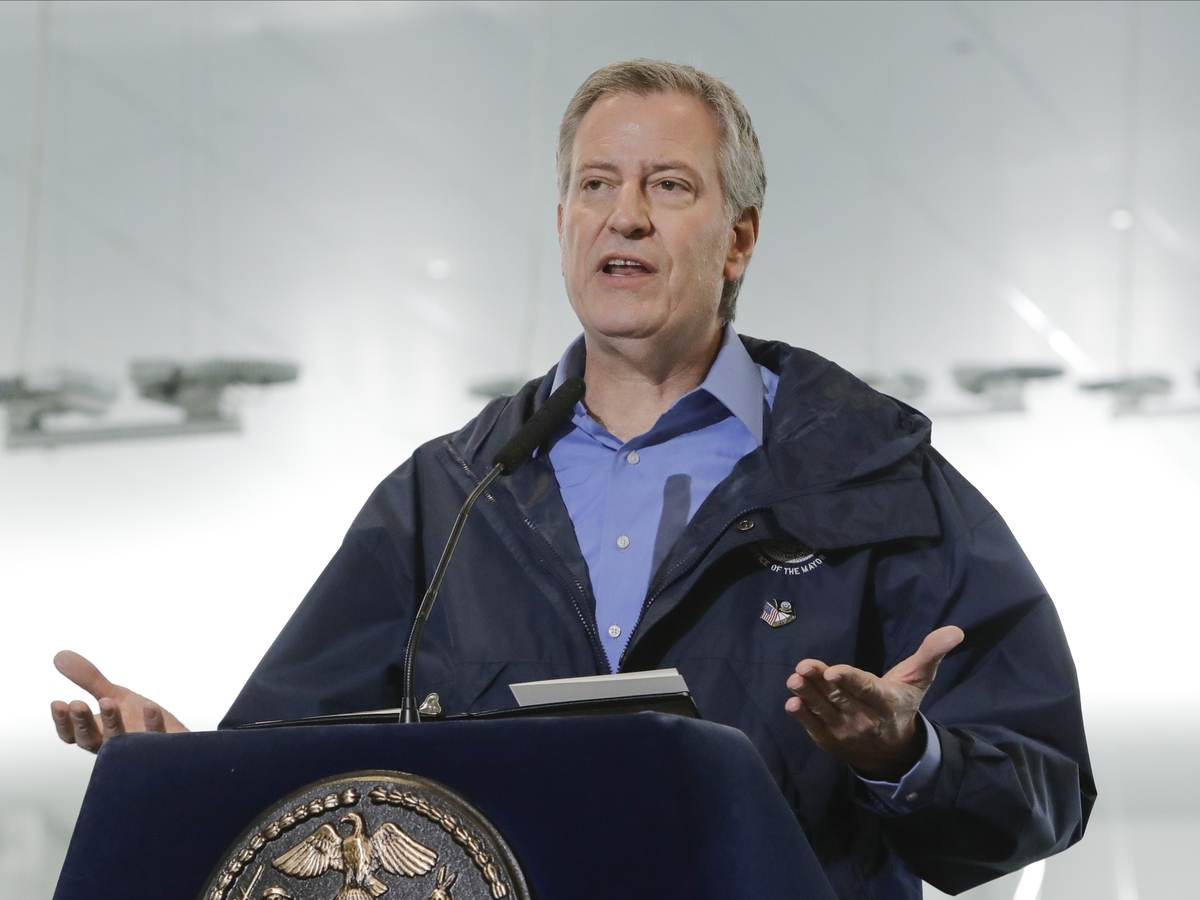 New York City Mayor Bill de Blasio speaks on March 31, 2020 at the USTA Indoor Training Center, the site of a makeshift hospital in New York. De Blasio is calling for a national enlistment program for doctors and nurses.

Mayor Bill de Blasio is warning that New York City could require an additional 45,000 medical workers by the end of April to help reinforce a hospital system that has been stretched dangerously thin by the COVID-19 crisis.

In an interview Thursday with NPR's Morning Edition, the mayor called that projection a "worst-case" scenario, but warned that without help from the federal government, the city would be unable to meet the additional demand for doctors and nurses.

"Our health care workers have been through hell. It has been war-like conditions," de Blasio said. "I've spoken to everyone at the federal level," he added, "the president, the defense secretary, you name it, about the fact that there should be a national system to enlist, even voluntarily, doctors, nurses, all the medical personnel that we need from around the country."

New York continues to be the hardest-hit state in the nation by the coronavirus pandemic, with the city and its five boroughs at the epicenter of the outbreak. The city has seen more than 80,000 cases and more than 4,200 deaths, according to data from the Department of Health.

With cases continuing to climb, de Blasio said New Yorkers should brace for weeks more of the emergency measures the city put in place beginning last month to help slow the spread of the virus.

Those efforts ramped up dramatically starting on March 15, when de Blasio announced that bars, restaurants and cafes would soon be limited to take-out and delivery only. Five days later, he announced all non-essential businesses would be closed and called on residents to practice social distancing.

Despite those measures, de Blasio has faced questions about whether the city was too complacent in its initial response. On the same day that he announced the restrictions on bars and restaurants, de Blasio also told New Yorkers, "If you love your neighborhood bar, go there now."

Asked whether those comments were a mistake, the mayor said no.

"I said that literally about the day before they were all about to be shut down. And the fact is what we did here was to convince people — and then continue to convince them — that we were going to have to fundamentally change our lives in the place that, bluntly, [is] the hardest to do it. We're the, not only the most populous city in the country, we're the most densely packed, and people are used to an entirely different reality than what they're living right now."

"The crucial part now," he continued, "is convincing people to hold, because we're going to have to do this for many, many weeks, continue the social distancing, continue to shelter in place and make sure we do not take the foot off the gas, if you will, and break out of it prematurely."