Accessibility links
Boris Johnson Leaves Intensive Care Amid Treatment For COVID-19 : Coronavirus Live Updates "He is in extremely good spirits," his office said. Johnson's emergence from intensive care is good news for the leader, who remains in the hospital after testing positive for the coronavirus. 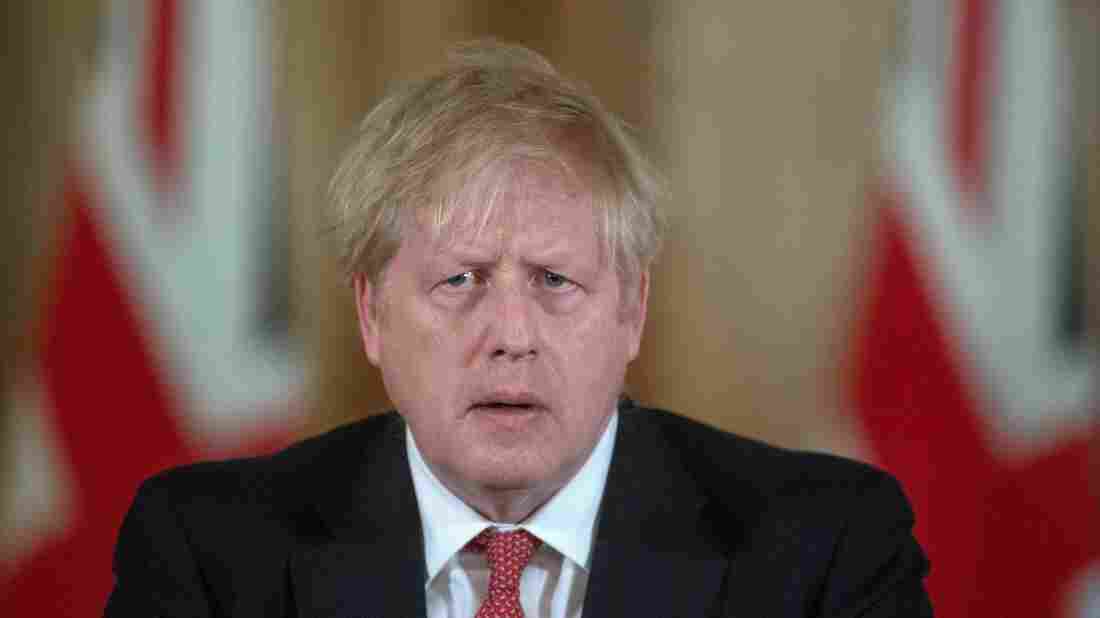 Boris Johnson is out of intensive care.

The British prime minister's office announced Thursday that medical workers have moved him back to the regular ward at St. Thomas' Hospital in central London, where he continues to receive treatment for persistent symptoms linked with COVID-19.

"He is in extremely good spirits," said Johnson's office, which explained in a statement that after his move Thursday evening, the U.K.'s top politician "will receive close monitoring during the early phase of his recovery."

The announcement represents some bright news for a country badly beset by the coronavirus in recent weeks. The U.K. has reported more than 65,000 confirmed cases of the virus, more than 7,100 of which have ended in the patient's death, as of Thursday afternoon, according to data compiled by Johns Hopkins University.

Yet few of those confirmed cases have attracted as much worldwide attention as that of Johnson, believed to be the first major world leader to test positive. Prince Charles, the 71-year-old heir apparent to the British throne, also tested positive last month but has recovered and emerged from self-isolation after displaying only mild symptoms.

The 55-year-old prime minister, however, has had a much more difficult fight with the virus since his diagnosis late last month. He was admitted to the hospital Sunday after his cough and fever failed to loosen their hold. At the time, British officials downplayed his hospitalization as a "precautionary step" — but about a day later, Johnson's condition appeared to take a much more serious turn with his placement in the ICU.

And there he remained for about three days, while others in Johnson's cabinet sought to reassure British residents and express confidence that — as Dominic Raab, the foreign secretary, put it — "he'll be back at the helm, leading us through this crisis in short order."

Now prominent figures, both in Johnson's government and beyond the U.K.'s borders, are applauding Thursday's turn of events. Among those cheered by the news: his friend and close political ally, U.S. President Trump.

"Get well Boris!!!" the president tweeted Thursday in celebration.

The news came at an auspicious time in the U.K., where many residents spent Thursday evening expressing their gratitude for medical staff, emergency workers and other essential employees with a round of applause.

The gesture, generally tagged on Twitter with #ClapForOurCarers, was carried out by prominent leaders inthe country — such as Scottish First Minister Nicola Sturgeon and London Mayor Sadiq Khan.

To everyone on the frontline of this fight, including: