Accessibility links
Lincoln Center Cancels All Programming Through August : Coronavirus Live Updates The wide-ranging shows presented by one of the nation's top performing arts centers are a summer staple in New York City. But due to the coronavirus pandemic, they will not return until 2021. 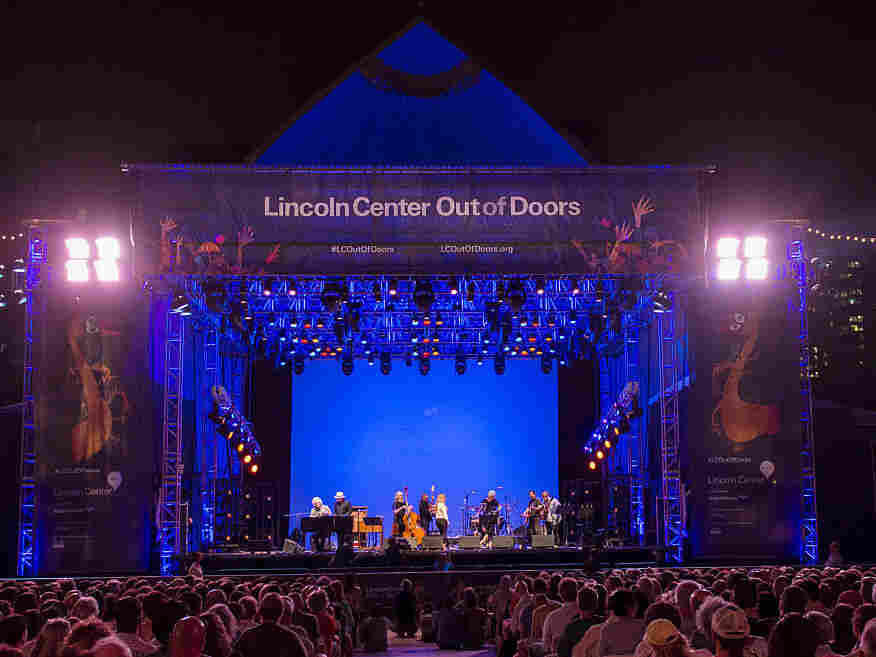 An evening concert during the 2015 edition of Lincoln Center's Out of Doors annual festival. All of the New York cultural institution's signature summer programming has been canceled for 2020. Jack Vartoogian/Getty Images hide caption 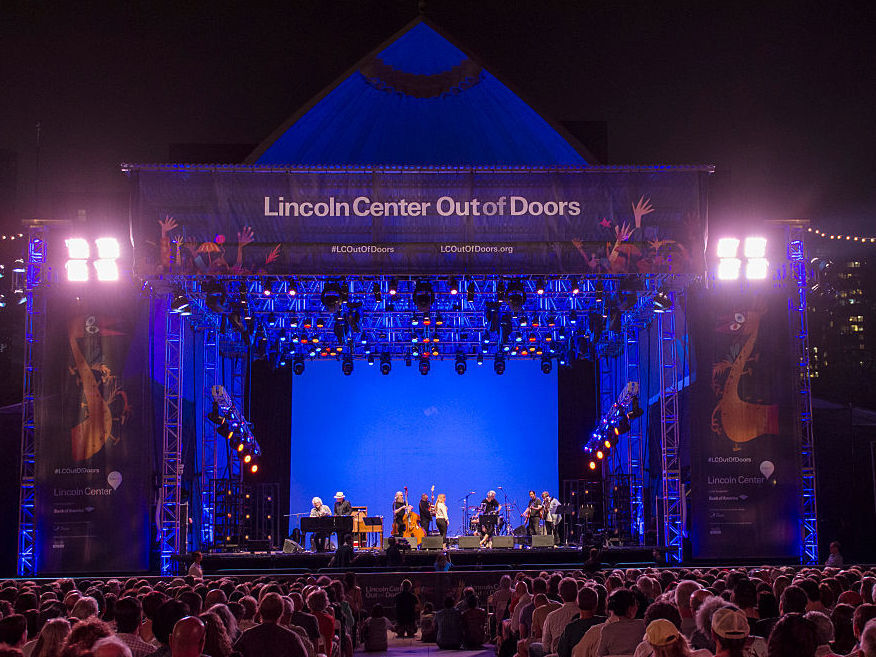 An evening concert during the 2015 edition of Lincoln Center's Out of Doors annual festival. All of the New York cultural institution's signature summer programming has been canceled for 2020.

On Thursday, New York's Lincoln Center for the Performing Arts announced that it was canceling all of the summer performances and activities it presents, including three signature, extended series: a three-week outdoor dance party with live bands called Midsummer Night Swing, the classical music-focused Mostly Mozart Festival and the artistically wide-ranging, multi-week festival called Lincoln Center Out of Doors.

"These festivals have brought great joy to New Yorkers for decades, in ways only extraordinary, fearless artistry can," the performing arts center said in a statement. "It is our intention, when it is safe again to gather in-person, to stage a free pop-up festival in a celebration of our great city, and the selfless first responders and healthcare workers who are giving so much during this crisis." It also emphasized its online offerings during the crisis.

Much of Lincoln Center's summer programming is free, attracting — and reflecting — a far wider swath of the city than the other concerts and performances at many of its dozen constituent organizations, which include the Metropolitan Opera, the New York Philharmonic, the New York City Ballet and the Lincoln Center Theater.

Lincoln Center's cancellation of its summer offerings is also something of a marker for the hard decisions being faced right now by performing arts institutions and other arts organizations across the country due to the pandemic. Just yesterday, the Broadway League announced that Broadway will be closed until at least June 7.

Lincoln Center hosts many of the world's top artists, who are invited months and even years before their performance dates. With no end in sight to the restrictions on public gatherings — and with travel, lodging and other logistical considerations equally uncertain due to COVID-19 concerns — Lincoln Center's decision to cancel its summer may be a harbinger for culturally quiet months ahead in New York City and elsewhere.

(For several years, NPR Music has co-presented programming at the Out of Doors; this writer has also hosted events and contributed to programs for the Mostly Mozart Festival.)