Accessibility links
More Patients At Javits Center And On Navy Ship Comfort : Coronavirus Live Updates The number of patients being treated on a Navy hospital ship and inside a convention center has more than doubled in the last two days, after both facilities switched to treating people with COVID-19. 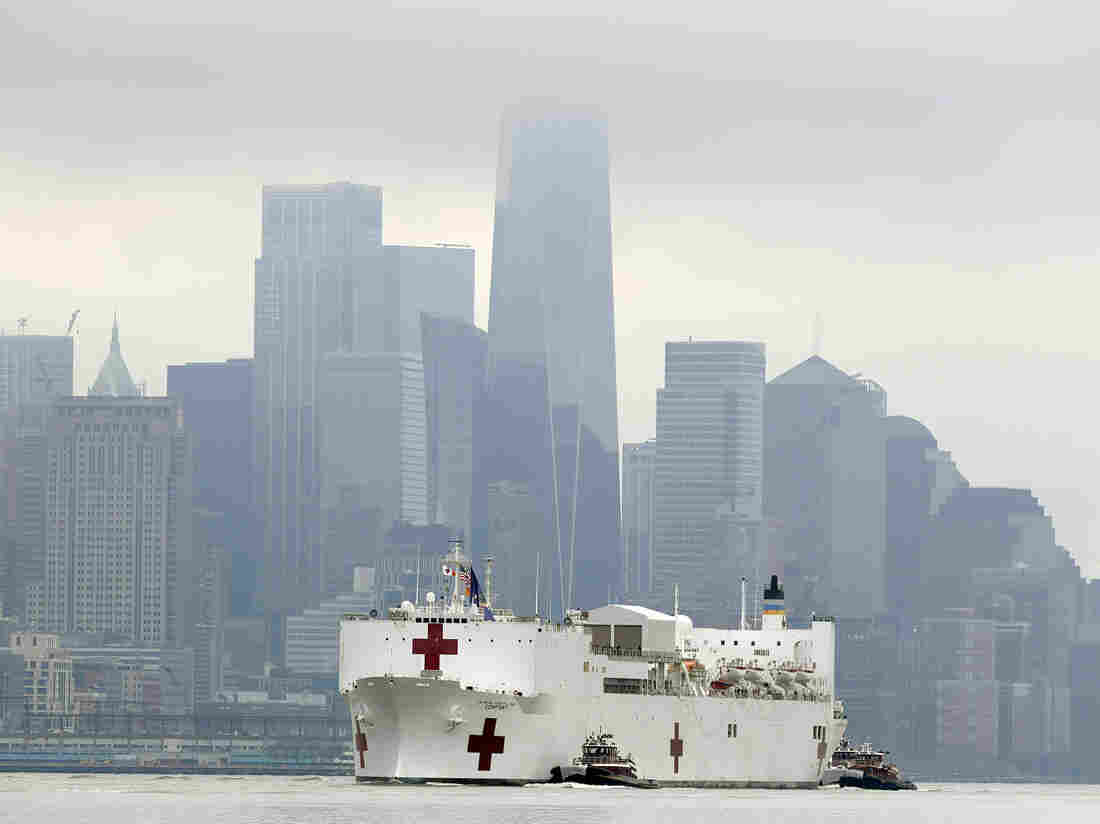 The Navy hospital ship USNS Comfort is treating more than 50 patients from New York City, including 10 critically ill people with COVID-19 who were transferred to the ship from a hospital in Queens on Tuesday. Seth Wenig/AP hide caption 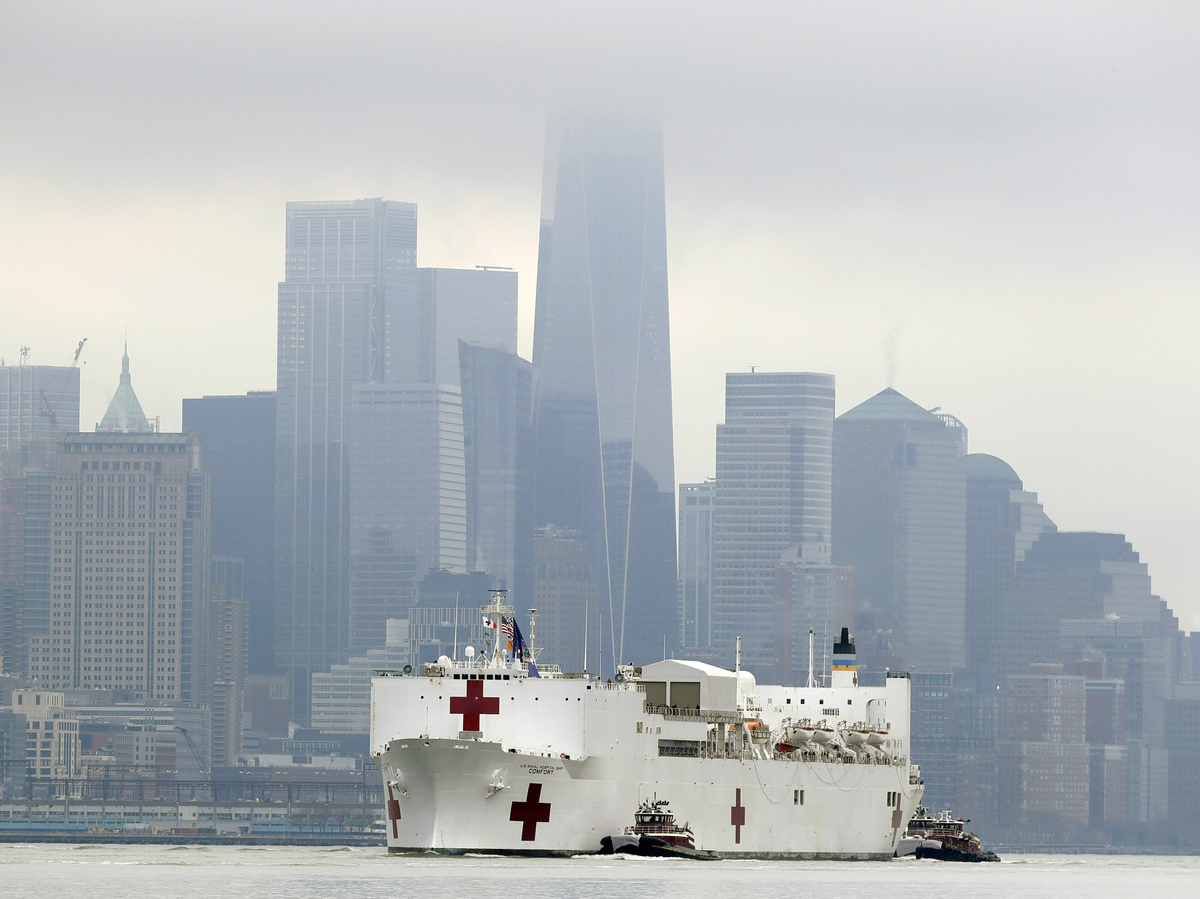 The Navy hospital ship USNS Comfort is treating more than 50 patients from New York City, including 10 critically ill people with COVID-19 who were transferred to the ship from a hospital in Queens on Tuesday.

The number of patients being treated at overflow hospitals in New York City has more than doubled in the last two days, the Department of Defense says.

On Thursday, military doctors and nurses were treating 189 patients at the overflow hospital at the Javits Convention Center in Manhattan, including 15 patients who are being treated in an intensive care unit inside the facility. The Navy hospital ship USNS Comfort currently has 53 patients, including 10 who are critically ill with COVID-19.

On Tuesday, the two facilities had fewer than 100 patients combined.

The failure of the oxygen system at two hospitals in Queens on Tuesday evening is one reason for the larger number of critically ill patients being treated at the temporary hospitals. The New York Department of Emergency Management says 26 people with severe COVID-19 were moved from Jamaica Hospital Medical Center and Flushing Medical Center after the hospitals' centralized oxygen distribution systems were overloaded.

Military nurses and respiratory therapists helped stabilize those patients while they were transported by ambulance, most of them to other local hospitals in New York City. Ten critically ill patients on ventilators were transported to the Comfort.

Both the Comfort and the convention center are able to admit COVID-19 patients, a policy change that took full effect earlier this week and has led to a dramatic increase in the number of people being treated at both facilities.

Maj. Gen. William Hall, who is leading the military's coronavirus task force, said he expects the number of patients being transferred to overflow hospitals to increase in the coming days.

Military doctors and nurses are going hospital-by-hospital in New York City, explaining the criteria for patients to be transferred and helping hospitals identify patients that meet those criteria. For example, patients must be sent with five days of medication, because the convention center field hospital pharmacy cannot reliably provide all medications for seriously ill people.

The criteria are set by the New York State Department of Health, which has not released the full list to the public.

Hall said some doctors and patients are apprehensive or confused about what types of care are available at the overflow hospitals.

"It's not like a normal brick-and-mortar hospital that you go to, so there's some anxiety there," he said. "You've got to reassure both the medical professionals and the patients of what they're going to get."