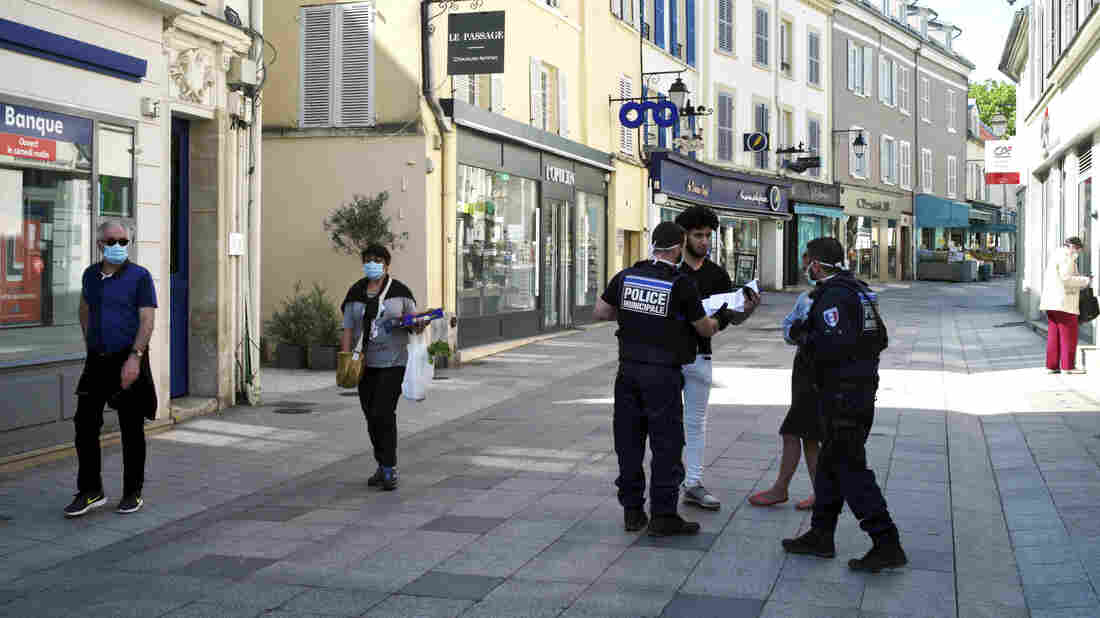 Police officers check documents as they enforce anti-coronavirus quarantine rules in Sceaux, France, on Wednesday. European Union leaders agreed on a package of measures Thursday to try to counter the economic damage from the lockdown. Thibault Camus/AP hide caption 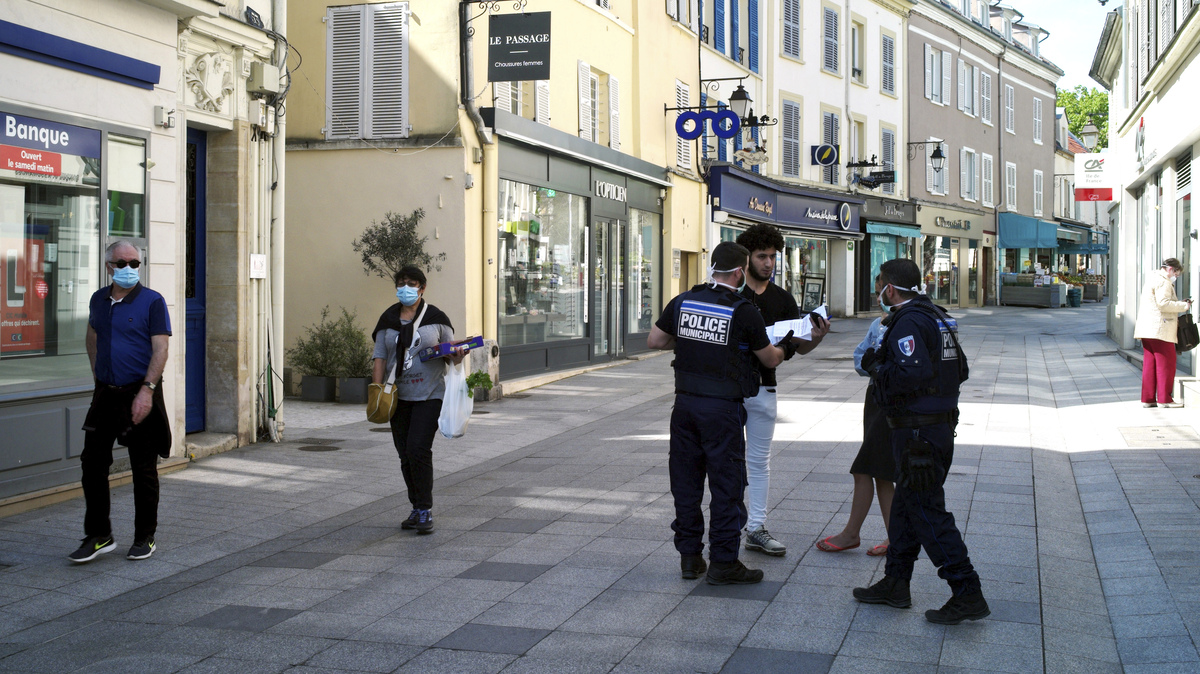 Police officers check documents as they enforce anti-coronavirus quarantine rules in Sceaux, France, on Wednesday. European Union leaders agreed on a package of measures Thursday to try to counter the economic damage from the lockdown.

The European Union's finance ministers have reached a deal on a 540 billion-euro rescue plan (about $590 billion) to support the continent's coronavirus-stricken economies.

The Eurogroup, which consists of the 19 finance ministers representing the EU's eurozone countries, approved the rescue package on Thursday after the Netherlands backtracked on its demand for economic reform and oversight.

"Today, we agreed upon three safety nets and a plan for the recovery, to ensure we grow together, not apart, once the virus is behind us," Eurogroup President Mário Centeno said in a video statement following the agreement. "These proposals build on our collective financial strength and European solidarity."

The key feature of the rescue package involves the European Stability Mechanism, a bailout fund that was created during the EU's eurozone debt crisis. The ESM would make 240 billion euros ($261 billion) available for indebted countries.

The only requirement to access this line of credit is a commitment to use the funds for the financing of direct or indirect health care, cure and prevention-related costs associated with COVID-19, Centeno said.

Dutch Finance Minister Wopke Hoekstra called it "a sensible agreement" for Europe. "The ESM can provide financial help to countries without conditions for medical expenses," he said on Twitter. "It will also (be) available for economic support, but with conditions. That's fair and reasonable."

The Netherlands' initial demand of economic reform and external oversight in return for financial assistance led to a breakdown of talks on Wednesday. A group of southern countries, led by Italy, criticized the demand and called for more solidarity to help those hardest hit by the coronavirus outbreak.

"If we do not seize the opportunity to put new life into the European project, the risk of failure is real," Italian Prime Minister Giuseppe Conte told the BBC ahead of Thursday's finance minister meeting.

In return for the Netherlands loosening its demand, Italy and Spain, among others, accepted a delay on so-called coronabonds. In addition to the ESM credit, the EU ministers approved 200 billion euros ($219 billion) in loans from the European Investment Bank (EIB) for EU businesses and a 100 billion euros ($110 billion) jobs support program that was proposed last week by the European Commission.

EU leaders are expected to hold a teleconference next week to sign off on the recommendations.