Accessibility links
Yemen, Already Facing A Health Crisis, Confirms Its 1st Coronavirus Case : Coronavirus Live Updates Five years of fighting has left the country in ruins. "We are bracing for the worst," a U.N. official said. The country is already dealing with war, poverty and malnutrition. 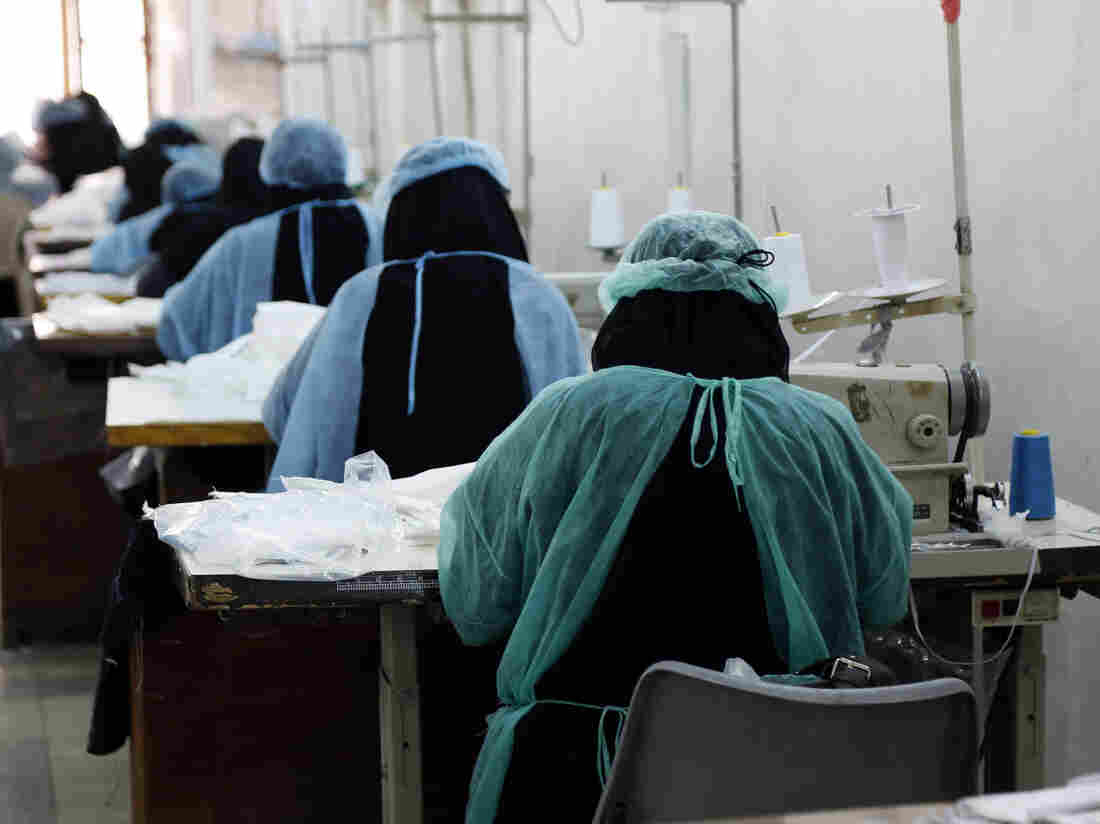 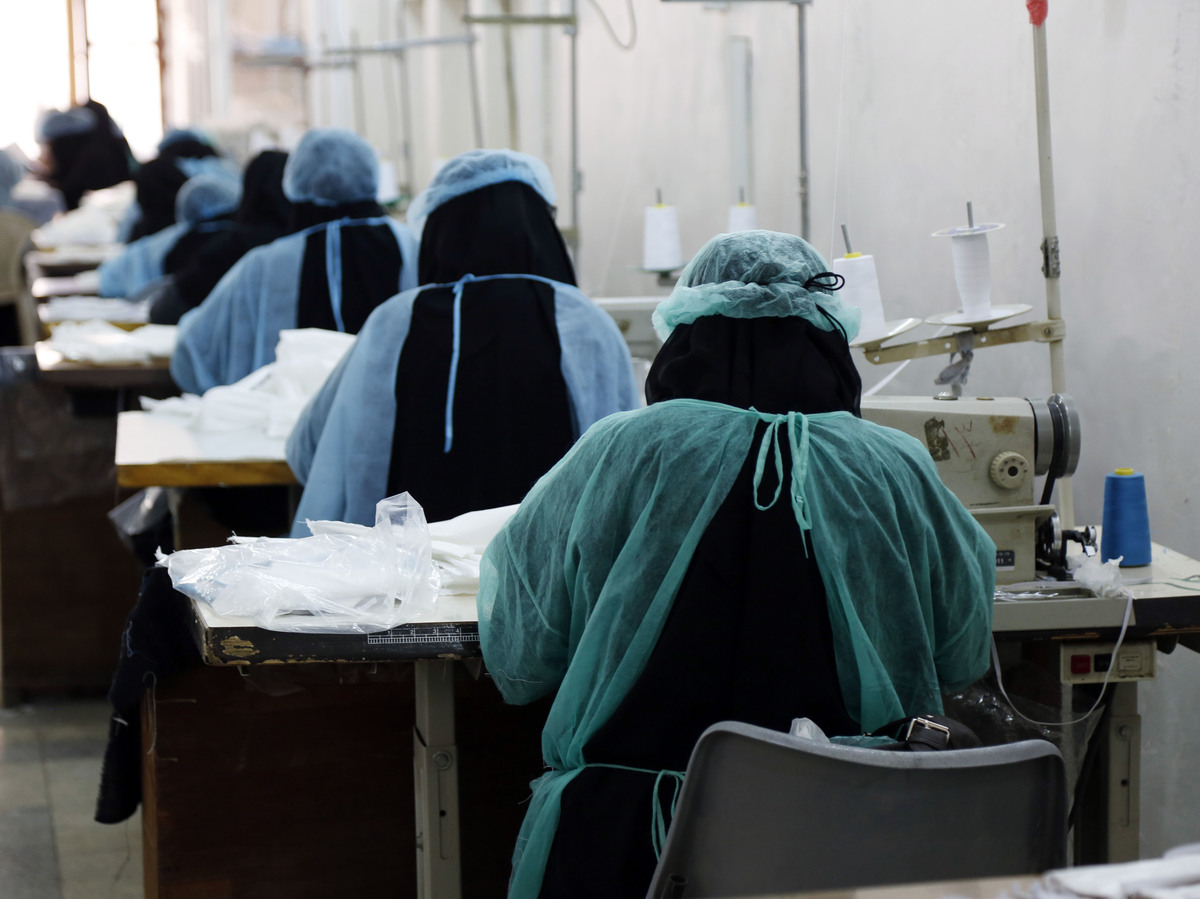 Workers produce masks at a factory in Sanaa, Yemen, earlier this week.

Yemen has recorded its first confirmed case of coronavirus. Aid officials warn the impoverished country already devastated by five years of war will be unable to cope if the virus spreads.

"We are bracing for the worst," Lise Grande, the U.N. humanitarian coordinator in Yemen, told NPR on Friday.

Before the case was announced, Grande said in a phone interview from the Yemeni capital Sanaa that the country would be completely overwhelmed by the spread of the virus.

"I think we have to be very frank – that the health system will not be able to cope with it," she said. "We consider Yemen to be in a very high-risk situation."

The fighting between Iran-backed Houthi rebels and a Saudi-led military coalition supporting the country's internationally-recognized government has left the country in the Arabian Peninsula in ruins. According to UNICEF, there are two million severely malnourished children under the age of five. Aid officials say millions lack even soap and a steady water supply.

Save the Children says the country has only about 700 intensive care unit beds, including 60 for children, and 500 ventilators for a population of about 30 million.

Grande said authorities in both the north and south of the divided country had focused in recent weeks on trying to prevent the virus from arriving in Yemen by shutting down airports and borders and imposing travel restrictions within the country. Reuters reported the coronavirus patient in Hadramawt province was a port worker.

"We are struggling to get the equipment and the kind of resources and the kind of medicine we need," said Grande. "You are talking about a health system that is on its very last legs."

She said there are about 1,000 front-line health care workers who can be deployed to areas where the virus is suspected to be spreading, but the country has very few testing kits. Aid agencies are competing on the global market with foreign governments for scarce equipment and supplies. In addition, the global pandemic has sparked a rise in food prices. Yemen imports nearly of all its food and medicine.

The Norwegian Refugee Council (NRC) says restrictions in Yemen aimed at stopping the virus from spreading have made it even more difficult for aid organizations to operate there.

"We've had a lot of access restrictions lately and a lot of red tape imposed by the authorities, which slows us down and prevents us from providing the support that people need," Sultana Begum, the NRC advocacy director, told NPR last week. "There are new restrictions being put in place, restrictions on movement, restrictions in road closures, restrictions on U.N. flights carrying aid workers coming in and out of the country."

The U.N. is also facing a funding crisis for Yemen — in part because last month the United States cut off tens of millions of dollars in aid to the country. U.S. officials have accused Houthi rebels of diverting aid.

The Saudi-military coalition said Thursday that it would observe a two-week cease-fire in Yemen. The U.N.-brokered move is aimed as a first step toward peace talks between the two sides.