Accessibility links
In New York, Number Of COVID-19 Patients In ICU Drops For First Time : Coronavirus Live Updates Governor Andrew Cuomo says he's cautiously optimistic that the COVID-19 infection rate is slowing in New York. He called for federal help to ramp up mass scale testing as a step to ease the shutdown. 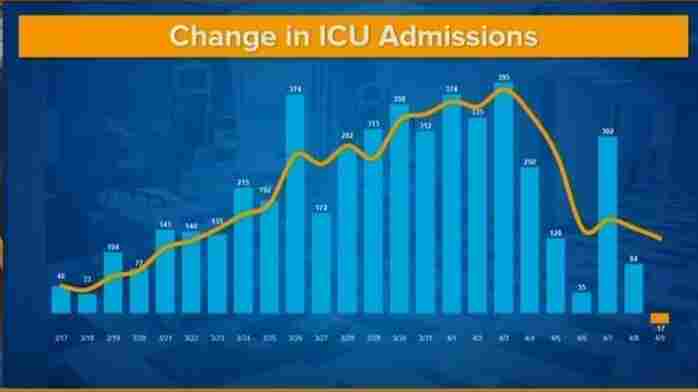 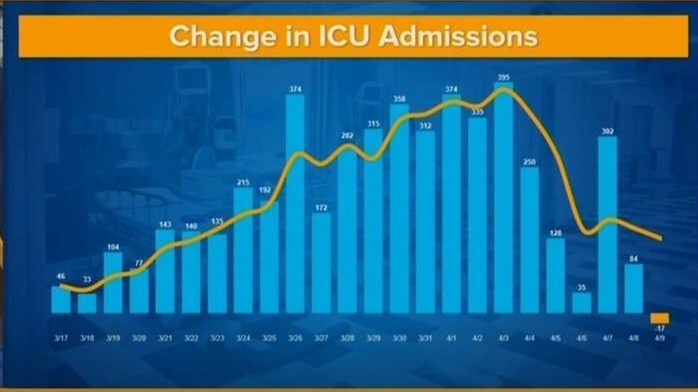 New York Governor Andrew Cuomo says the number of COVID-19 patients in intensive care in the state dropped for the first time.

New York Governor Andrew Cuomo said that for the first time since the beginning of the coronavirus crisis the number of people in intensive care units has gone down.

The difference was small. Speaking to reporters Friday, Cuomo said that across the state there were 17 fewer ICU patients than the day before. But he said he's cautiously optimistic that the infection rate is slowing, and urged people to continue staying at home.

Cuomo also said the key to reopening the state would be "testing on a scale we have not done before," which would require intervention from the federal government. He urged President Trump to use the Defense Production Act to scale up testing capacity, saying private companies would not be able to do it on their own.

Mayor Bill de Blasio spoke at the Billie Jean King tennis center in Queens, which he said would get its first patients Friday. In another signal that the rate of COVID-19 may level off sooner than previously projected, he said he hopes the city does not need much use of medical facilities as overflow ICUs and hospital beds. Instead, de Blasio said, they could serve as areas for quarantine and isolation.

The mayor and governor both touched on the difficult financial situation for New Yorkers who have lost their jobs. De Blasio called on the state to freeze rents for rent-stabilized apartments, and to let tenants use security deposits to pay rent. Cuomo called on Congress to pass another stimulus bill, calling the previous legislation "unfair" to New York, which, he said, is where the need is.