Accessibility links
Early Experience With Remdesivir To Treat Severe COVID-19 Published : Coronavirus Live Updates A study involving 53 patients seriously ill with COVID-19 found that some of them got better. But there was no comparison group, so strong conclusions weren't possible. 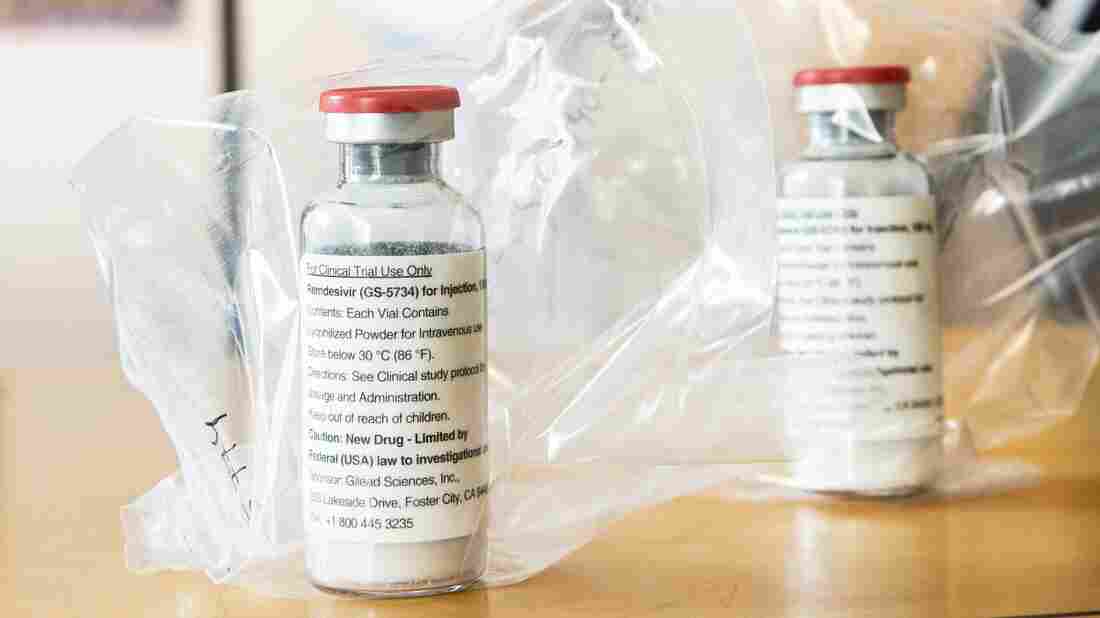 Vials of remdesivir, a drug that was tried as a treatment for Ebola, and that is now being investigated for COVID-19. Ulrich Perrey/POOL/AFP via Getty Images hide caption 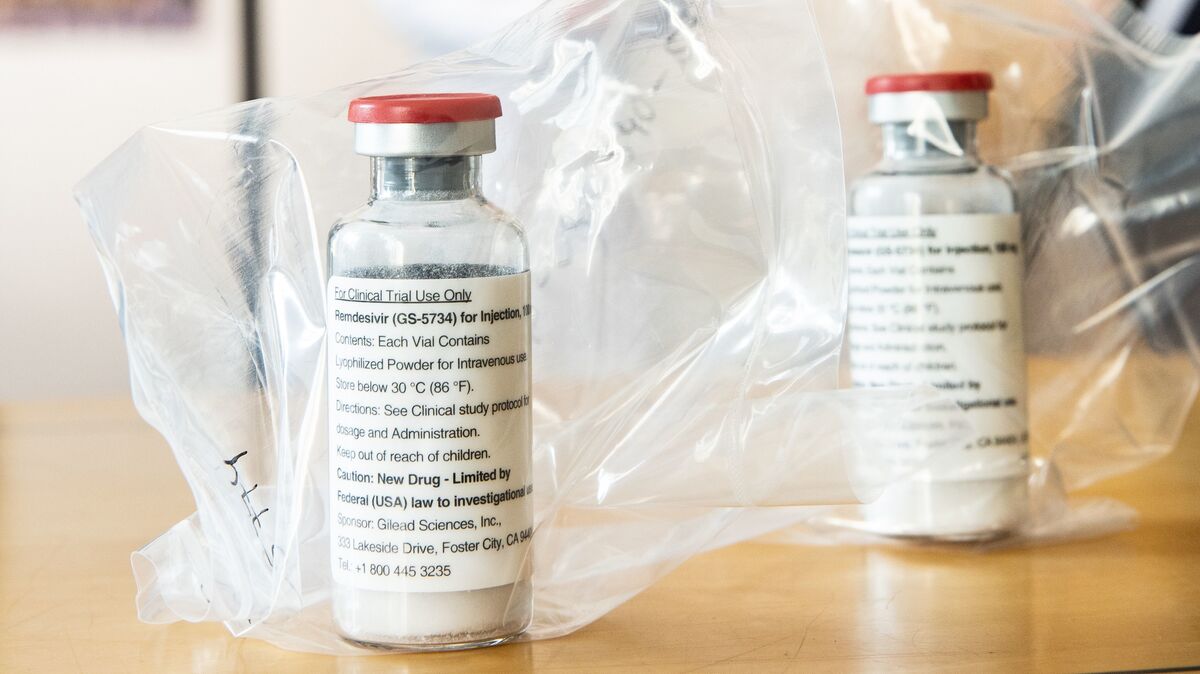 Vials of remdesivir, a drug that was tried as a treatment for Ebola, and that is now being investigated for COVID-19.

Gilead Sciences is reporting some preliminary results from the use of its antiviral drug remdesivir in treating patients with COVID-19.

The study, published Friday by the New England Journal of Medicine, evaluated the response of 53 patients given remdesivir on a compassionate use basis.

Thirty-six showed clinical improvement, while eight got worse. Patients who were not on a ventilator tended to do better than those who were. Seven of the 53 died.

All were in serious condition and needed some kind of oxygen support, including mechanical ventilation.

The patients received the drug between Jan. 25 and March 7 of this year. Half the patients were followed for 18 days or less. The patients were studied in hospitals around the world: 22 in the United States, 22 in Europe or Canada and 9 in Japan.

More than half the patients in the study experienced side effect from the drug, ranging from a rash and diarrhea to acute kidney injury.

As the authors note, several factors make it hard to interpret the results on the study. The small number of patients, the relatively short duration of the follow-up and the lack of a control group — people who received a placebo instead of the active drug.

Several large controlled studies are underway that could provide more definitive evidence of whether the drug is useful or not, and under what circumstances.