Accessibility links
Governors Seek $500 Billion In Direct Aid From Congress : Coronavirus Updates Governors are signaling a dire financial picture for states as Congress spars over including state and local funds along with additional money for small business loans. 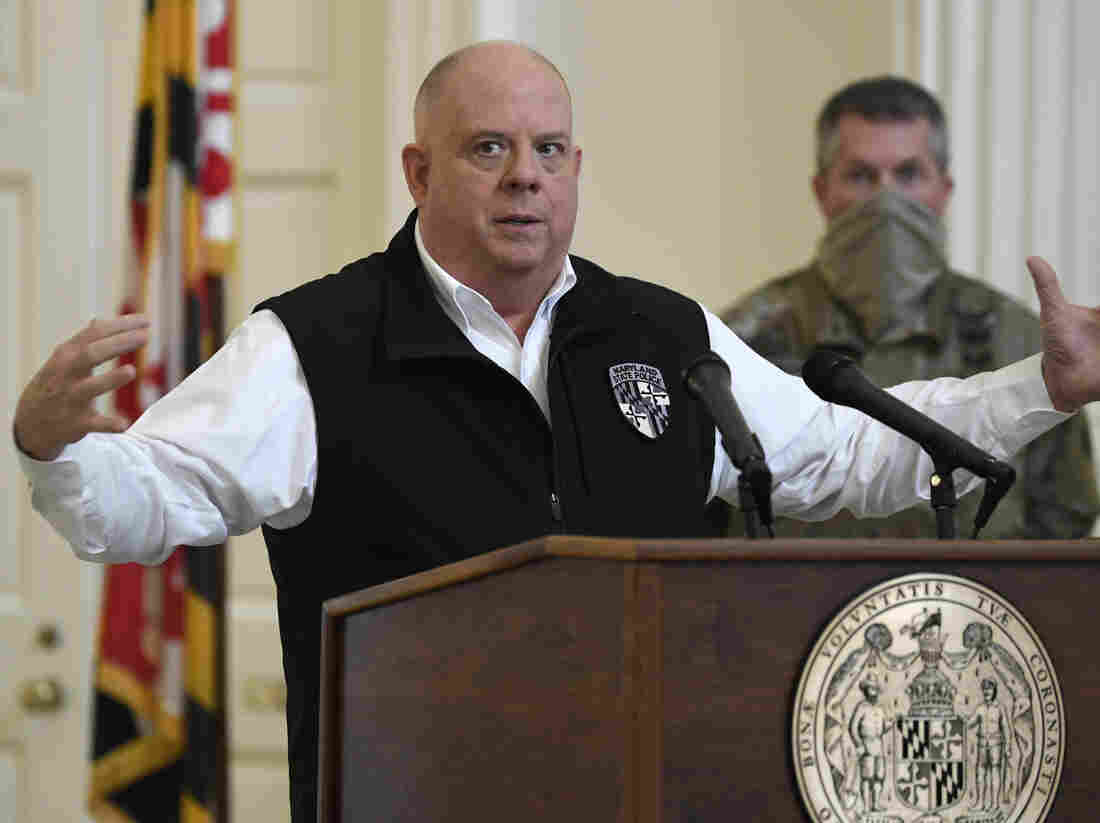 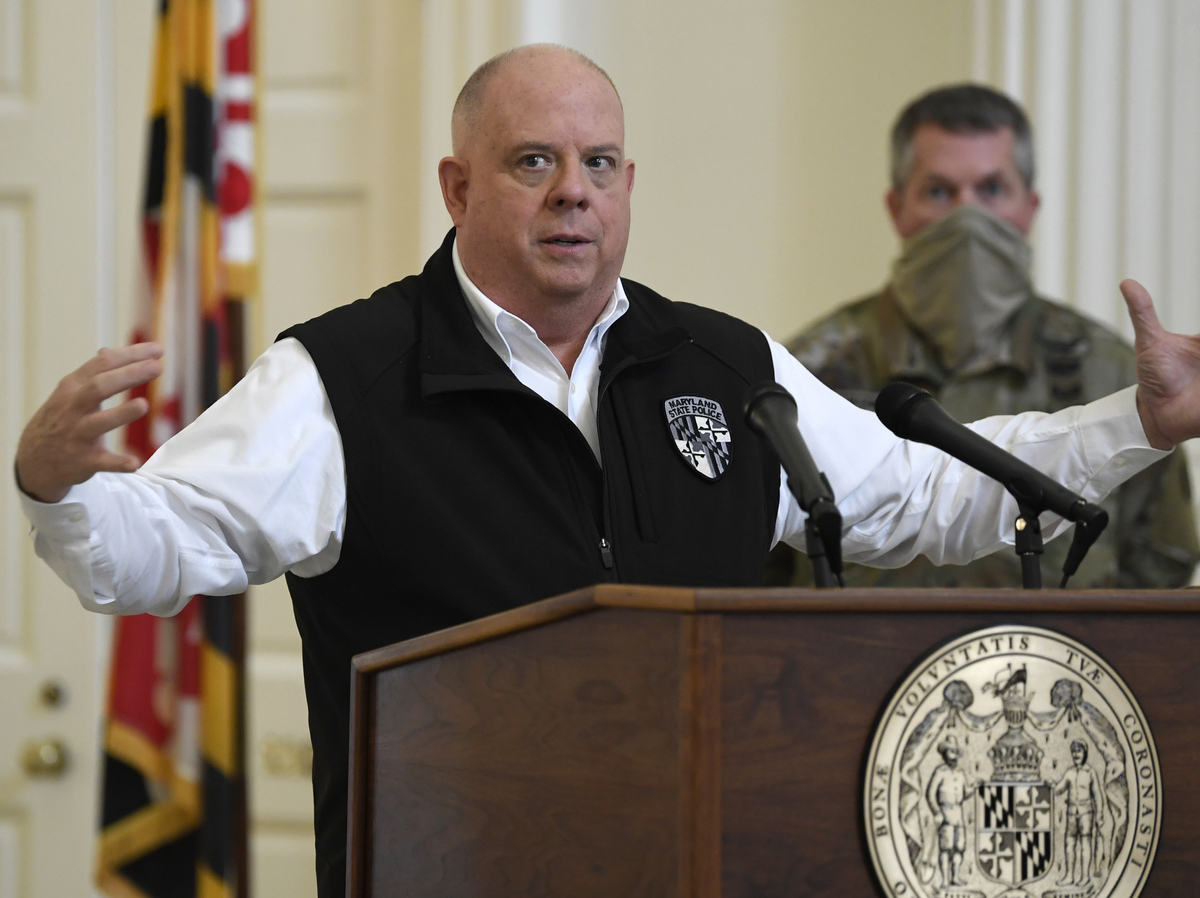 Maryland Gov. Larry Hogan and New York Gov. Andrew Cuomo are calling on Congress to approve $500 billion in budget relief for states struggling with the coronavirus.

National Governors Association Chair Larry Hogan, R-Md., and Gov. Andrew Cuomo, D-N.Y., the group's top Democrat, are issuing a joint call for Congress to approve $500 billion in direct aid to states, signaling a deepening budget crisis caused by the coronavirus as Congress battles over the next round of funding.

"In the absence of unrestricted fiscal support of at least $500 billion from the Federal government, states will have to confront the prospect of significant reductions to critically important services all across this country," the governors said in a statement. "Hampering public health, the economic recovery, and — in turn — our collective effort to get people back to work."

The call for extra money depicts an increasingly dire financial strain on states struggling with the coronavirus. Congressional Republicans have rejected calls for additional coronavirus-related spending at this time, beyond a $250 billion increase to a small business loan program.

"Republicans reject Democrats' reckless threat to continue blocking job-saving funding unless we renegotiate unrelated programs which are not in similar peril," McCarthy and McConnell said. "This will not be Congress's last word on COVID-19, but this crucial program needs funding now. American workers cannot be used as political hostages."

House Speaker Nancy Pelosi, D-Calif., and Senate Minority Leader Chuck Schumer, D-N.Y., called for bipartisan talks and were in communication with Treasury Secretary Steven Mnuchin over the past several days.

"Our state and local governments are in crisis, and between emergency expenses and rising unemployment sapping revenue, they need an immediate infusion of funds to prevent the collapse of essential services. On a bipartisan basis, governors are crying out for help and Congress must act.  Democrats will continue to push for urgently needed funds for state and local governments in the interim emergency bill and CARES 2."

President Trump has rejected criticism that states are under pressure. He told reporters at a White House briefing on Friday that he was not hearing any complaints, particularly when it comes to a lack of federal assistance with hospital equipment.

"We're getting very few calls from governors," Trump said. "They're all in great shape."

The governors spoke with Mnuchin Thursday and are growing frustrated that existing funds cannot be used to help stabilize their budgets. Maryland is projecting a $2.8 billion budget shortfall as a result of the response to the coronavirus, including the shuttering of the majority of businesses in the state. New York estimates it has seen a revenue fall by $10 billion so far.

States say they are still waiting for money included in the $2.2 trillion CARES Act. The bill included $150 billion specifically for states but it has not been released in the roughly two weeks since it was signed into law.

Republicans in Congress have argued that hundreds of billions of dollars in additional money is available to specific state and local programs, like community health centers. The letter from the governors rejects that argument, saying states need fast, unrestricted funding that far outpaces what Congress has approved.