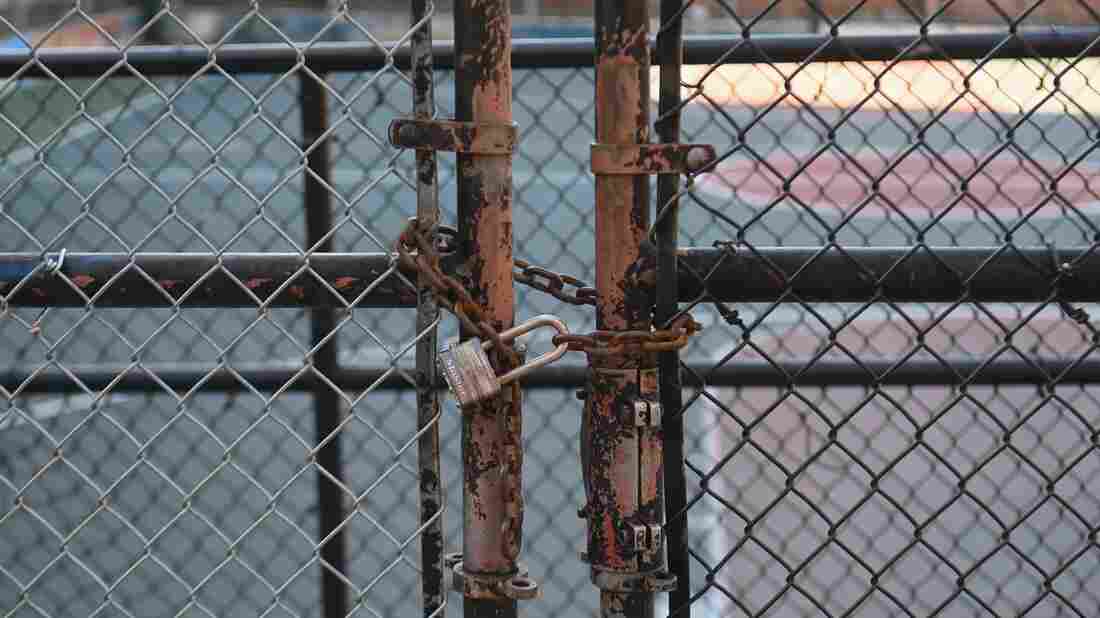 The gate at Public School 39 in Brooklyn has been locked since last month. On Saturday, there were conflicting statements on when or whether the city's schools will reopen for the academic year. Angela Weiss/AFP via Getty Images hide caption 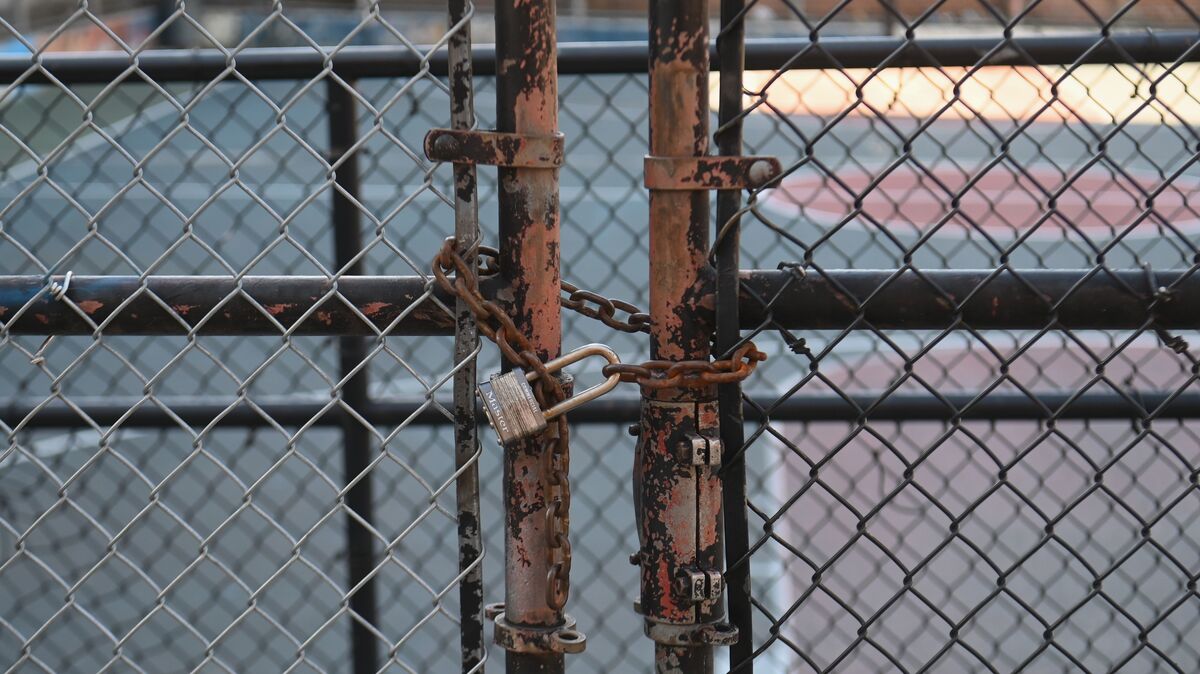 The gate at Public School 39 in Brooklyn has been locked since last month. On Saturday, there were conflicting statements on when or whether the city's schools will reopen for the academic year.

New York City's public schools will remain closed to in-person classes for the rest of the school year, Mayor Bill de Blasio said on Saturday. However, according to the state's governor, Andrew Cuomo, no such decision has been finalized.

The contradicting statements came in quick succession, as both held briefings explaining the latest on the official response to the coronavirus. First came de Blasio, who, together with the New York City Department of Education, said that the city's roughly 1,800 schools would extend a widespread closure that began last month.

"Having to tell you that we cannot bring our schools back for the remainder of this school year is painful. I can also tell you it's the right thing to do," he told reporters.

"It clearly will help us save lives, because it will help us to guarantee that the strategies that have been working — the shelter-in-place, the social distancing, all the focused strategies that are finally beginning to bear fruit — they need the time to continue to be effective."

The largest school district in the U.S., with some 1.1 million students, transitioned to remote learning with the closure of its physical buildings in mid-March. When the change was announced, officials remained hopeful that schools would be able to reopen on April 20, but it appears the wait will continue through at least September — at least, according to city authorities.

Cuomo, speaking shortly after the mayor, said no such decision has been made.

"It makes no sense for one locality to take an action that's not coordinated with the others," he said at a news conference that began just two hours after de Blasio's, speaking of the state's school districts. He added that de Blasio could only offer his "opinion" and that the final call was up to authorities at the state level.

"He didn't close them," Cuomo said of de Blasio, "and he can't open them."

It is not the first spat between the governor and the mayor, who have sparred for years over a range of issues — from public transit and housing regulations to, more recently, their coronavirus response.

Meanwhile, more than a million students in the district are watching closely — partly because they depend on the schools not just for education, but often basic resources as well.

"Almost 80% of our students qualify for free and reduced lunch, so it's a poor student population," New York City Schools Chancellor Richard Carranza told NPR two weeks ago. "Obviously, the digital divide — which is, students that have technology at home and those that don't — is a huge challenge. We estimate that of the 1.1 million students, about 300,000 students don't have the devices to learn remotely at home."

School officials have sought to bridge that digital divide by delivering tens of thousands of devices to students based in homeless shelters throughout the city. And, De Blasio said Saturday, they're aiming to "get 240,000 more in the hands of our kids over the next couple of weeks, by the end of April."

The New York City Department of Education also noted that it will continue to operate "meal hubs" out of hundreds of schools across the city, "which serve three free meals a day to any New Yorker who needs them, and we will continue to ensure child care for the children of essential workers."

Wiley Norvell, de Blasio's communications director, said that the decision announced by the department should stand and that the city's health department, the teachers' and principals' unions, and Dr. Anthony Fauci of the National Institute of Allergy and Infectious Diseases "all agree" with the call.

"This is not about politics or machismo. It's about what's best for kids and parents," Norvell tweeted Saturday after Cuomo's news conference. "Does anyone actually believe bringing kids back to school for 3 or 4 weeks, just as a pandemic is starting to abate, is good for anyone?"