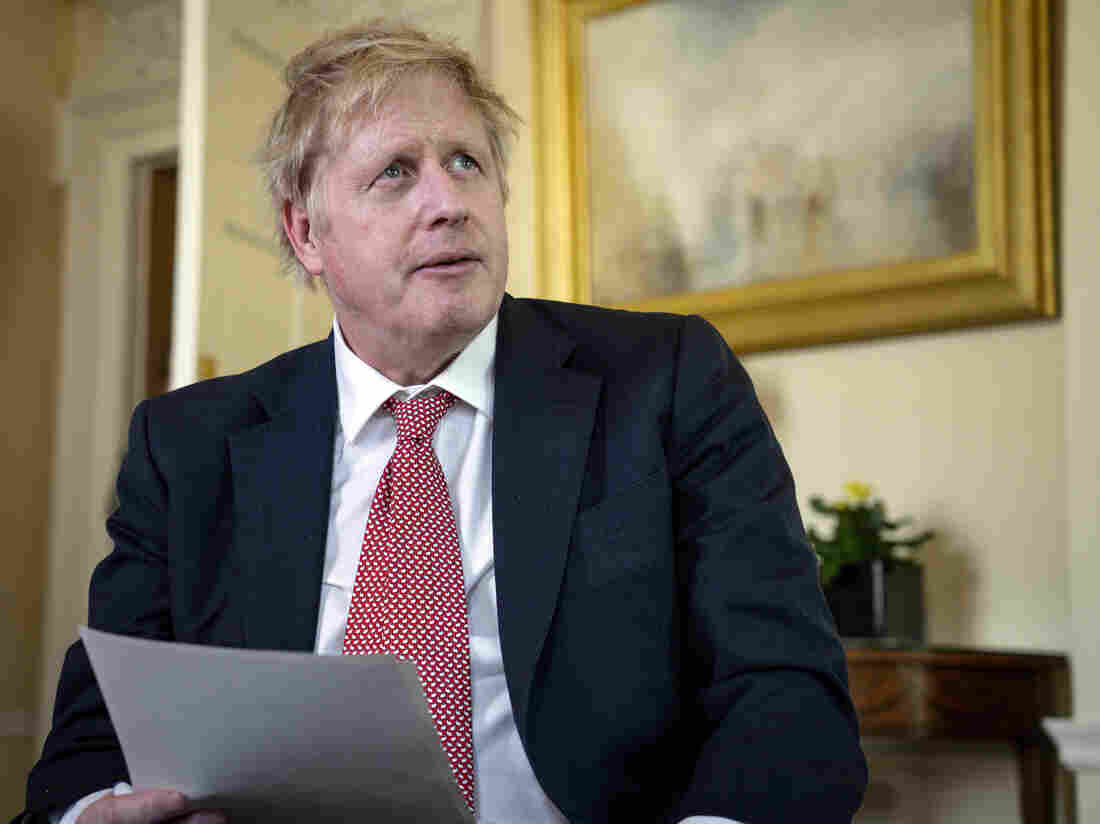 In this handout photo issued by 10 Downing Street, British Prime Minister Boris Johnson speaks from 10 Downing Street praising NHS staff in a video message, after he was discharged from the hospital a week after being admitted with persistent coronavirus symptoms. Pippa Fowles/AP hide caption 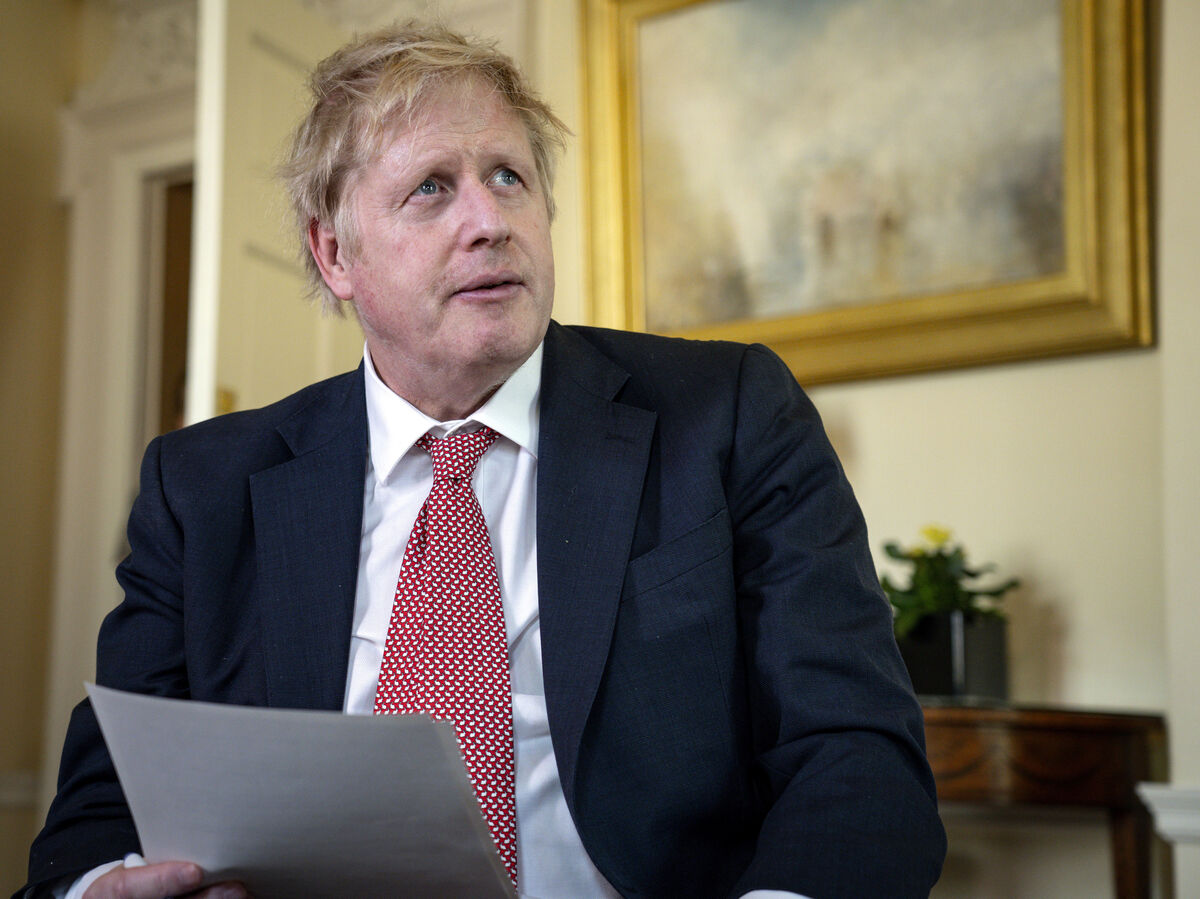 In this handout photo issued by 10 Downing Street, British Prime Minister Boris Johnson speaks from 10 Downing Street praising NHS staff in a video message, after he was discharged from the hospital a week after being admitted with persistent coronavirus symptoms.

British Prime Minister Boris Johnson left the hospital on Sunday, one week after he was admitted with COVID-19, and in a video message, thanked the U.K.'s National Health Service for saving his life.

Johnson, who spent multiple nights in an intensive care unit, credited health staff for keeping him alive when, he said, "It could have gone either way."

"I have today left hospital after a week in which the NHS has saved my life, no question," said Johnson, who went on to list the names of some of the doctors and nurses who looked after him at St. Thomas' Hospital in London, which sits across the River Thames from Big Ben.

It is hard to find the words to express my debt to the NHS for saving my life.

The efforts of millions of people across this country to stay home are worth it. Together we will overcome this challenge, as we have overcome so many challenges in the past. #StayHomeSaveLives pic.twitter.com/HK7Ch8BMB5

Johnson, 55, was a key campaigner in favor of Brexit in the 2016 referendum, a campaign that argued, in part, for leaving the European Union to cut and control immigration. But in his address Sunday, Johnson singled out two nurses who watched over him during a crucial 48-hour period — one from New Zealand, the other from Portugal, an EU country. The reference seemed a nod to the important role that foreign staff play in the NHS.

Johnson is recuperating at Chequers, the prime minister's country estate.

Johnson's release from the hospital comes as the U.K.'s death toll from COVID-19 has passed 10,600, according to tracking by Johns Hopkins University. One of the government's senior scientific advisers, Sir Jeremy Farrar, said the U.K. is likely to be "one of the worst, if not the worst affected country in Europe."

While Johnson praised NHS staff on Sunday, some health care workers say the government has failed to provide enough personal protective equipment (PPE). Health Secretary Matt Hancock triggered a backlash on Friday when he said staff should only use the equipment they clinically need and treat PPE as a "precious resource."

"Correct me if I'm wrong," responded Alan Courtney, an anesthesiologist in England. "I thought that the health care professionals were the precious resource."

Courtney said some workers are still not being supplied gear appropriate to the risks they are taking as they care for COVID-19 patients.

"It's easy to describe in very military-type terms that we're the front line, that we're at war with this enemy," Courtney said. "You would still not send a soldier into a war zone without a gun. You know, you'd still give him a helmet."

At least 28 U.K. health care workers have died from COVID-19, according to the BBC.