Accessibility links
More Than 9,000 Dead Of Coronavirus In New York : Coronavirus Live Updates Gov. Andrew Cuomo announced on Sunday that 758 more New Yorkers have died from the coronavirus. It marked the sixth straight day of more than 700 deaths. 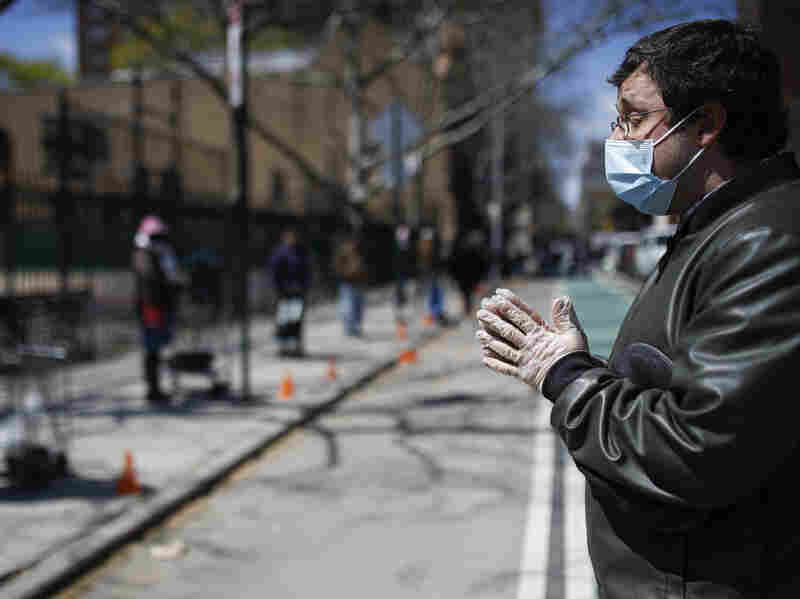 Christopher Love, general manager of the Covenant Mercy Mission, leads a prayer beside a line of visitors waiting for food donations at Manor Community Church on Saturday in New York. An additional 758 people died from the coronavirus over the past 24 hours, Gov. Andrew Cuomo said on Sunday. John Minchillo/AP hide caption 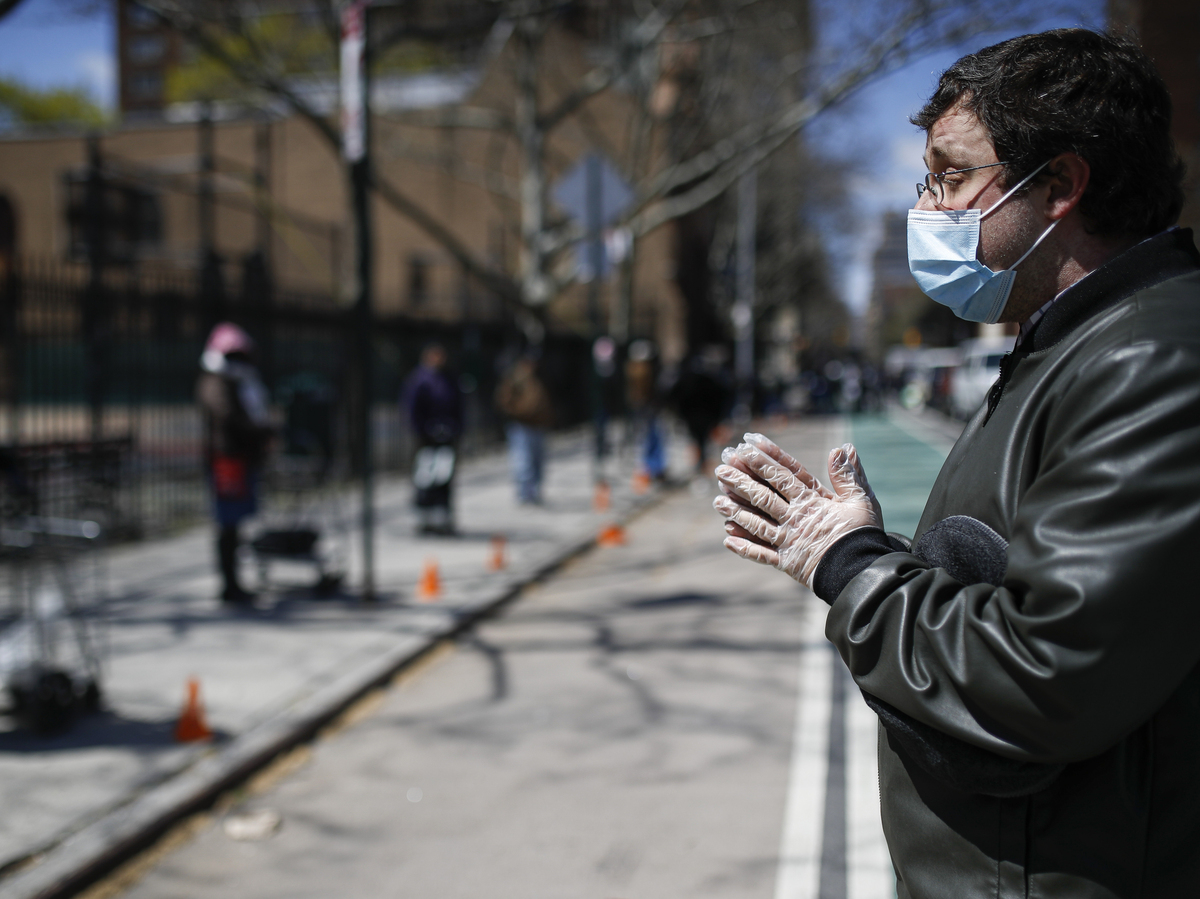 Christopher Love, general manager of the Covenant Mercy Mission, leads a prayer beside a line of visitors waiting for food donations at Manor Community Church on Saturday in New York. An additional 758 people died from the coronavirus over the past 24 hours, Gov. Andrew Cuomo said on Sunday.

New York lost another 758 lives over a 24-hour-period, Gov. Andrew Cuomo said during his daily news conference on Sunday.

"Every one is a face and a name and a family that is suffering," Cuomo said. "This is truly tragic news."

It's the sixth straight day of losses of more than 700 per day.

"That's the one number that I look forward to seeing drop as soon as I open my eyes in the morning," Cuomo said. "It has been flattening, but flattening at a terrible high level."

In total, the coronavirus has killed 9,385 people in New York. The state's growing death toll dwarfs the nearly 3,000 deaths at the World Trade Center on 9/11, "which was supposed to be the tragedy of my lifetime," Cuomo said.

Daily hospitalizations were down again, Cuomo said, with 53 new COVID-19 admissions in the past day — "the lowest number since we started doing these charts," Cuomo noted. The governor said officials were following the number of new hospitializations closely because the "great fear" was always "overwhelming the raw capacity of the hospital system." About 18,700 people are hospitalized with the coronavirus in New York.

Intensive care unit admissions ticked up, though Cuomo said this rise was "dubious" to him because almost all hospital beds these days are essentially being treated as ICU beds.

Another 110 patients were intubated over the past day, according to state figures. "Most people who are intubated will not come off the ventilator," Cuomo said. "So that's a troubling number."

During the briefing, the governor also touted a pair of executive orders he said he would be signing on Sunday. One directs employers to provide essential workers cloth or surgical face masks to wear when directly interacting with the public. That follows a similar executive order signed by New Jersey Gov. Phil Murphy.

The other order will expand the number of people who are eligible to administer an antibody test to determine whether someone has already had the virus.

Cuomo criticized the recent federal relief bill for disproportionately funding states with fewer COVID-19 cases than New York. He cited an analysis by Kaiser Health News finding that New York would receive $12,000 per case while some rural states with far smaller numbers of cases are receiving approximately $300,000 per case.

"How can that be?" Cuomo said. "It can be because in the Senate it became a game of political pork, and 'I want my share,' as opposed to where is the need genuinely?" He added: "You want New York's economy up and running, not just for the good of New York, but for the good of the nation."