In the last decade, bans and taxes on single-use plastic bags have been enacted in a number of states including California, Hawaii and Massachusetts and cities such as New York and Washington, D.C., as shoppers switched to reusable bags.

Now, some major grocery chains are not allowing shoppers to bring reused bags and lawmakers in a number of jurisdictions are rescinding the bans temporarily, citing health concerns prompted by the the coronavirus pandemic.

While scientists say the coronavirus mainly spreads through close person to person interactions, very little is known about the whether bags of any type transmit disease, says UC Davis microbiologist Jonathan Eisen.

"If someone comes in with a contaminated reusable grocery bag and puts it on to the counter and then someone is bagging with that, it certainly seems like there is a chance, it's probably very low, but a chance that there might be some transmission there."

"I think in general surfaces, bags, counters and other things are not the biggest risk to worry about," he says, while protecting the people who work at grocery stores by giving them masks and putting up shields "clearly seems to be way more important in terms of mitigating risk." 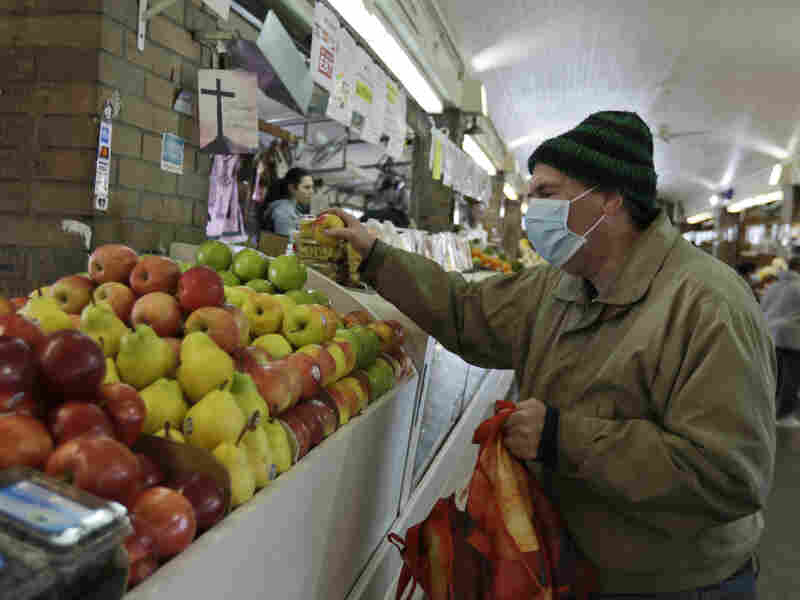 Rick Wittenmyer shops for groceries at the West Side Market, Friday, April 10, 2020, in Cleveland. There were fewer shoppers this year before the Easter holiday than in previous years due to the coronavirus. Tony Dejak/AP hide caption 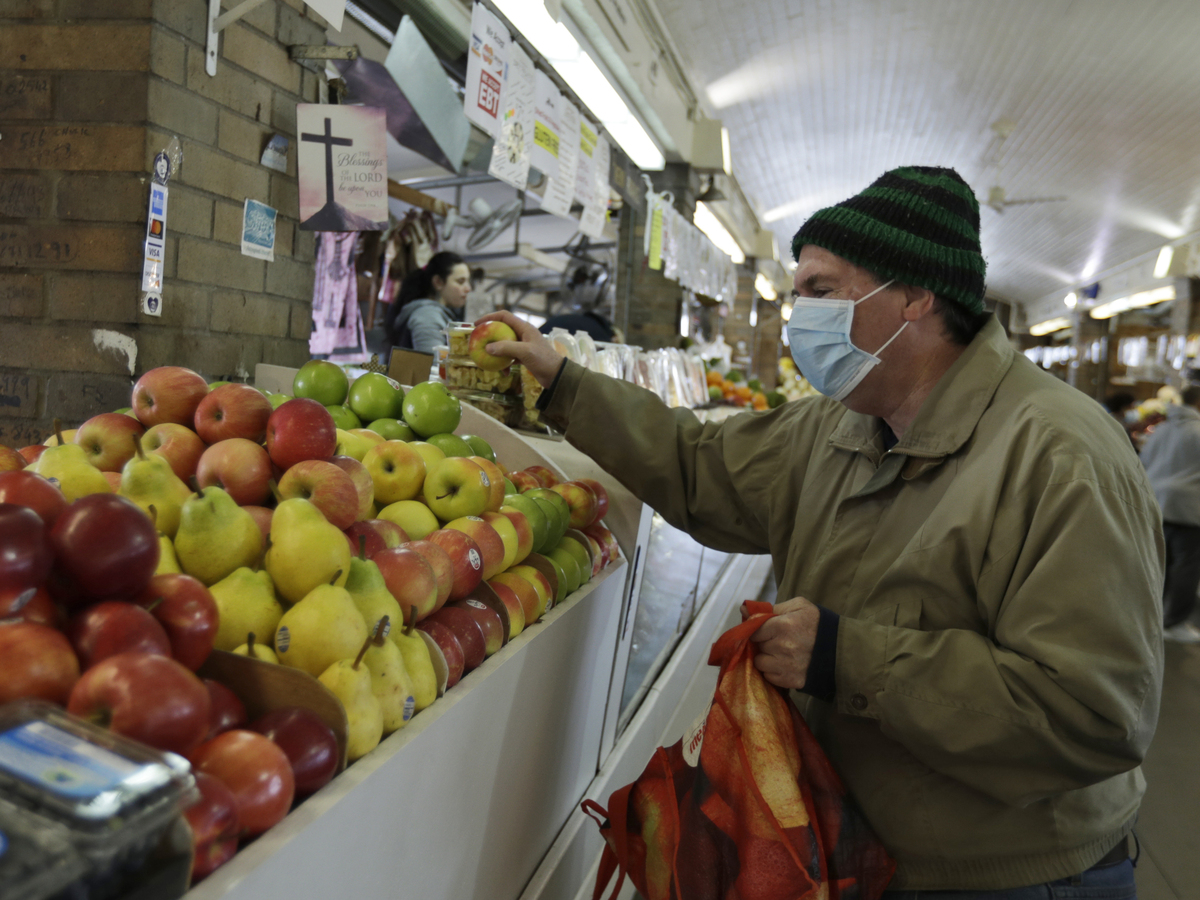 Rick Wittenmyer shops for groceries at the West Side Market, Friday, April 10, 2020, in Cleveland. There were fewer shoppers this year before the Easter holiday than in previous years due to the coronavirus.

Nevertheless, plastics manufacturers are calling on the government to condemn the bans as "a public safety risk" and issue a public statement recognizing the "health and safety benefits" of single-use plastic bags.

"The COVID-19 pandemic is forcing many Americans, businesses and government officials to realize that single-use plastics are often the safest choice," Tony Radoszewsk, who leads the Plastics Industry Association, wrote in a March 18 letter to the Department of Health and Human Services.

Well before the pandemic hit, in states like Texas, legal battles had been playing out over plastic bag bans for years.

And a recent NPR and PBS Frontline investigation found that the plastics industry reluctantly embraced the idea of recycling, so that manufacturers could continue to make plastics, instead of facing an out-right ban on the material.

Less than 10% of plastic sold each year in the U.S. is recycled.

In 2014, California became the first state to adopt legislation prohibiting single-use plastic bags. Since then, another seven states — Connecticut, Delaware, Hawaii, Maine, New York, Oregon and Vermont — and cities such as Boston, New York and Seattle, have enacted bans.

But law makers in some places are changing course. Oregon's ban, which went into effect on Jan. 1, has been temporarily lifted. Massachusetts and Illinois have also asked citizens to halt their use of reusable bags. In cities such as San Francisco and Albuquerque, shoppers are also barred from using reusable bags.

The grocery chain Hy-Vee has instituted a temporary national ban on reusable bags in their stores, citing concerns from customers. Grocery store worker unions in Chicago and Northern California have also raised the alarm on reusable bags. Maine lawmakers voted to delay implementing a law that would have banned plastic bags altogether, until next year because of concerns that cloth bags could pose risks to workers.

Low oil prices have made plastic products, which are made from petroleum, a significant source of income for the fossil fuel industry, says Eric Goldstein, a senior attorney for the Natural Resources Defense Council.

He's not as worried about current restrictions on reusable bags as he is about long-term projections for plastic use in the U.S.

"While plastic bags are a symbol and only a relatively small piece of the overall problem of single use plastics, the forecasts are that the amount of plastics that Americans consume will continue to grow significantly," says Goldstein.