Accessibility links
Hard-Hit Spain Tries A Gradual Easing Of Its Coronavirus Lockdown : Coronavirus Live Updates The move allows some businesses that can't operate remotely to reopen, even as most citizens remain under stay-at-home orders. But critics warn it may be too soon to let up.

Hard-Hit Spain Tries A Gradual Easing Of Its Coronavirus Lockdown

Hard-Hit Spain Tries A Gradual Easing Of Its Coronavirus Lockdown 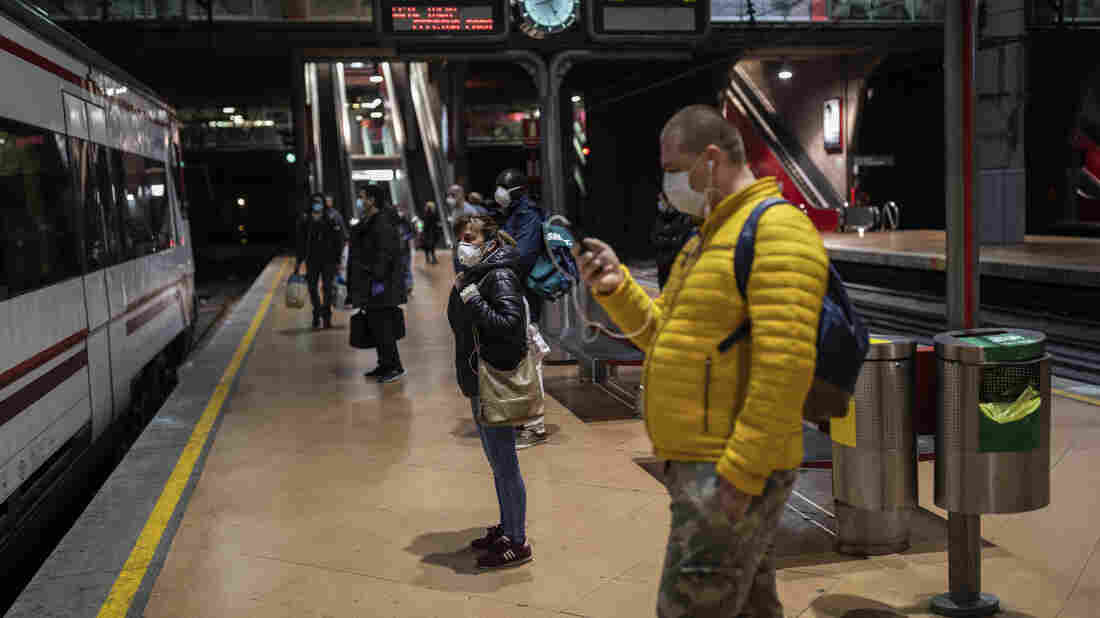 Commuters wearing face masks to protect against coronavirus at the platform of Atocha train station in Madrid, Spain, on Monday. Spain has begun easing restrictions as the number of new cases declines. Bernat Armangue/AP hide caption 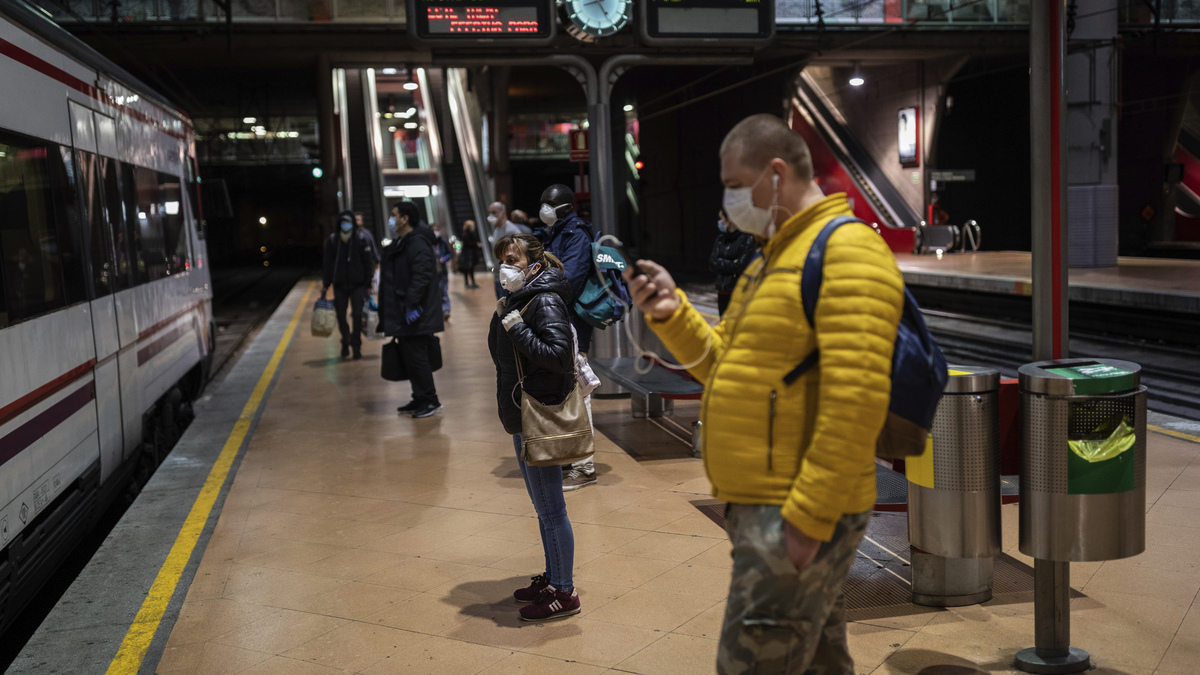 Commuters wearing face masks to protect against coronavirus at the platform of Atocha train station in Madrid, Spain, on Monday. Spain has begun easing restrictions as the number of new cases declines.

Some nonessential workers in Spain, one of the countries hardest-hit by the novel coronavirus, will return to work this week as part of an easing of restrictions imposed a month ago in an effort to stem the COVID-19 pandemic.

The move allows some businesses that can't operate remotely, such as construction and manufacturing, to reopen, even as the majority of the country's population remains in a lockdown that began on March 14.

Bars, shops and public spaces are also set to remain closed for at least another two weeks.

Spain's parliament approved the easing of restrictions on Friday.

Spain, which is second only to the United States in the total number of confirmed COVID-19 cases, has more than 165,000 cases and nearly 17,500 deaths, according to the Health Ministry.

Although the number of new confirmed cases has been declining in the past week, thousands of new ones are added each day, with deaths still in the hundreds per day. The overnight COVID-19 death toll on Monday was 517, down from Sunday's 619.

Spain's current wave of COVID-19 appears to have peaked on April 2, with 950 deaths in 24 hours. Since last weekend, new deaths have been trending downward.

"The velocity of the increase of the virus is decreasing throughout Spain," Maria José Sierra, a spokesperson for Spain's health emergency coordination center, said last week.

Intensive care units are also beginning to see something of a reprieve, although many hospitals are still full and some still don't have enough equipment.

Speaking Sunday, Prime Minister Pedro Sánchez said the decision to reopen some sectors of the economy came after consulting with a committee of scientific experts.

"We are still far from victory, from the moment when we can pick up our normal lives again, but we have made the first decisive steps in the path towards victory," Sánchez said.

But some regional leaders and lawmakers have criticized Sánchez for, in their words, putting economic interests above concern for the health of the people. They believe the move is too soon.

In a Sunday news conference, Madrid's regional premier, Isabel Díaz Ayuso, chastised the federal government, warning that "another wave [of infections] would be unforgivable." The Catalan regional government reportedly considers the move "imprudent" and "reckless," according to El País.

Interior Minister Fernando Grande-Marlaska told the Cadena SER radio network that police had already started handing out millions of face masks early to protect those returning to work. "The health of workers must be guaranteed," he said, according to Reuters.

Lucia Benavides in Barcelona contributed to this report.