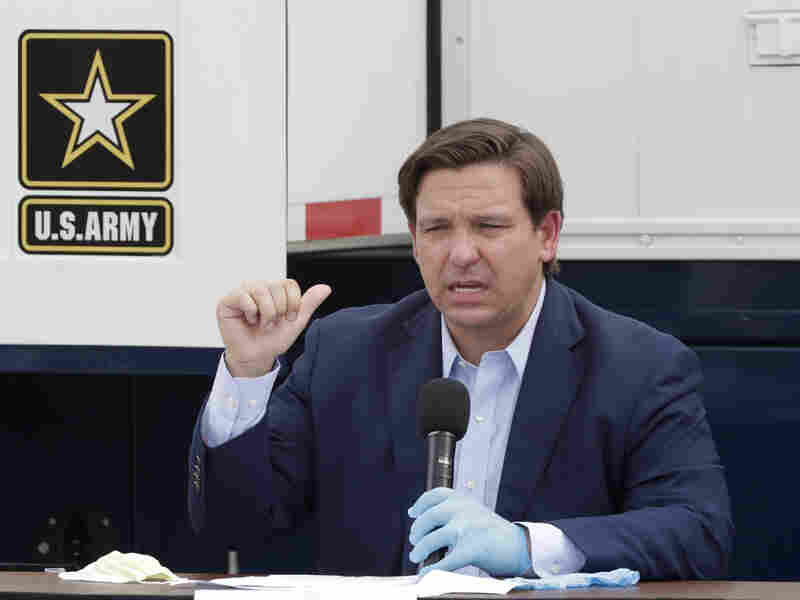 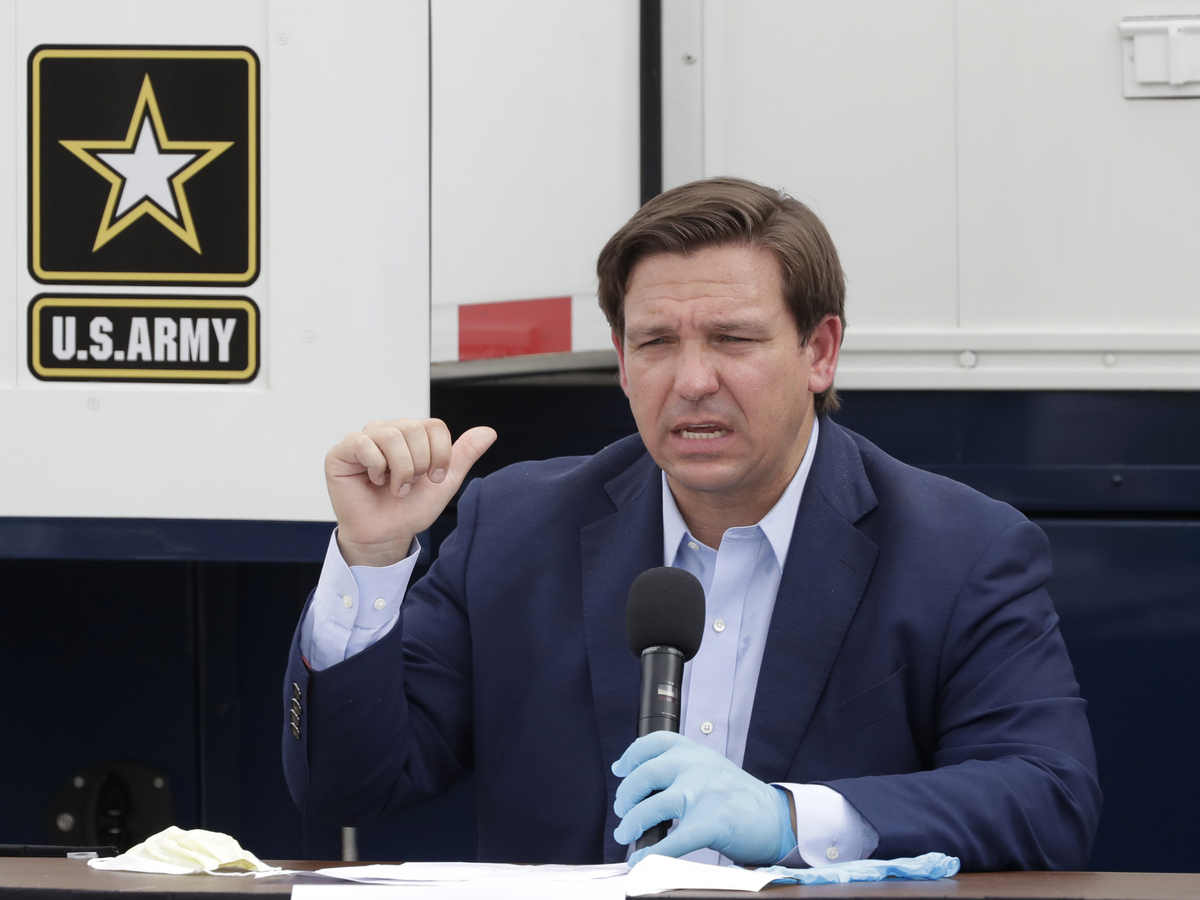 Florida Gov. Ron DeSantis speaks during a news conference in front of a U.S. Army Corps of Engineers mobile command center at the Miami Beach Convention Center last week. DeSantis says he wants to ramp up testing at the state's long-term care facilities.

Florida Gov. Ron DeSantis said Monday that teams of National Guard personnel were being dispatched to dozens of nursing homes and assisted living facilities where COVID-19 cases have been found to test residents and staff for the virus.

DeSantis said the four-person National Guard "strike teams" have already been sent to 93 such long-term-care facilities, where a total of 962 positive cases have been discovered. But he said he wants to further expand testing.

"I am directing the Florida National Guard to create more strike teams to significantly ramp up testing in long-term-care facilities," he said at a news conference in Tallahassee.

DeSantis said the surge in testing was needed to identify asymptomatic carriers of the novel coronavirus, especially among staff members who might be unwittingly spreading it at facilities where the high number of elderly and immunocompromised residents make COVID-19 particularly deadly.

He said the testing would start in South Florida, in facilities where testing hasn't been done yet, and continue "as long as we have enough" test kits.

DeSantis and Florida Surgeon General Scott Rivkees have declined to disclose which facilities have had positive tests, leading the Miami Herald and other media outlets to file a public records lawsuit to obtain that information. The governor's office has sought to quash the suit.

The latest remarks from DeSantis come as The Associated Press on Monday published a report suggesting that the scope of the outbreak in nursing homes across the country has widened considerably in recent weeks.

According to an AP tally, based on media reports and state health officials, more than 3,600 deaths nationwide have been linked to outbreaks in nursing homes and long-term-care facilities. That figure represents a significant increase from 450 deaths that AP reported just 10 days prior.

Last week, at least 51 people, including 30 staff members, tested positive for the novel coronavirus at a nursing home in the central North Florida town of Live Oak. And in the past few days, Leon County — where the state capital, Tallahassee, is located — disclosed 22 infections at long-term-care facilities.

The AP also notes outbreaks in the past few weeks at a nursing home outside Richmond, Va., that killed 42 people and another in central Indiana that killed 24.

An outbreak in a nursing home in the Seattle suburb of Kirkland that was one of the first to be identified amid the early spread of the disease in the U.S. has so far killed 43 people, according to the news agency.