Accessibility links
Putin Warns That Russia's COVID-19 Pandemic Is Getting Worse : Coronavirus Live Updates A month ago, Vladimir Putin said the outbreak in Russia was "under control," but in a teleconference with health officials on Monday he acknowledged the situation was changing "not for the better."

Putin Warns That Russia's COVID-19 Pandemic Is Getting Worse

Putin Warns That Russia's COVID-19 Pandemic Is Getting Worse 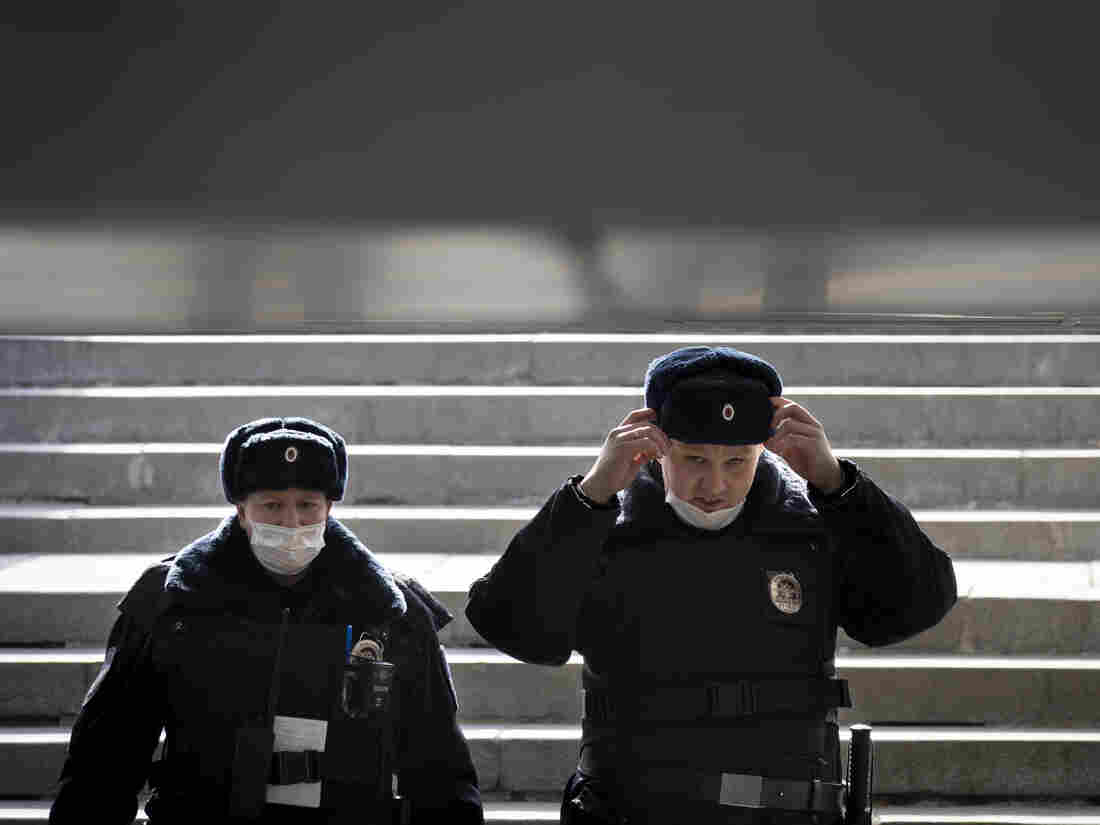 Russian police officers, wearing face masks to guard against the coronavirus, descend into a pedestrian underpass as they patrol to enforce a self-isolation regime in Moscow. Alexander Zemlianichenko/AP hide caption 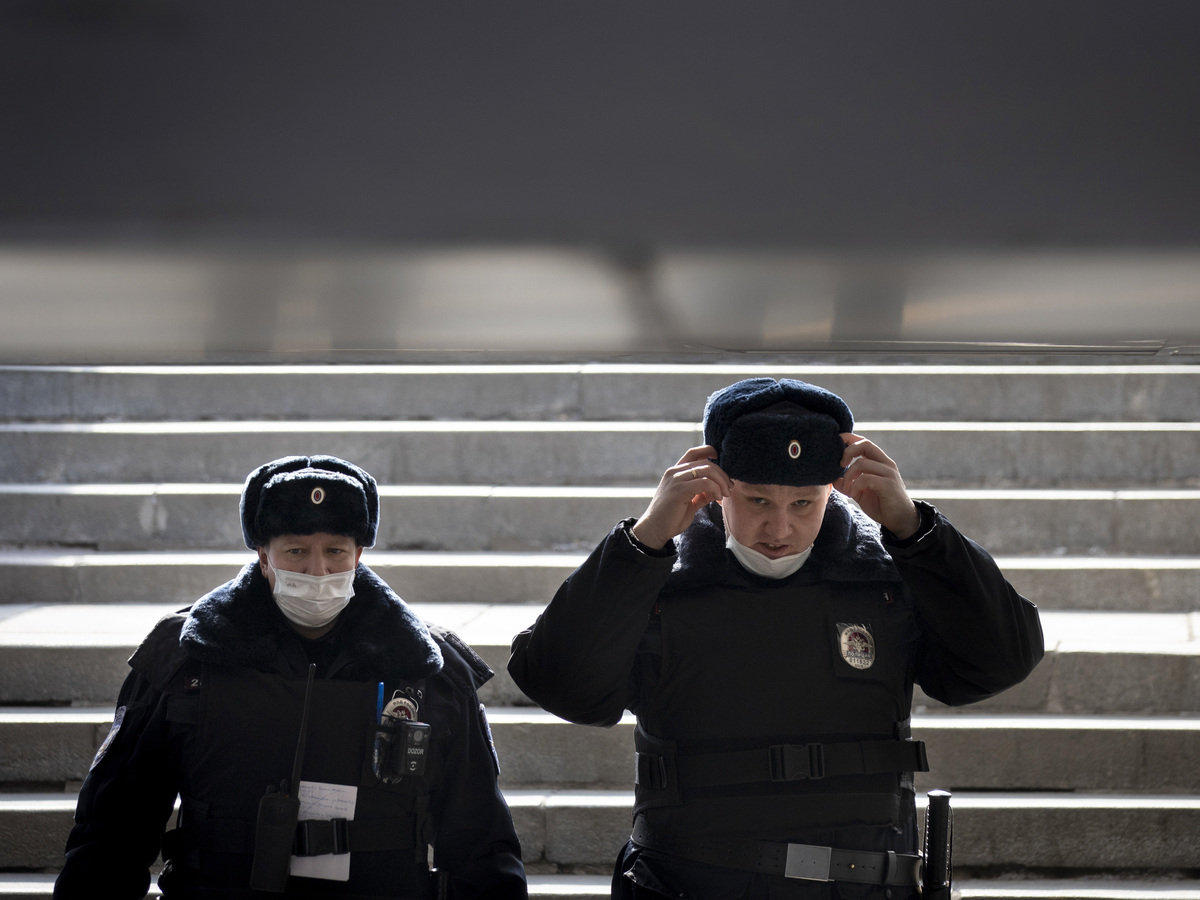 Russian police officers, wearing face masks to guard against the coronavirus, descend into a pedestrian underpass as they patrol to enforce a self-isolation regime in Moscow.

After insisting less than a month ago that COVID-19 in Russia was "under control," President Vladimir Putin on Monday squarely acknowledged the opposite, with the largest day-to-day increase in cases to date and the head of the coronavirus task force warning that the country is "nowhere near" peak infections.

"We see that the situation is changing almost daily and, unfortunately, not for the better," Putin said in a video conference with health officials, according to The Moscow Times. "The number of people who are getting sick is increasing, with more cases of severe illness."

Today, Russia's coronavirus response center reported more than 2,700 new cases and 22 new deaths, bringing the total number of infections to more than 21,000 and 170 deaths. The capital, Moscow, has been hardest-hit, with more than 11,500 cases.

During the video conference with Putin on Monday, Sergei Sobyanin, the mayor of Moscow and the head of Russia's coronavirus task force, said Russia is "nowhere near" its peak number of cases and his deputy acknowledged that Moscow's hospitals and ambulances were already stretched to the limit, the Times reports.

In mid-March, Putin told a government meeting that authorities were able to control the spread of the disease and that "the situation is generally under control despite high risk level."

However, by the end of the month, the country was seeing a spike in cases and had implemented a no-work order in an effort to contain the spread of the virus.

In early April, the government extended the no-work directive, and by last week the number of cases in Russia had topped 10,000.