Accessibility links
Dominican Republic Delays Presidential Vote Over Coronavirus Concerns : Coronavirus Live Updates The country's election commission said in a statement Monday that it had been forced to postpone the election, originally scheduled for May 17, to July 5 due to the ongoing pandemic. 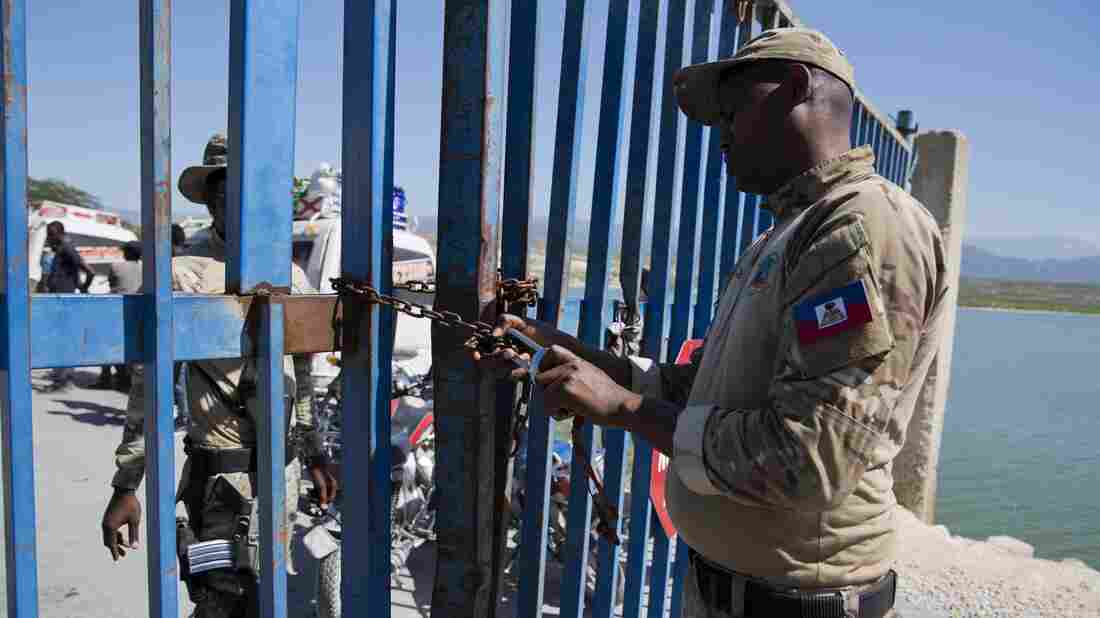 A Haitian police officer locks a gate that separates the Dominican Republic border town Jimaní from Malpasse, Haiti, last month, as Haitian authorities shut down the border because of concerns over the spread of COVID-19. Dieu Nalio Chery/AP hide caption 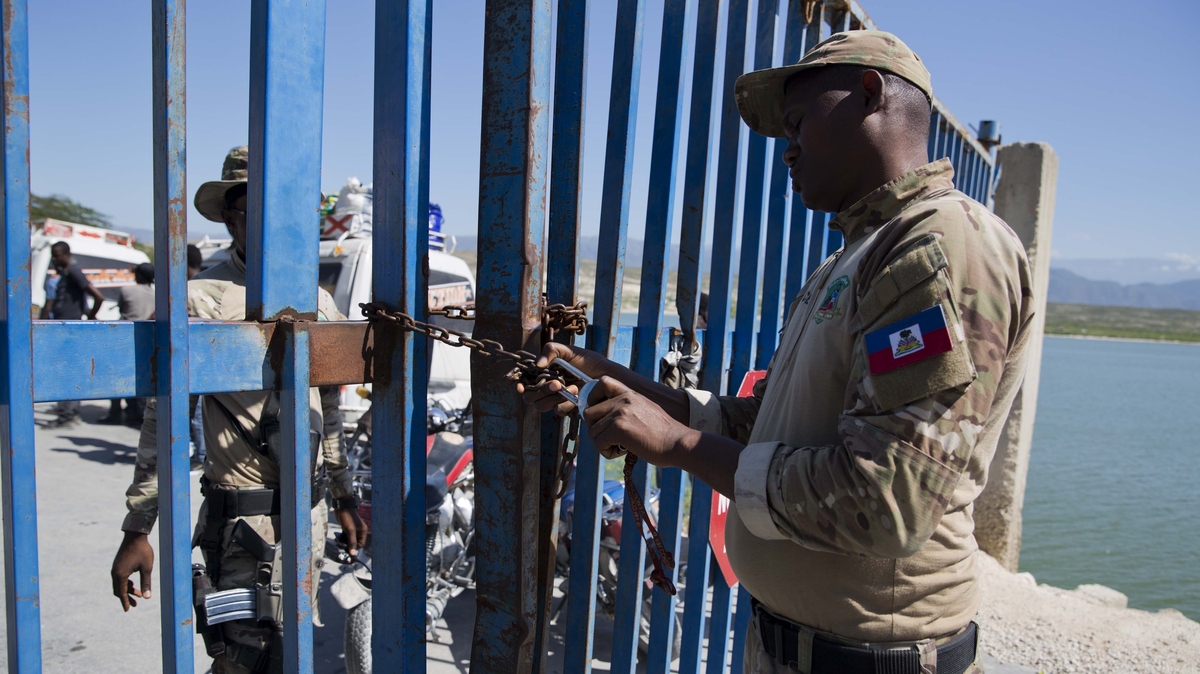 A Haitian police officer locks a gate that separates the Dominican Republic border town Jimaní from Malpasse, Haiti, last month, as Haitian authorities shut down the border because of concerns over the spread of COVID-19.

The Dominican Republic, which had been set to go to the polls in a first round of presidential elections in May, will postpone the vote until July due to the ongoing COVID-19 pandemic, the country's election commission announced.

In a statement on Monday, the country's Plenum of the Central Electoral Board said it had been forced to postpone the election because of the ongoing coronavirus crisis. The election had been scheduled for May 17 but would be moved forward to July 5, the statement said.

A Gallup poll published last month gave Luis Abinader, who represents the Modern Revolutionary Party (PRM), a strong lead over his closest rival, Gonzalo Castillo. Former president Leonel Fernández had 17 percent of the vote, according to Gallup. Incumbent President Danilo Medina, who is serving his second term, is ineligible to run again.

With more than 3,100 confirmed cases and nearly 180 deaths, the Dominican Republic is among the worst-hit countries in the Caribbean. Until about a month ago, there were only a handful of cases in the country of about 10.6 million people. However, since then coronavirus infections have spiked, reaching as high as 271 new cases in a single day by late last week.

In neighboring Haiti, which shares the island of Hispaniola with the Dominican Republic, relatively few cases have been reported so far — just 40, with three deaths, according to a tally kept by Johns Hopkins University.

Giuseppe Loprete, the IOM's country director for Haiti, said last week that monitoring the flow of people across the border was proving difficult.

"The best that we can do now is buy some time for the health authorities to put some proper screenings at the border to identify positive cases or people with symptoms although we know COVID-19 is spreading also to people with no symptoms," he said.

A study last year in which just over three-quarters of hospitals in Haiti participated, showed a nationwide total of just 124 ICU beds, with the capacity to ventilate fewer than 70 patients in a population of about 11 million.