Accessibility links
Turkey Will Try Another Weekend Curfew To Contain The New Coronavirus : Coronavirus Live Updates Turkey is one of the hardest-hit countries in the Middle East, often reporting 4,000 or more new COVID-19 cases per day. The government hopes short-term stay-home measures will curb the outbreak.

Turkey Will Try Another Weekend Curfew To Contain The New Coronavirus

Turkey Will Try Another Weekend Curfew To Contain The New Coronavirus 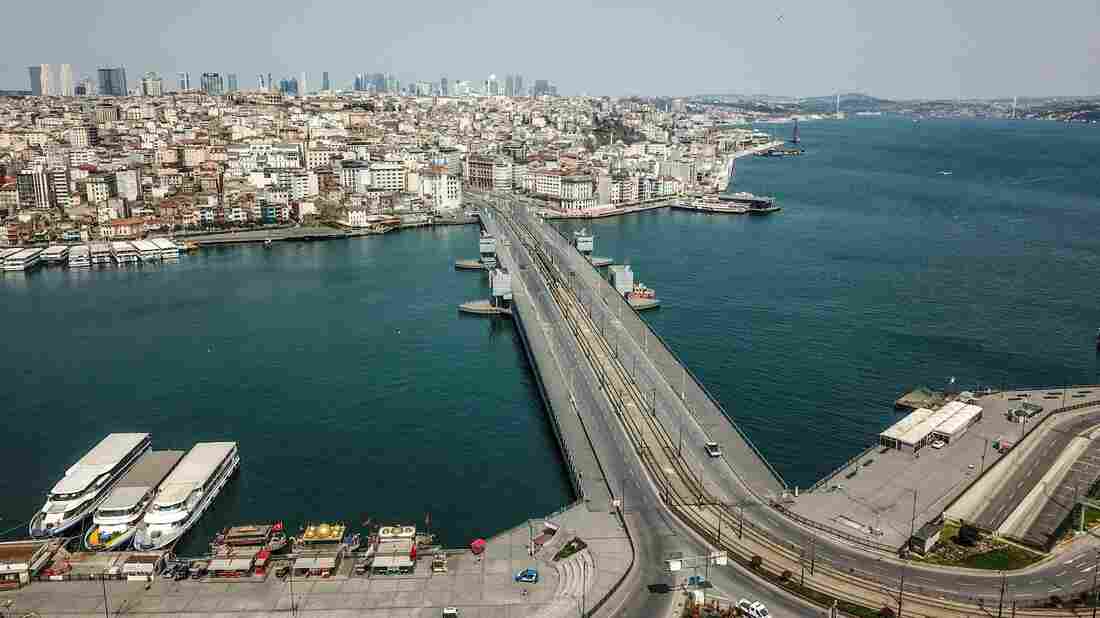 An aerial picture shows the Galata Bridge and the Bosporus in Istanbul on Saturday, as the Turkish government imposed a two-day curfew to prevent the spread of COVID-19. Bulent Kilic/AFP via Getty Images hide caption 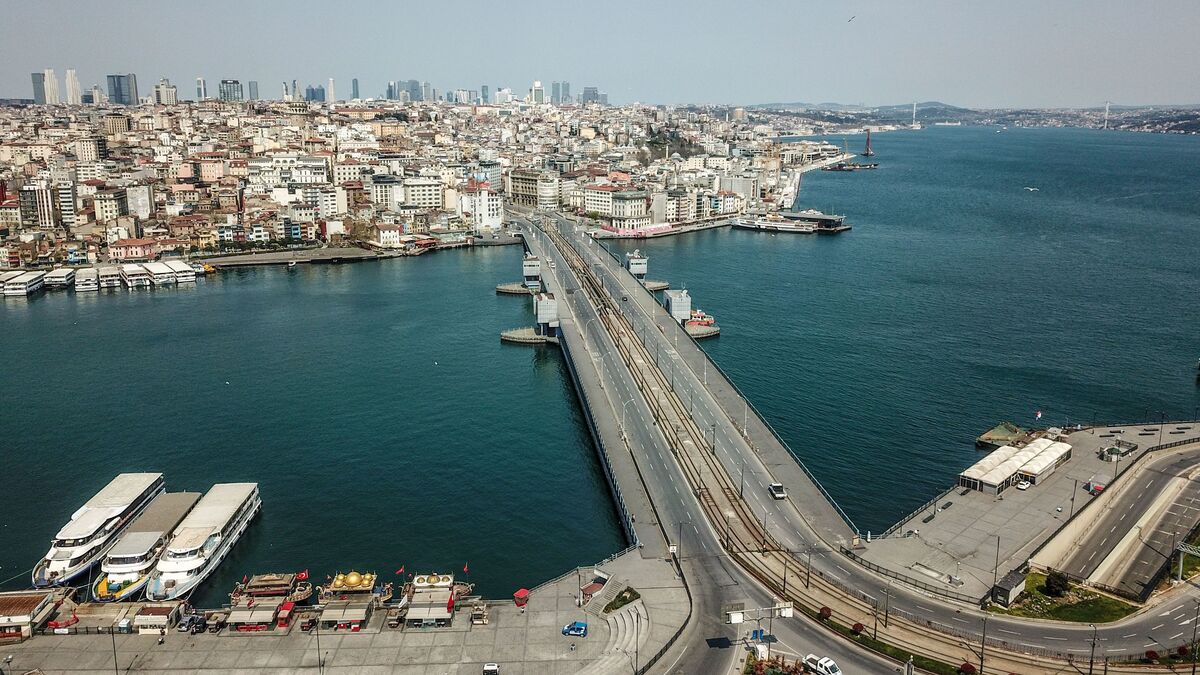 An aerial picture shows the Galata Bridge and the Bosporus in Istanbul on Saturday, as the Turkish government imposed a two-day curfew to prevent the spread of COVID-19.

Workers in protective gear are handing out boxes of free medical masks on the street. Bakery trucks roam neighborhoods, delivering bread. Turkish officials plainly grasp the seriousness of the coronavirus pandemic, at home and abroad: President Recep Tayyip Erdogan says his government has sent medical equipment and supplies to 34 other countries so far.

But some worry that the government may be putting lives at risk.

Late Friday night, Interior Minister Süleyman Soylu gave a mere two hours' notice to people in 31 of Turkey's most populous cities that the government was imposing a 48-hour weekend curfew. (A full curfew was already in place for those under 20 or over 65 years of age.)

The announcement sent hordes of people streaming into the streets. Videos posted to social media showed long lines snaking out of stores and fights breaking out as people scrambled to stock up for the weekend.

On Sunday, a chastened Soylu offered his resignation over his handling of shutdown measures, but Erdogan refused to accept it.

The curfew expired at midnight that night. By Monday morning, cars were back on the streets and ferries were crossing Istanbul's Bosporus strait once again.

Turkey is one of the hardest-hit countries in the Middle East, frequently reporting 4,000 or more new cases per day. As of Monday, more than 61,000 people have been diagnosed with COVID-19, the disease caused by the novel coronavirus, and nearly 1,300 have died. Schools and universities are closed and large gatherings are banned.

Health experts suggest Turkey's official figures understate the real impacts of the virus, although testing has ramped up quickly. It is not yet clear when the infection rate will peak and begin to decline.

The government has announced another curfew from midnight Friday to midnight Sunday. Officials say that with the arrival of warmer spring weather, keeping people from going outdoors on the weekends is paramount.

So far, however, no one in the government appears to be pushing for a curfew lasting 14 days, which is the incubation period of the virus.

And there are fears Erdogan could use the crisis to try to weaken his political opponents. Critics point to his comment on Monday, "I hope our country will get rid of not only the coronavirus, but also these media and political viruses," as a signal that more pressure may be brought to bear on opposition voices.