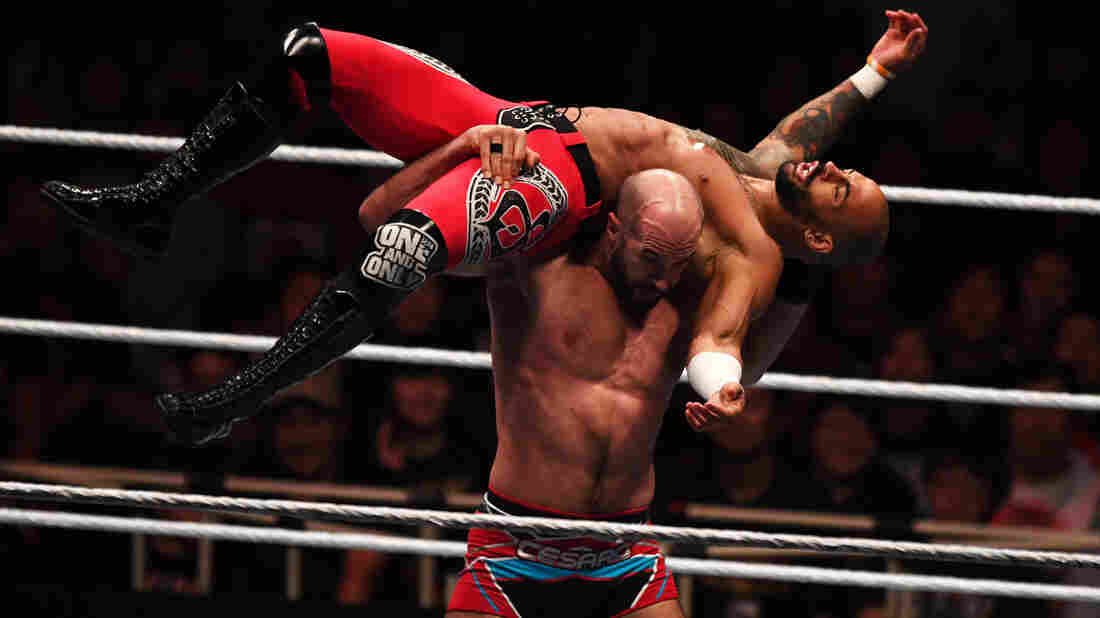 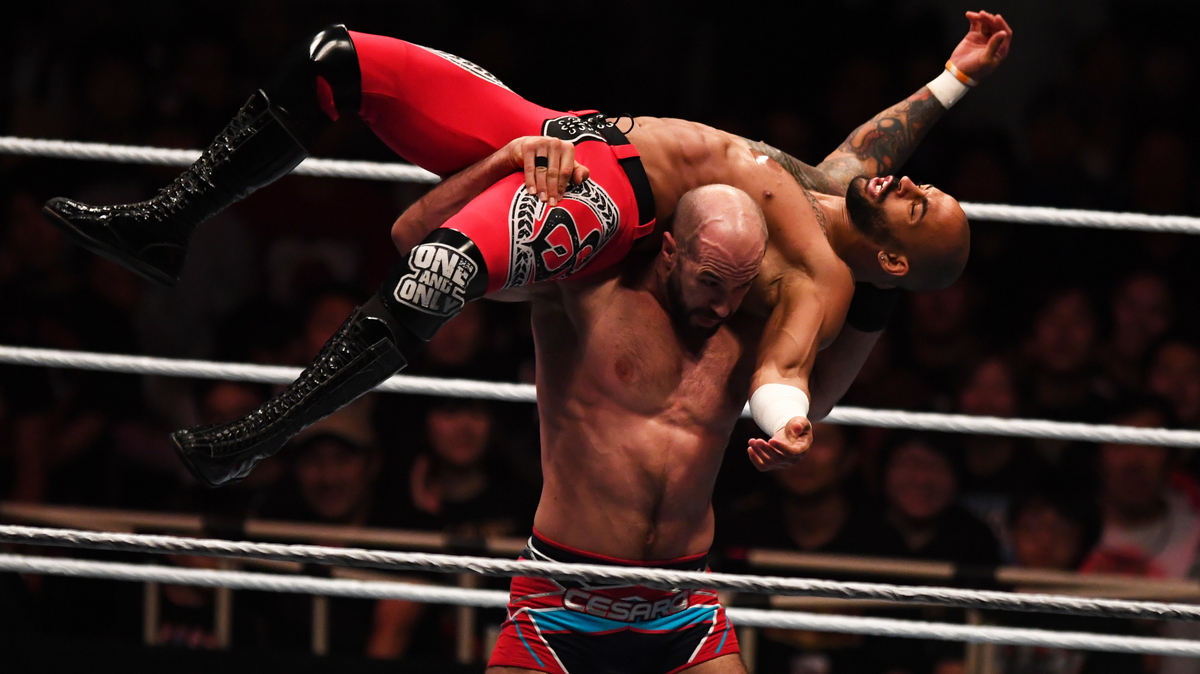 Cesaro and Ricochet compete during the WWE Live Tokyo on June 29, 2019.

World Wrestling Entertainment resumed its live televised shows Monday at its facility in Orlando without fans present. After weeks of airing taped pro wrestling matches, WWE received permission last week with a signed order from Florida's Emergency Management Director. The order says "employees at a professional sports and media production with a national audience" are exempt from a stay-at-home order as long as "the location is closed to the general public."

The order was signed April 9. At a press conference Monday, Orange County Mayor Jerry Demings said when Florida Governor Ron DeSantis ordered a statewide lockdown April 1, at first, WWE was not exempted. "With some conversation with the governor's office regarding the governor's order, they were deemed an essential business," Demings said. "And so therefore, they were allowed to remain open."

The order opens the way for Ultimate Fighting Championship and other professional sports associations to resume production and live events in Florida, as long as they're done without an audience.

The WWE events are resuming after the online news site Pro Wrestling Sheet reported one of those involved with the production's on-air staff tested positive for the coronavirus. In a statement to the news site, WWE said, "We believe this matter is low risk to WWE talent and staff, as the individual and a roommate became symptomatic in the days following exposure to two people working in acute health care on the evening of March 26, after WWE's TV production on a closed set was already complete." WWE says the employee has had no contact with anyone with the organization since then and has since recovered.

In a statement released to multiple news organizations, WWE said: "We believe it is now more important than ever to provide people with a diversion from these hard times. We are producing content on a closed set with only essential personnel in attendance following appropriate guidelines while taking additional precautions to ensure the health and wellness of our performers and staff."

In Tallahassee on Tuesday, DeSantis said the decision to declare certain sports or entertainment companies "essential businesses" is done on a "case-by-case basis." He said he believes it's time to begin allowing some sports to resume if, like WWE, it can be done without an audience present. The governor said, "If NASCAR does a race and can televise it without having large crowds, I think that's a good thing." DeSantis said he'd also like to see Tiger Woods and Phil Mickelson face off in a golf match. "You wouldn't have a gallery there. You wouldn't have crowds," he said. "But to put that on TV, I think people have been starved for content."