Accessibility links
Designate Grocery Worker As First Responders, Supermarkets And Union Say : Coronavirus Live Updates Kroger and Albertsons have joined the food workers union UFCW in urging state and national officials to give grocery staff higher priority for testing and access to masks and other protections. 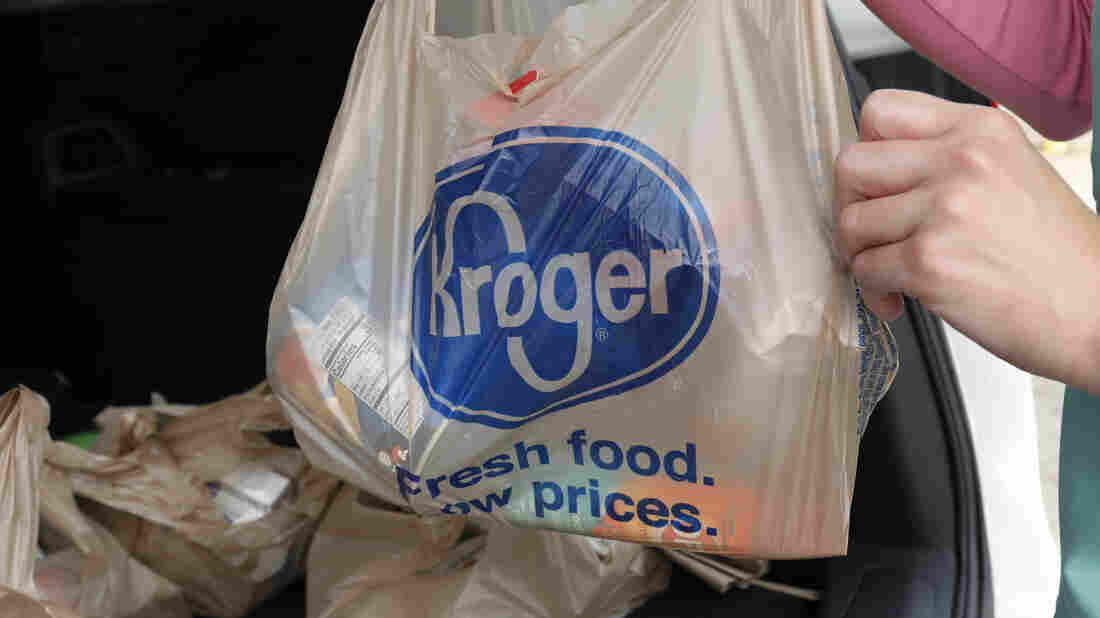 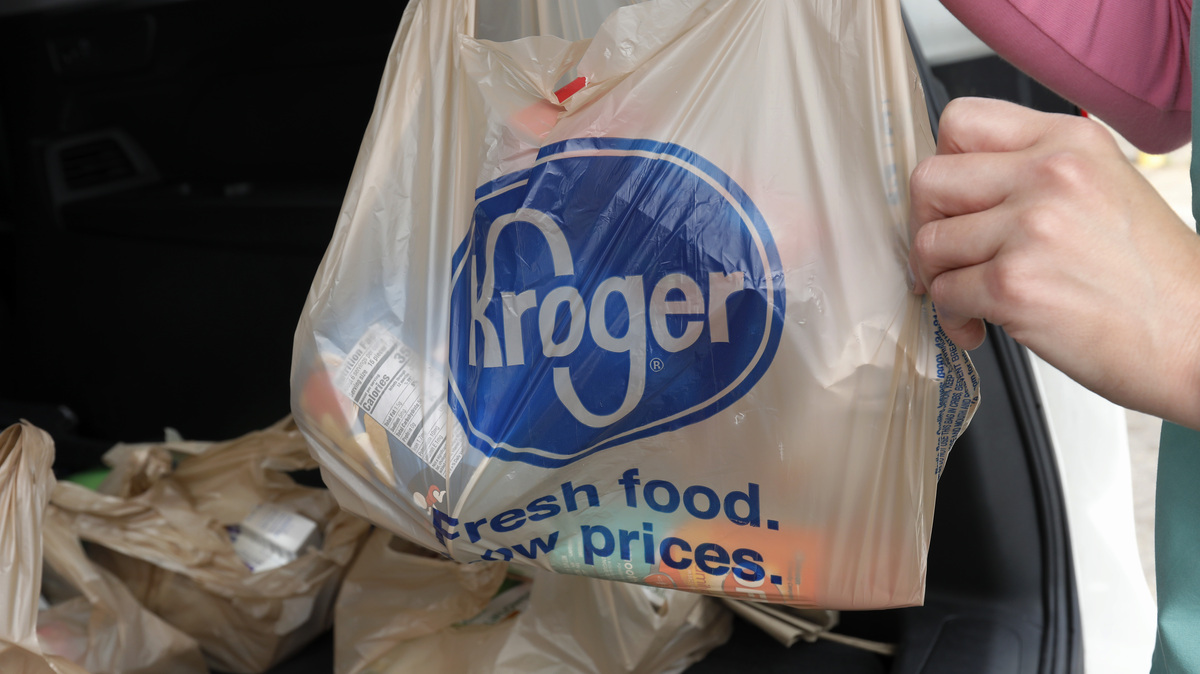 Kroger and the food workers union want grocery staff to be designated as first responders in the coronavirus pandemic.

Kroger, the largest U.S. grocery chain, has teamed up with the largest U.S. retail and food workers union in urging national and state officials to designate grocery employees as "extended first responders" or "emergency personnel."

The goal is for grocery workers to get a higher priority for COVID-19 testing and access to safety gear like masks and gloves and other protections. Stores have struggled particularly to access a steady supply of masks, which are in shortage. Health workers and other first responders are also desperate to get them.

With supermarkets declared "essential" businesses during the coronavirus pandemic, grocery workers have been fearing for their health and safety as they continue to work and interact with thousands of shoppers while most of the country is asked to self-quarantine.

Kroger's push with the United Food and Commercial Workers International Union follows a similar joint call last week by the union and Albertsons, the second-largest supermarket chain that also runs Safeway, Acme, Vons and other stores. The union says it represents the majority of grocery workers at both companies.

"Given the significant daily risk these workers face ... we are requesting our nation's leaders to assign a temporary designation of first responder or emergency personnel status for all grocery workers," Kroger CEO Rodney McMullen and UFCW International President Marc Perrone said in a statement on Tuesday.

The UFCW has pointed out that unlike traditional first responders, grocery workers "did not sign up to put their lives in danger and work on the front lines of a crisis like this."

Some 20 states have extended emergency child care benefits to grocery store workers, and eight states have strengthened consumer-safety standards like requiring shoppers to wear masks, according to the UFCW. New York and New Jersey have mandated personal protective gear for workers, while only Massachusetts offers free COVID-19 testing for grocery workers, the union said.

COMIC: Grocery Workers Are Essential, And Feeling The Strain

Supermarket chains in recent weeks began stepping up their safety measures, installing plexiglass shields at cash registers, limiting the number of shoppers allowed inside and checking workers' temperatures. The number of grocery workers who have contracted coronavirus or died of its complications has been climbing.