Accessibility links
Some European Nations Are Cautiously Reopening With Coronavirus Slowing : Coronavirus Updates Thousands of shops have reopened in Austria, and Denmark's elementary schools and day cares will be open Wednesday. Governments are aiming to bolster their economies without endangering their people. 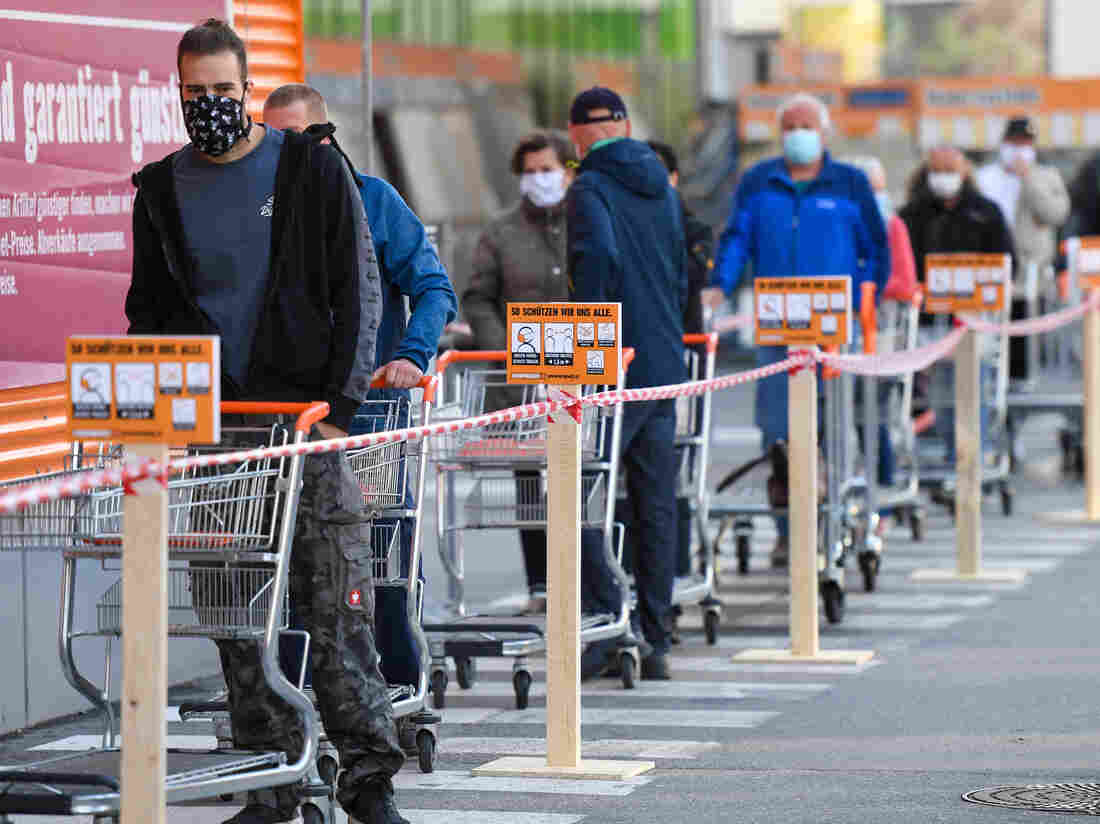 Customers wearing face masks line up in front of a DIY store in Innsbruck, Austria. The store reopened on Tuesday, after shuttering to limit the spread of the new coronavirus. ERrich Spiess/EXPA/AFP via Getty Images hide caption 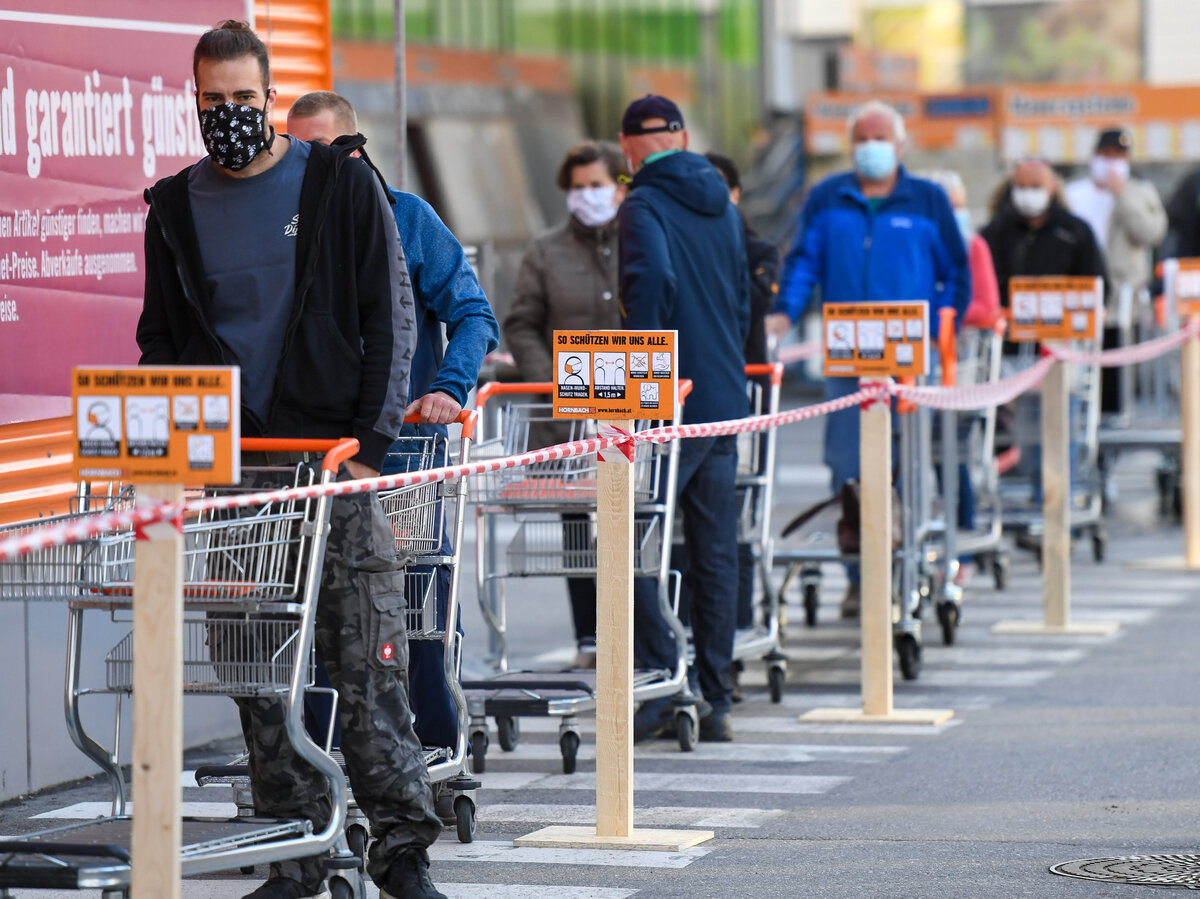 Customers wearing face masks line up in front of a DIY store in Innsbruck, Austria. The store reopened on Tuesday, after shuttering to limit the spread of the new coronavirus.

As the spread of the coronavirus appears to be slowing in certain parts of Europe, some nations are cautiously beginning to ease restrictions on business and movement.

Denmark was one of the first countries in Europe to announce that it would shut schools, borders and businesses, and fewer than 300 people have died from the virus. Now Danish authorities say that the spread of the virus has been slowed enough that the country can begin to reopen. Elementary schools and day cares will open their doors on Wednesday, but the move has been divisive.

As Sidsel Overgaard reports for NPR, concerned parents launched a Facebook group called "My Child Will Not Be A Guinea Pig for COVID-19." That group now has about 40,000 members.

The chairman of the Parents Union in Denmark, Signe Nielsen, told Overgaard that she's feeling secure about the situation and will be sending her kids to school this week, but she can understand others' worries.

"In Denmark we closed down the community quite fast and it was done by telling people, well, you can die of COVID-19 so people got really, really scared," said Nielsen. "And I think from the reopening point, a lot of parents need more communication about how it's not so unsafe for their children to go back to school. We need to make them feel secure."

Government officials say that by sending children back to school, parents can work from home more productively and bolster the economy.

In Austria, thousands of shops were allowed to open again on Tuesday. "I am incredibly relieved, both for my colleagues and for myself because it was a very, very long time for us, and above all an uncertain time," Vienna florist Barbara Kugler told Reuters.

The country closed schools, restaurants and bars about a month ago, and has seen 384 deaths due to COVID-19.

In the neighboring Czech Republic, which has had 161 deaths from the virus, the government is set to reopen stores and restaurants beginning April 20 — but people will still be required to wear masks. Certain shops including hardware stores and bike stores were permitted to reopen last week.

Czech Health Minister Adam Vojtěch said Tuesday that the virus' reproductive rate in the country was now less than 1, Reuters reports, meaning a person with the virus infects fewer than one person.

Spain, where more than 18,000 people have died, allowed manufacturing and construction work to resume on Monday. Other workers whose businesses were deemed important — from tobacconists to lawyers — were also permitted to leave their homes: an estimated 4 million workers, according to The Local Spain. Police handed out masks at transit hubs to returning workers.

The German National Academy of Sciences, the Leopoldina, sent a paper to Chancellor Angela Merkel and state governors with its recommendations for a gradual return to normality. Some 3,200 people have died in Germany.

The academics' requirements for such a return is that new infections stabilize at a low level, the health system is not overloaded, infected people are increasingly identified and protective measures — including masks and social distancing — are observed.

Merkel was to discuss the recommendations with her cabinet on Tuesday, and will meet with state governors via video conference on Wednesday to begin planning a path out of the lockdown — as well as strategies for dealing with an anticipated recession.

"I can say that the latest numbers on the spread of the virus give reason for cautious hope," Merkel said Tuesday, according to Reuters. "The curve is flattening slightly. And the number of those infected is going slightly down. We can be very happy about that."

"We must be happy that tougher restrictions may not be needed," she added. But, Merkel warned, lifting the restrictions too early could set back the progress that has been made.