Accessibility links
New Survey Highlights Racial Disparities In The Coronavirus Pandemic : Coronavirus Live Updates People of color and lower-income populations are more concerned about contracting coronavirus and spreading it unknowingly to others. 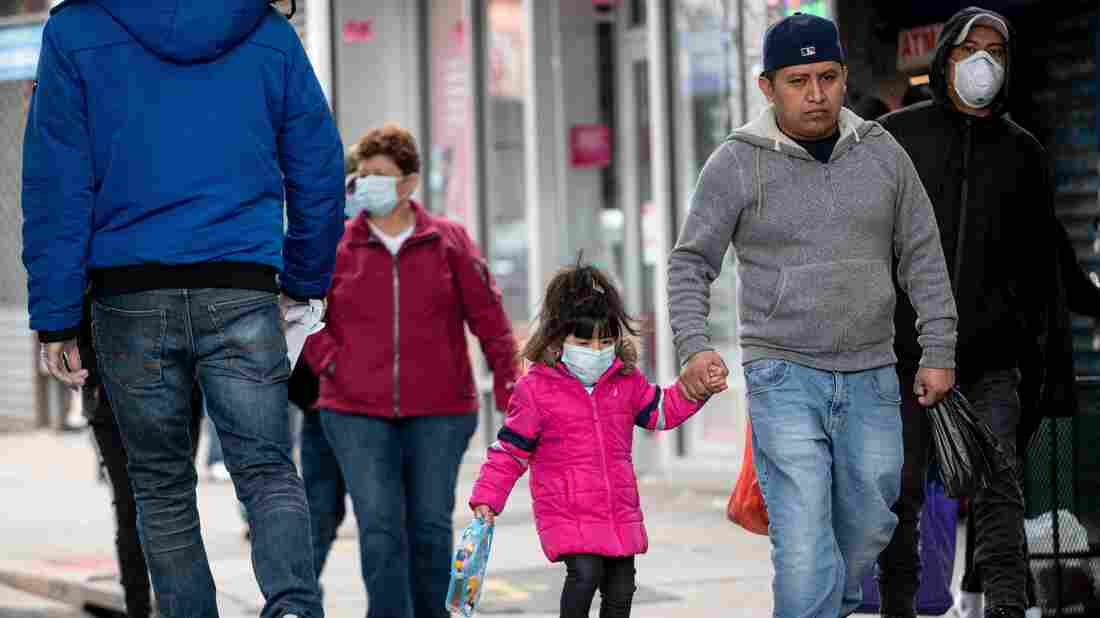 People, some wearing masks, walk down a street in the Corona neighborhood of Queens in New York on Tuesday. Johannes Eisele/AFP via Getty Images hide caption 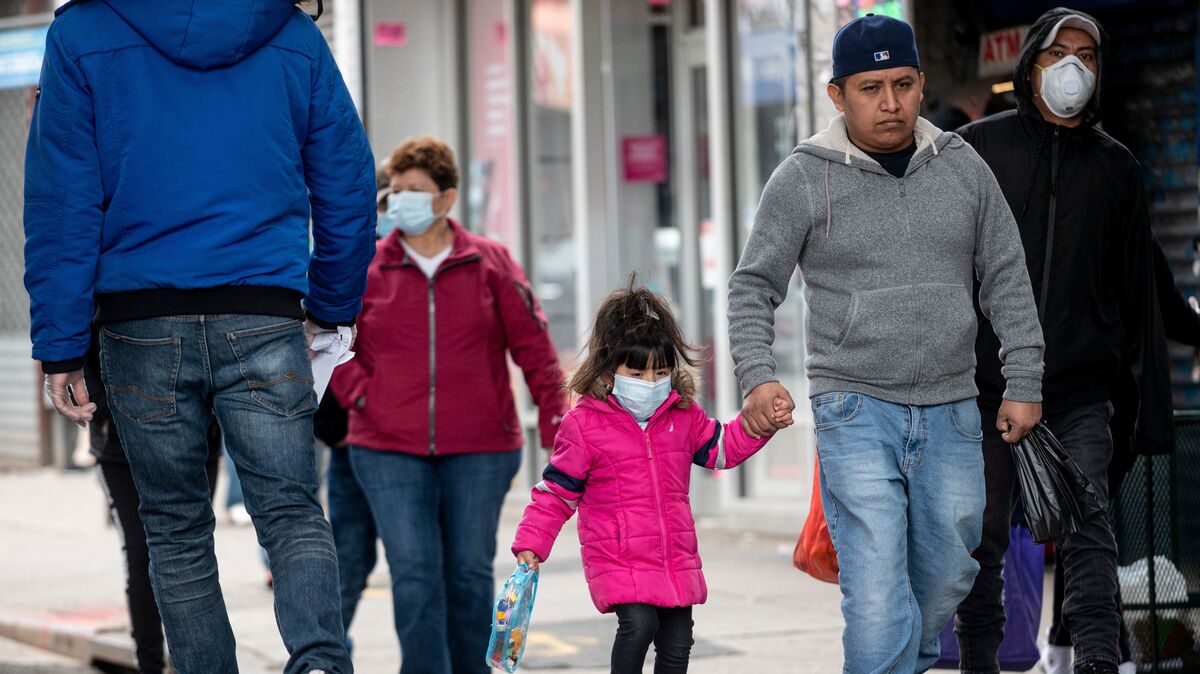 People, some wearing masks, walk down a street in the Corona neighborhood of Queens in New York on Tuesday.

A Pew Research Center survey conducted this month among 4,917 U.S. adults found that 27% of black people personally knew someone who was hospitalized with or died from COVID-19, compared to just 1 in 10 white and Hispanic people.

The results highlight how coronavirus is disproportionately affecting lower-income people of color.

The survey asked people how concerned they were about contracting coronavirus; of those polled 24% say they are very concerned about getting the virus. Of that group, one-third had lower incomes, versus just 17% classified as upper-income. Of that very concerned population, 43% were Hispanic, 31% black and 18% white.

Differences in income and race were also highlighted in responses to a question that asked people how concerned they were about unknowingly passing on the virus to others. Thirty-three percent of people surveyed said they were very concerned about passing on the virus without knowing; that percentage was composed by nearly half of Hispanic adults and 38% of black adults, compared to 28% of white adults. Thirty-eight percent of those very concerned that they could pass coronavirus to others unknowingly were lower income.

In the last weeks in places like New York city and Chicago, officials have reported people of color dying at higher rates from coronavirus compared to white people. Experts say this isn't because minorities are biologically predisposed to the disease, but as Dr. Jerome Adams, the U.S. surgeon general, said at the White House briefing last week, people of color are "more likely to live in densely packed areas and in multigenerational housing situations, which create higher risk for spread of highly contagious disease like COVID-19."